To Savor Through the Ages

“Ye are the salt of the earth: but if the salt have lost his savour, wherewith shall it be salted? it is thenceforth good for nothing, but to be cast out, and to be trodden under foot of men.” (Matthew 5:13)

From early Old Testament rituals, to the Savior’s teachings, and to modern usage, considering salt as a metaphor and a symbol can impact our lives and our connections with the Savior.

The earliest recorded scriptures include salt as vital in ritual sacrifice. Leviticus 2:13 specifies that “the salt of the covenant of thy God” must season every meat offering. Ezekiel 43:23–24 tells of a burnt offering consisting of a bullock as well as a ram, specifying that “priests shall cast salt upon them.” Salt was also sprinkled on the ramp leading to the altar to prevent the priests from slipping.

“Salting the earth” took place literally when a city was totally destroyed, as recorded in Judges 9:45 when “Abimeleck . . . took the city [Shechem] and beat down the city and sowed it with salt.” The salting represented a curse to come upon any who might attempt to rebuild the ruined place.

Salt (among people, not in the earth) was associated with covenants and miracles. A “covenant of salt” was part of the ritual of giving the kingdom of Israel to David and his sons forever (2 Chronicles 13:5). When Jericho was in desperate need of pure water, Elisha had the men of the city bring him a new cruse in which they had put salt. Elisha “healed the waters” by putting this salt into a spring.

A popular tradition holds that Roman soldiers were paid at least partially in salt or that salt was a measuring standard for paying them. People enjoy noting that the Latin word for salt was sal, as in “salary.”  But many historians say there is no evidence for salt payments.

Our use of salt as a metaphor and symbol comes from the Savior’s use of “salt of the earth” and reference to its savor in the Sermon on the Mount, representing the common but vital roles of His apostles.

The Savior extended salt to ordinances and relationships: “For every one shall be salted with fire, and every sacrifice shall be salted with salt.” He continued,  “Salt is good: but if the salt have lost his saltness, wherewith will you season it? Have salt in yourselves, and have peace one with another” (Mark 9:49-50).

In writing to the Christians in Colossae, Paul had another application of the salt savor metaphor: “Let your speech be alway with grace, seasoned with salt.” (Col 4:6).

God used the same savor symbol in motivating early saints of this dispensation: “When men are called unto mine everlasting gospel, and they are accounted as the salt of the earth and the savor of men . . . if that salt of the earth lose its savor, behold it is therefore good for nothing only to be cast out and trodden under the feet of men” (D&C 101:39-40).

Lessons from our knowledge of salt can remind us of connecting with Christ.

Pure salt, in addition to flavoring food, preserves it by preventing the growth of bacteria and mold. The only way salt loses either its preservation or flavoring potential is by contamination. Alone, salt remains at full strength for many years. Mixed with other substances, it is good for nothing but treading underfoot.

This tendency for easy destruction leads to many salt lessons, a common one being that as we let worldly values, influences, and behaviors into our lives, we lose the protection that the purifying gospel lifestyle has given us. We also lose the potential we might have had to teach and thus protect others. And we are in danger of losing the unique savor of our individuality as the influence of outsiders becomes stronger and stronger.

Current medical knowledge gives us more perspectives for viewing salt. Our human bodies contain salt—approximately four ounces of it. When our salt is deficient, “muscles won’t contract, blood won’t circulate, food won’t digest, and the heart won’t beat” (Kemper, January 1999, Smithsonian Magazine). As Russell M. Nelson often tells us, our bodies are incredibly complex, and they need the utmost awareness and care. Even salt can be crucial.

Salt lessons bind us as people with particular values and symbols. For example, in wedding and house warming traditions, especially those based in Jewish cultures, bread with salt is given as a gift. The bread represents the wish that the family will never know hunger; the salt is so their lives will always have savor. Remembering bread with salt reminds us of our common humanity, and of the importance of relating to and caring about others.

Because our Savior loves us, he wants us to live life, savor life, and enjoy life on the earth and afterward to our highest capacity.

About Eric Richards
Eric grew up attending the Mountain View Baptist Church in San Diego before missionaries baptized him and his mom. Later his own mission began in Honduras, and his son was called to serve in the same mission. Eric has served in several bishoprics, and as ward mission leader, high councilor, and stake Sunday school president. He is currently stake executive secretary. Professionally he teaches institute and seminary in the Utah North Area. For five years his team wrote the online seminary curriculum. He presents at BYU and BYU-Idaho Education Weeks, and he is active in interfaith dialogues and forums across the country. He’s best known for his popular "brotherichards" instagram and facebook accounts. He is the auEricthor of Preparing for the Second Coming and six popular fireside CDs at Deseret Book. Most of all, he loves teaching and being with valiant Christians around the world. You can read more about the author here.
Previous Post 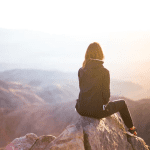 June 22, 2022
Browse Our Archives
Related posts from Connecting with Christ 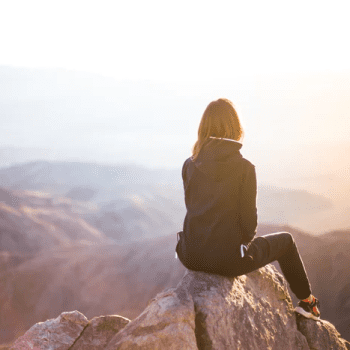 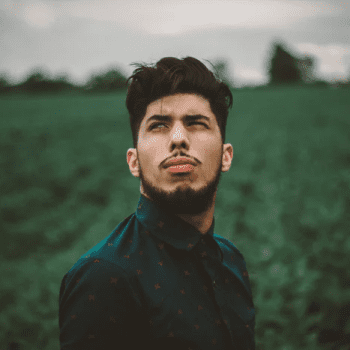 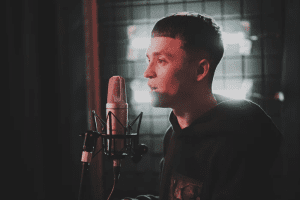 Latter-day Saint
A Hymn for All Seasons
Connecting with Christ