Most bible readers are familiar with Esau, who returned from his hunt feeling weak with hunger and passed his brother, Jacob, who was preparing pottage (think soup). When Esau asked for food, Jacob responded, “Sell me this day thy birthright” (Genesis 25: 29-34). Being a few minutes older than his twin, Esau would inherit a substantial birthright portion at his father’s death.

But Esau was hungry at the moment, and his father would live much longer. So he quickly swore to the exchange. Often referred to as “instant gratification,” wanting something at the moment vs. waiting for something of greater value is found often in the bible and worldwide today. Despite obvious risks that require challenging corrections, humans have a tendency to want what appeals to them—NOW.

Giving in to desire at the moment can involve risks. The biblical account notes, “Esau despised his birthright” (Genesis 25: 34). He was a hunter, who killed and took home meat, which he prepared with strong spices as he and his father liked it. He did not have spiritual concerns, as Jacob did. He was an in-the-moment sort of person. He married women of a foreign religion and heritage, to his parents’ grief; he wanted these women, so he took them.

Those who live in the moment today have potentially addictive behaviors not available to Esau. In addition to a wide variety of illegal stimulant drugs, they have their choice of innumerable alcoholic products and concoctions, tobacco and tobacco substitutes, and foods much less healthy than spicy meat.

Temptations of the moment are not limited to physical offerings. With advanced technology, advertisers know our weaknesses—what we like and what interests us. To entice us in the moment, they shove temptations much more sophisticated than pottage under our noses.

Esau enjoyed being his father’s favorite (Genesis 25:28). People like to be liked, and today’s social media build on this desire. They post idealized accounts and pictures of their lives to draw “likes” on their sites and make others desire what they “have.” And many viewers buy things they don’t need and can’t afford to obtain “likes” of their own.

Before Esau and Jacob were born, Rebekah was told by the Lord that her two sons would become two nations, and “two manner of people,” and that “the elder [would] serve the younger” (Genesis 25:23). Knowing this, Rebekah  helped Jacob obtain the greater father’s blessing, which Isaac had intended to give to his eldest. Esau pleaded for a blessing, but his blessing was that he would eventually escape the yoke of his brother. Esau threatened to kill Jacob, who fled.

Though they and their followers/families were still different “manner of people,” Jacob and Esau were eventually reconciled, when Esau (with a large number of wives) was in the process of becoming his nation and Jacob had 11 of his 12 sons (Genesis 33). Their relationship changed, but many years had been lost in anger and fear.

Those who have lived in the moment today can change. Unlike Esau, they can become “the manner of people” Christ wants them to be. Those with physically addictive behavior can be assisted by programs that guide them in the recovery process along with others who have similar problems. People with addictive spending or social media behavior can learn strategies for control, with outside (including professional) help available.

Consequences of in-the-moment behaviors must still be settled. Grief of family members and friends, as well as public embarrassment, are difficult, of course. If the behavior has resulted in debt, payment must be made. If law breaking is involved, penalties are required, including prison time if necessary.

Christ loves all of those He died for, and He offers his help and support for those who ask and are willing to accept it.

Many of us may not recognize precious birthright blessings in the moment. Family relationships, for example, are rights of birth. I recall a close escape.

I was trying to put all of my children to bed so I could check social media and read the latest news. Putting multiple children to bed is a challenge like no other. Finally there was one child left, but she was anxious to tell me about a story she was writing in school. It was a good story, but a long story.

After about five minutes, I was tempted to pull out my phone and multitask. I could scroll through the news without leaving my child. But then I realized that looking at my phone might send her a message like “You’re not as important to me as what’s on the news.” So I patiently listened—and  listened some more. Finishing, she asked, “Well dad, do you like my story?”

“I love it! You have great ideas,” I said truthfully. She smiled and said, “Dad, you’re the first person who has ever listened to my whole story.” She gave me a big hug and went to bed. I was the first to hear her whole story. I might have traded a special parenting birthright for some meaningless digital messages.

Living for the convenience and comfort of the moment can be tempting for most of us. With Christ’s guidance we can leave the pottage and hurry home to who and what matter most.

About John Hilton III
John Hilton III is an associate professor in Religious Education at Brigham Young University. He received a MEd degree from Harvard University and a PhD in Instructional Psychology and Technology from Brigham Young University. John has authored over 90 articles and written 12 books, including Considering the Cross: How Calvary Connects Us with Christ. John and his wife, Lani, have six children. They have lived in Boise, Boston, Miami, Mexico, Jerusalem and China. Currently they live in Utah. In his spare time John enjoys practicing magic tricks and learning Chinese. You can read more about the author here.
Previous Post 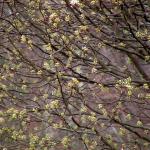 August 3, 2022 Lead Me Home
Browse Our Archives
Related posts from Connecting with Christ 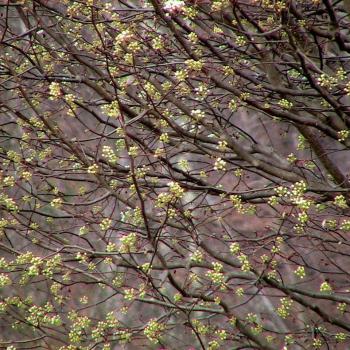 Latter-day Saint
Trees for Joy or Sorrow
Connecting with Christ 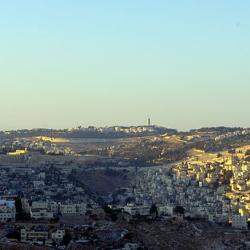 The Essence of Things
by Daniel Scharpenburg You may call it mind, or Buddha or sentient being,...
view all Latter-day Saint blogs
Copyright 2008-2021, Patheos. All rights reserved.
Close Ad