Testimony From Afar: Eternal Gifts of the Wise Men

As a child growing up on the U.S. East Coast in a home without religious teachings, I learned Christmas carols at school (legal in times way past) and in the neighborhood. With enthusiasm we sang, “We Three Kings of Orient Are.” We didn’t know where “Orient-Are” might be. The verses mentioned gold, frankincense, and myrrh. Gold was not a problem. Frankincense was a weird word that the song related to deity. The song gave “bitterness” and “gloom” for myrrh—not appealing. Now that I’ve come to know and love Jesus Christ, I understand the gifts of the wise men as prophetic gifts to the Savior, which may also represent His gifts to us.

Gifts to the Wise Men

No one today knows who the wise men were or where they came from. Gospel scholars advise that they were likely “holy men from a land east of Palestine” (Bible Dictionary; bd).

We do not know how many came. Songs, pictures, and creche sets designate three, due to the gifts of three treasures, but we don’t know enough about quantities or containers to assume a 1:1 relationship.

We do know about gifts of the spirit that the wise men received. They were blessed with spiritual knowledge and sensitivity (bd), enabling them to search out what they needed to know as they waited for the birth of the Son of God.

The wise men knew who Christ was and what he was destined to do. Guidance by the star included their ability to follow it. Church leaders suggest that these wise men were “actually prophets on a divine errand”(bd).

Gifts of the Wise Men

The wise men expressed meaning with symbols: comparisons (often verbal pictures or stories) that help learners understand deeper and more significant meanings for complex concepts (as in Christ’s parables). The gifts of the wise men were symbols of the life and missions ahead for Jesus. The gifts were the prophets’ testimony of Him.

Gold has traditionally been a symbol of royalty and power. Jesus’s kingdom is heavenly and eternal. He created this earth, and He reigns over all on it who are willing to accept Him. But unlike earthly kings, He does not force belief or loyalty.

We learn to recognize the gifts of our heavenly king, including His commandments and covenants, as aspects of His love for us. We also recognize our obedience as a loving response to His love.

Frankincense, a gum resin hardened from tree sap, burns into a white smoke. In the temple it was used as incense and as oil for anointing (thinkaboutsuchthings.com; tast). In religious practice, it represented Christ’s priesthood and sacrifice—aspects of His godly mission.

The gift of frankincense also had medicinal uses—easy to associate with the Savior’s healing.

Myrrh is both harder to spell and harder to understand—more abstract and complex. Its name comes from “Marar,” meaning “bitterness” (tast). The bible relates the gift of myrrh to purification and burial.

The process of extracting myrrh from the myrrh tree is a deep emotional symbol of  Christ’s suffering and sacrifice. “It must be extracted by piercing the tree’s heartwood and allowing the gum to trickle out into bitter red droplets called tears.” (For process and meaning, see tast).

The Savior was to endure bitter pain to give the incomparable gifts of purification and eternal peace to His people.

Gifts of the Savior

The symbols of the gifts of the wise men to Christ can also be considered in some of His gifts to us.

Christ shares with us His wisdom and power as king when He calls us to serve in his kingdom here on earth and in anticipation of His kingdom beyond the veil. As we pray for His inspiration and guidance, He comforts us with His love and sends the Holy Spirit to help with specific needs.

The power and blessings of Christ’s godhood are shared through His priesthood. Worthy male members are ordained to its callings and powers. Female members and children have priesthood blessings available in families and in ministering members.

We have His deity to be with us as we study the scriptures and pray to Him. Though we may sometimes feel alone (as part of our earthly trials), He will never leave us. He blesses all with the gifts of His priesthood and His presence.

Our Purity and Peace

All of us need the blessings symbolized by Myrrh. We need to be clean spiritually, but we do not have the power or capability to cleanse ourselves. As our time here ends, we seek eternal peace.

We need these gifts of cleansing and peace, taught by the dripping of red fluid from the Myrrh tree. Piercing is the only way to obtain these “tears.” As the Savior suffered the incomparable pain of physical, mental, and emotional piercing, He completed the Myrrh symbol according to His Father’s will and our need.

As we participate in symbolic gift giving of our own, we must remember the greatest gift of all time. As we follow the brilliant star of Christ’s teachings, we will be blessed with His present and eternal light.

About Sharon Black
Sharon Black has taught and designed curriculum for a private kindergarten as well as for the McKay School of Education at BYU. In the field of education, she has co-authored a few books and some book chapters, as well authored and co-authored more journal articles than she will bother to count. She has edited more books, book chapters, journal articles, and administrative documents and projects than anyone will bother to count (or should). Most significant, she has three children and one grandchild. You can read more about the author here.
Previous Post 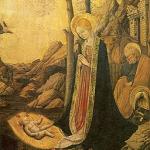 December 7, 2022 Miracles of Lights: Our Savior Has Come
Browse Our Archives
Related posts from Connecting with Christ 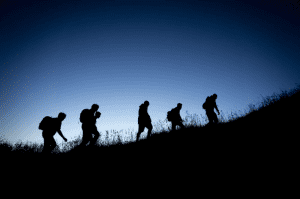 Latter-day Saint
Lift in Love: Forward on the Path
Connecting with Christ 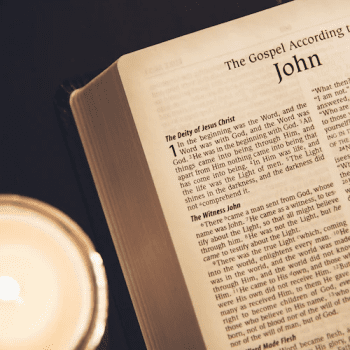 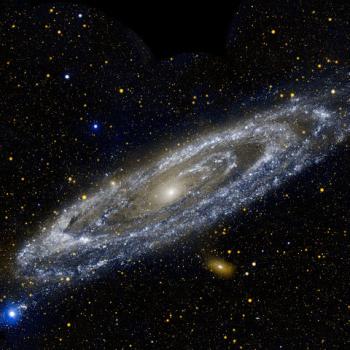 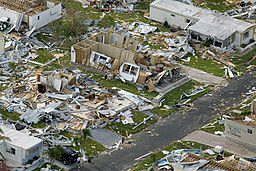 I'm Still Mad at Organized Religion
I'm not an expert at mental health issues, but I do know...
view all Latter-day Saint blogs