It was a steamy August day in New York when I first saw the statue of St. Rocco. The rain fell in a hazy mist that soaked through everything and added to the mystical feel of the encounter. The statue was wrapped in plastic to protect him from the rain. Around his shoulders was draped a red ribbon with dozens of twenty-dollar bills pinned to it. I was probably fourteen- or fifteen-years-old at the time and had never seen anything like a procession before. My small-city American experience of Catholicism was not much different from other Christian denominations. I was profoundly struck by the dramatic devotion of these middle-aged men swaying achingly under the weight of an ancient statue.

In the years since, I have attended the St. Rocco festival almost annually, have become a member of the St. Rocco Society, and have images of the saint with his injured leg and his faithful dog throughout my home. I regularly ask for his intercession. I’m even sipping tea from a mug with “Viva San Rocco!” printed on it as I write this article. This encounter with a statue and the people who carry it shaped my spiritual development and brought me closer to the Church. 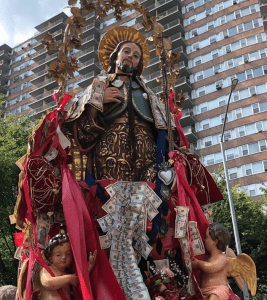 St. Rocco has been making more rounds on my social media timeline than usual in these days. As one of the patron saints of infectious diseases, I’ve seen everything from calls to resume processions (once the pandemic passes, of course) to anime-like comic books of St. Rocco’s life since the Coronavirus pandemic began its horrible spread. In a way, images of the saint have been making a sort of digital procession around the internet.

Tradition says that St. Rocco, born in France, was moved to make a pilgrimage to Rome during the plague of the fourteenth century. People suffering from the plague were miraculously cured by St. Rocco wherever he stopped along the way, until eventually he fell ill with the plague himself at Piacenza and was banished. He found shelter in a cave (self-isolation?), where a nobleman’s dog brought him scraps from his owner’s castle. Eventually, the nobleman found the suffering saint and brought him back to the castle to care for him. The plague left St. Rocco unrecognizable, so much so that he was jailed by his own uncle upon his return to France as a spy. Hagiographies differ as to how the truth of his identity became known – some involving angelic messages or miraculous birthmarks – but he quickly became a popular saint invoked against the plague, cholera, and other infectious diseases.

Today, we face a new infectious disease, one that humanity has never seen before and that we have been found unprepared to face. In an age when many find solace in the hope of technology’s capacity to save us, we resort to the same kind of preventative measures that humanity has relied on for hundreds of years: isolation, simple face masks, and most importantly, the love and generosity of others.

Among these “others” are the saints, especially those who our ancestors trusted to accompany them through times of epidemic. The people of Palermo have proposed parading the relics of St. Rosalia through their now-empty streets as was done four centuries ago. The Holy Father Pope Francis brought a crucifix that is credited with miraculously sparing Rome from a plague into homes across the globe during his outstanding Urbi et Orbi blessing. Does this turn to medieval spirituality – or “superstition,” as some might say – represent a sort of last resort desperation?

In a way, yes. In this territory that is unfamiliar to most of us, we are left bare in the face of our own fragility and filled with dread. Some desire to ignore this reality by hiding behind their youth, their belief that they understand the virus more than experts do, or even their faith (as seen in some churches that are still holding services and assuring congregants that God will protect them). But as the crisis becomes increasingly personal, the reality of our fragility will become undeniable.

Social isolation only further complicates this reality. In a time when Ways of the Cross normally fill streets and extended families fill dining rooms, we are confronted with a deafening emptiness. The inside of churches are only seen on livestreams. We must rely on our knowledge that the Church is the mystical Body of Christ, in which the saints also participate. We can ask saints to pray for us as we would ask friends and family, but why patron saints specifically?

St. Rocco suffered himself from an infectious disease. It damaged his body to the point that he was unrecognizable even to his own uncle. He knows the particular fear, the particular pain, and the particular hope in Christ that only someone who has had the concrete experience of such a horrible contagious disease. He understands the pain that we are going through as a society, having seen something similar himself first hand so many generations ago. He is able to relate to those suffering from the virus, those who fear the virus, and those who are fighting it. He prays for us in a deep and significant way, knowing from his experience our own needs, anxieties, and hopes.

This is the great value of having “patron saints.” The Church is universal and has spanned centuries. Her saints have come from every place and every people, and have experienced the deepest desolation and the highest ecstasy. They have been kings and beggars. There is someone who understands what you are going through in heaven because someone has gone through the same thing before. Trust in the prayers of the patron saint to lay your concerns at the feet of Christ.

About Ian Schaefer
Ian Schaefer is a secretary for the Department of Foreign Languages and Literature at Nazareth College in Rochester, NY. He studied history and theology at Fordham University and public administration at SDA Bocconi. You can read more about the author here.
Previous Post

April 7, 2020
Teaching in the Midst of Crisis
Next Post 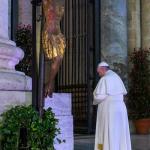 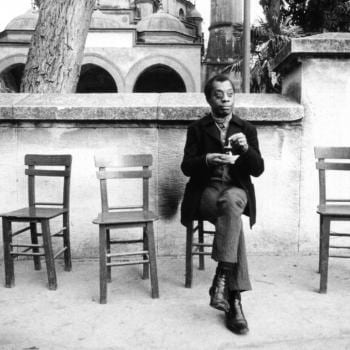