FX’s Pose, Gender, and the Endless Consumption of Authenticity

Considering the greater anthropological and metaphysical issues at stake here, it’s important to examine the relativistic notion of freedom on which gender theory depends. To do so, I’d like to point to the examples put forth in the popular FX series Pose. 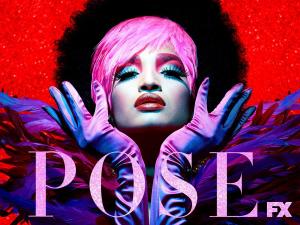 The show features characters (and actors) who have transitioned, and who likely do experience Gender Dysphoria. Though it appears to promote respect and tolerance for people with GD, the show does much more than this. It presents a world in which this postmodern anthropology is not just accepted, but is made normative. The microcosm the show creates reveals the ultimate trajectory of relativism, should it be embraced universally (which, director Ryan Murphy is keen to tell us, it should be).

The plot of each episode revolves around the characters’ involvement in Manhattan’s “Ball scene.” A ball is a type of nightclub in which a number of Houses compete to perform a specific “category.” These performances include a combination of dancing, gesturing, and showing off wardrobe (or lack thereof).

In one episode, “Pray Tell,” the MC, announces that the category is “luscious femme queen body.” Each House selects one of its members to stage a performance that accentuates their body’s feminine attributes. Candy, of the House of Abundance, struts her stuff, only to be mocked by the audience for her skinny, “boyish” bodily features.

She walks out ashamed that her femininity is being questioned. Apparently her female clothes, makeup, and hormone therapy were not enough to make her a “real” woman. She decides to get silicone injections in her breasts and buttocks in order to make herself appear more feminine. Seeing as she doesn’t have health insurance, she seeks out underground house doctors who will give her the injections at a reasonable price. The cheapest option presents significant health risks — several of the girls who have seen this doctor have gotten infections. She decides the risk is worthwhile — as long as she comes out looking like a real woman. 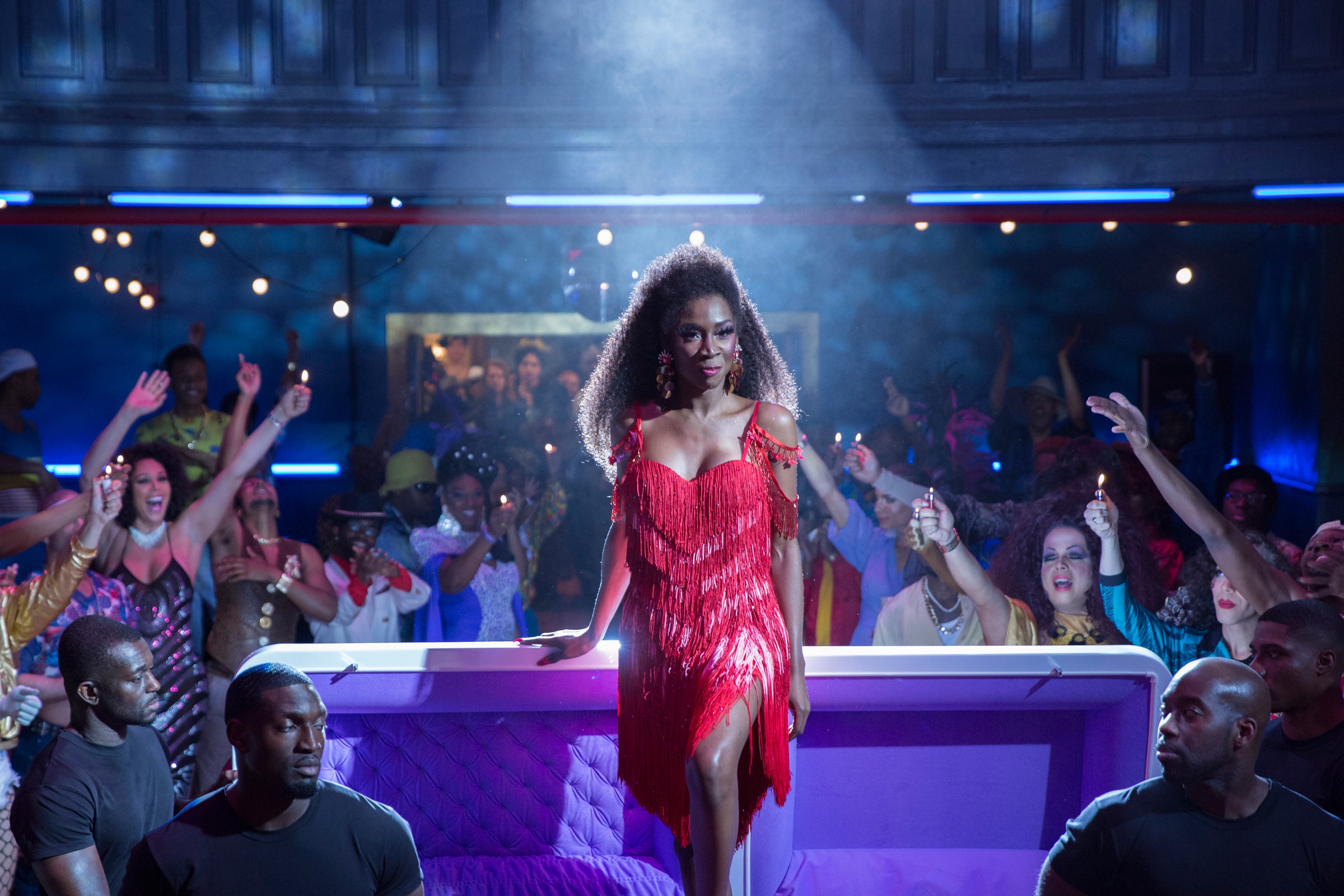 In another episode, Elektra, the Mother of the House of Abundance, contemplates getting a gender reassignment (“gender confirmation”) surgery. While she boasts that she can pass as a woman on Fifth Avenue and flirt with cisgender heterosexual men at bars, she laments that, with her penis, she remains incomplete. It’s worth noting that “passing” is a major determinant of status in Ball culture, which can be further bolstered by the amount of cisgender heterosexual partners they attract to themselves.

After going through with the surgery, she returns to the ball. The crowd fawns over her, and she receives well-wishes for becoming more fully herself . . . many asking her how it feels to finally have “gotten rid of it.” 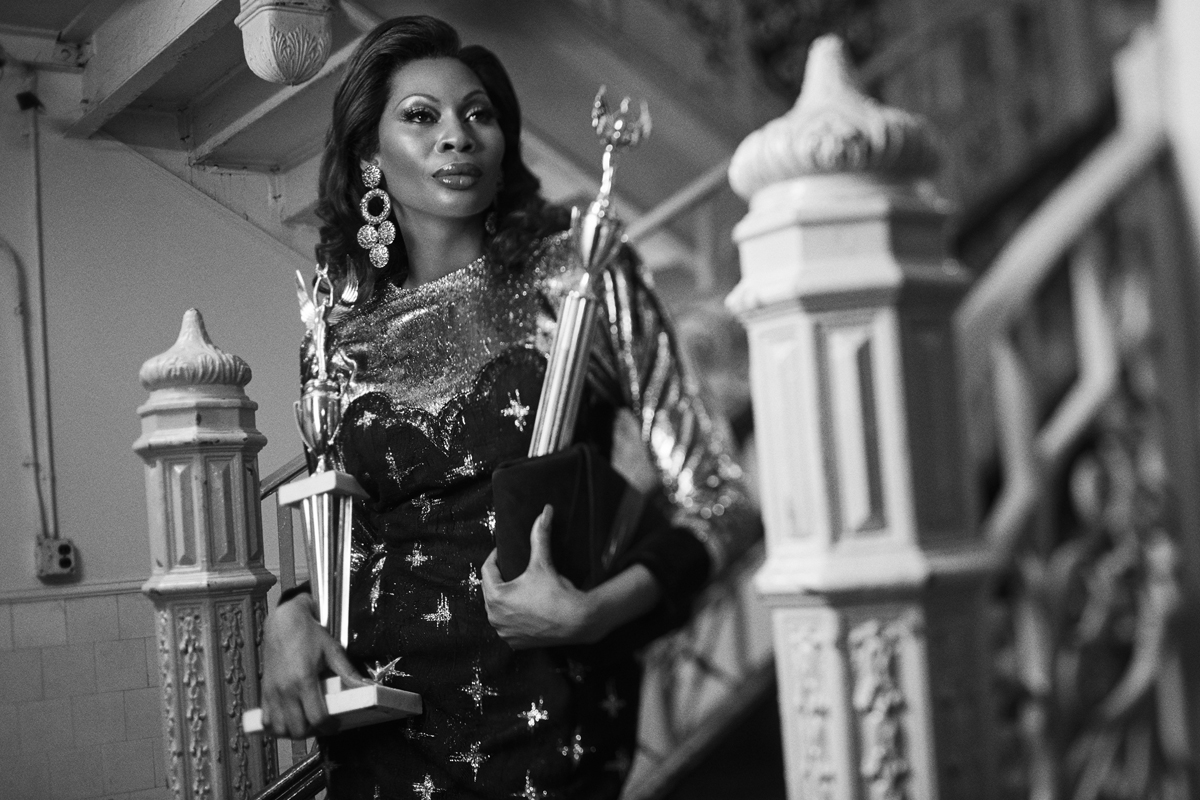 We begin to see that masculinity and femininity are not revealed through the body, but are imposed on the body. Thus the competition to be truly masculine or feminine is fierce. “Who is your doctor? Where did you get those clothes?” the crowd calls out, heckling those who they deem to be less “real” than themselves. The body in itself does not adequately render someone a true man or woman. But if you’re lucky enough to muster up the money, you’ll surely be able to purchase true femininity.

In one category, “Perfect Ten,” the women are told that they must have “face, body, and realness.”

It would appear that those who can’t afford to upkeep the “glory of their femininity” are not worthy of the title “woman.”

Conversely, in a category for cisgender (gay) men, “Butch Queen Body,” Pray Tell invites the men to show off “all that sexy-ass masculinity.” The first contestant proceeds to rip of his tank top and reveal his muscular body as the crowd goes wild.

The show reveals the ultimate trajectory of gender identity as performance: a never-ending race toward authenticity that only the elect can endure. The obsession with acquiring adequate clothing, makeup, body structure, and genitals makes up the content of true masculinity and femininity. Your body in itself is never masculine or feminine enough, something must always be added. We must always outperform the others, or your previous, less perfect expressions of your identity.

This utopia of freedom is undercut by a never-ending drive to acquire and consume more. The promise of freedom granted through the elimination of nature and the subsequent right to construct an identity of our own belies a tragic miscalculation.

The severing of gender identity from the body’s generative powers impacts not only those with gender dysphoria, but also “cisgender” males and females. Somehow a woman who does not match the glamour and aesthetic precision of a drag queen is less a woman. No matter how much time she spends caring for her children or maintaining a job, if she does make time to upkeep her appearance, she is bound to be out-performed by “real” women who can afford the means to be more authentic than her. Same thing goes for the father who strives to serve his family, with his shockingly unimpressive “dad bod” . . . or the man who dedicates his life to serving the Church through the priesthood. With their schedules packed with activities that involve service to people other than themselves, they will surely be outperformed by the “sexy-ass” man who has enough time on his hands to go to the gym daily.

This view also imposes a hefty burden on those who face more severe limitations than others. The performance of identity (especially of gender identity) requires artifice — props, goods, and often medical services. What about those who have limited access to these “tools” for authenticity — whether due to economic or medical reasons?

In the end, liberalism defines people as simply property owners, narcissistic self-owners, choosers and consumers. Aquinas thought that our natural orientation to something outside ourselves was fundamental to our being. Liberalism, by contrast, denies the importance of relationships. Thereby it encourages the undoing of community, locality, and beauty — and also marriage and the family.

And there is, naturally, money to be made out of all this. Husbands, wives, children, and adolescents (this last an invention of the market) are more effective and exploitable consumers when they are isolated. Fluctuating identities and fluid preferences, including as to sexual orientation, consume still more, more often. and more variously in terms of products and services. The fact that the market also continues to promote the nuclear family as the norm is not here to the point — of course it will make money from both the “normal” and the “deviant” and still more from their dispute. Ultimately, profits will accrue from reducing the heterosexual norm to the status of just another “lifestyle choice” . . . the poor or relatively poor simply cannot afford the experimentation with sex, drugs, and lifestyle that can be afforded by those cushioned by wealth. Thus the result of sexual liberalism and the decay of marriage as a norm for working people is too often women left on their own with babies, and young men (shorn of their traditional chivalric and regular breadwinning dignity) driven to suicide.

At what point does our performance reach the apex of true authenticity? Is my power, my human energy, sufficient to reach the heights of authenticity to which I aspire? Can mere benevolence and social conditioning keep my desires in check?

The anthropology on which this promise relies offers no viable response to the reality of Original Sin. Be who you want, do what you want, and when doing so starts to get out of hand, your left on your own to make yourself free again. This view does not account for our limitations and for the ephemeral nature of our aspirations and whims.

Perhaps one day I feel comfortable in my skin. The next I don’t, because I see someone who passes better than I do. So I buy nicer clothes, I inject more hormones to eliminate some of my masculine facial features. And the next, I miss my birth sex, and start to stuff away the impulse to return to it. If our identity is not given to us by Someone who promises us lasting liberation, then we are constantly at the mercy of the limited and often confusing forces of human power and desire.

This is the second part of an article I previously published with Homiletic and Pastoral Review on “Male and Female He Created Them,” the Congregation for Catholic Education’s document on gender theory and education, which was published around this time last year. I will continue posting the subsequent parts of the article within this series. 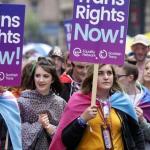 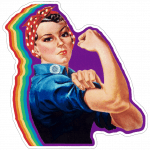 June 17, 2020 The Bright Side of Gender Theory
Recent Comments
0 | Leave a Comment
Browse Our Archives
get the latest updates from
Cracks in Postmodernity
and the Patheos
Catholic
Channel
POPULAR AT PATHEOS Catholic
1