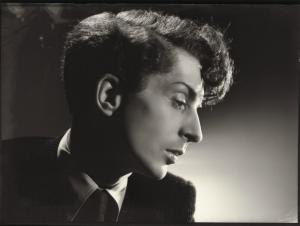 Quentin Crisp, the British aesthete, came to fame in the 1940s for being one of very few publicly vocal flamboyant gay men. In a manner similar to De Sade, Crisp understood his own homosexuality not as a morally neutral mode of self expression. Instead it was a means to subvert both cultural norms and the design of nature.

Crisp was constantly in search of a “Great Dark Man”: a mythical figure that homosexual men grasp at who embodies everything “they wish they themselves were: young, frail, beautiful, and refined”…a kind of platonic, Adonis complex, if you will. “The exotic had for them a great lure based on its rarity.” Crisp eventually came to the conclusion that he will never find this exotic, mysterious figure.

“Even under an exterior as rugged as a mountain range, there lurks the same wounded, wincing psyche that cripples the rest of us.” Though most homosexual men will take on a variety of “roles” or positions in their sexual encounters, they are in “search perpetually for a real man who desires passionately another man.”

“This being, if he exists, is so rare that one might as well enter a monastery on reaching puberty.” Crisp saw the gay man’s attempts to find true love with another “real” man to be grasping for the impossible.

Crisp posits that homosexuality is predicated on an unfulfillable desire for the impossible, and thus he accepts that he will never find complete sexual fulfillment. This almost Augustinian sentiment brings him to face his mortality.

“I can never get it into my head that I shall one day die,” he says to his friend’s Polish lover. “Neither can I,” she replied, “but I practice like mad.” Their “progress toward the grave” became mirror opposites of each other: the Polish lover converted to Catholicism and became a nun, and Crisp “took to sex” which “became a time-filler and ceased to be the pursuit of an ideal.”

One day the nun came to visit Crisp and her former lover. “The trouble with human nature is that you’re stuck with it,” she told them. “Every hour has been agony, but I could not have done otherwise.”

Crisp responded that he found it to be “much the same with sex,” except that in pursuing the mythical Great Dark Man, rather than the Mystery of the Divine, “for the ennobling influence of anguish I was substituting the degrading effects of discomfort and exhaustion.”

The unfulfillable desire to be loved by a real heterosexual man turns the gay man into a sort of prophet, or as Paglia puts it a shaman of our times. The gay man’s desire testifies to the inherent tension in all human beings between themselves and some mysterious, “impossible” fulfillment. Homoerotic desire is in constant tension between the unnatural and the super natural, the truth and lies, but god forbid the ordinary or conventional.

Upon visiting a Post-Stonewall America, Crisp criticized the attempt to normalize that which is inherently subversive, to reduce it to a merely neutral form of self expression, which to him amounted to annihilating its cultural significance, thus rendering it utterly dull and boring. One could only dare to imagine what Crisp would have to say were he alive to watch the passing of Obergefell or the baby photos of the atrociously bourgeois Mayor Pete. 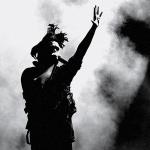 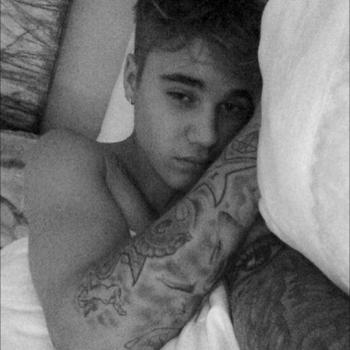