Get updates from Daffey Thoughts delivered straight to your inbox

It’s time to tear down the Washington Monument

It’s time to tear down the Washington Monument May 8, 2017 Dave Griffey

Why should we have a monument in our capital named for a hypocritical racist slave owner?  Or for that matter, why should our capital be named for one?  Mark Shea explains.  Mark isn’t advocating the eradication of Washington’s name from his home state, or the destruction of the Jefferson Memorial, or the closing down of Independence Hall, or moving the presidential residency from a building built on the backs of slaves.

Nothing in his post, however, could be used to condemn such actions.  In fact, the post could be used to defend such actions.   As a Believer, I’m a little bothered by the sudden emergence of the ‘erase the Confederacy and everyone in it’ movement that has gained steam since the Charleston Shooting.  Mark himself decried the sudden removal of Confederate symbols from museums and other historic locations.

Nonetheless, he seems fine with the removal of monuments for even such luminaries as Robert E. Lee, who often was compared to Erwin Rommel, a brave and noble man on the wrong side of the debate.   Sure, you could argue there is a dearth of high schools or statues celebrating Rommel, but that is because for the longest time, people actually believed that the American South, if not America, and Nazi Germany were different animals.  Now, of course, those differences are eroding.  Since there is typically good and bad in most people, places, and things, deciding to weigh all equally on the Nazi Comparison scale seems a dangerous trend.

In fact some could argue, as Mark appears to, that there was little moral difference between the North and South.  Perhaps the rest of the US was every bit as bad.  And if so, then why keep anything honoring it or those who fought for it?  No more God bless America?  Just God damn America?  Perhaps.  Given that in my lifetime I watched a concerted effort to stop seeing such historical luminaries as Attila the Hun, or such civilizations as the Vikings or the Mongols in purely negative ways, I have a hard time seeing the reverse trend when it comes to America.

If we continue, then where you draw the line is up for grabs.  Do we eradicate monuments for those who hypocritically fought racist nations in WWII while supporting a similarly racist nation at home?  Gone with D-Day ceremonies and Pearl Harbor memorials?  Do we go back to WWI?  We watched a PBS special on the Great War and, to be honest, I didn’t see much time devoted to the home front that didn’t involve racism, discrimination, persecution of minorities and immigrants.  Not much praiseworthy there.  There goes Veterans Day.

Perhaps draw it at the 20th Century? I don’t know.  Are all societies that owned slaves to be eradicated?  All who conquered to be forgotten?  As this little piece points out, we could redraw the ‘all to be condemned, none to be honored’ line anywhere.  From a few years ago to thousands of years ago.  Pretty soon all could be condemned for failing to live up to the standards of now, or basic morality then.

It certainly could include religions known for raising armies to butcher heretics, torture infidels, persecute religious minorities, murder innocents because of witchcraft and most recently, employ systemic cover ups over rape and sexual abuse.  After all, if it’s complete guilt due to sins of the age without considering any positives for balance, then what’s good for the Confederacy now might just be good for other things (hint: Catholicism) later.

And it doesn’t even have to stop at all things Europe!   Nope, not seeing a good trend here.  More lack of balance and perspective than real desire for learning.  They say history is written by the winners.  That certainly seems to be the case unfolding before our eyes.  And if it wasn’t good when past eras overplayed the sins of the defeated, I can’t imagine it will be good this time. 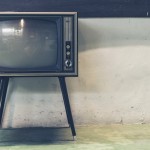 May 7, 2017
The strangest thing I've watched in years
Next Post

May 10, 2017 When did the Catholic Left decide salvation is only about works?
Recent Comments
0 | Leave a Comment
Browse Our Archives
get the latest from
Catholic
Sign up for our newsletter
POPULAR AT PATHEOS Catholic
1

Catholic
If the Confederacy was the same as Nazi...
Daffey Thoughts

Catholic
Only fools and Catholics think it will end...
Daffey Thoughts