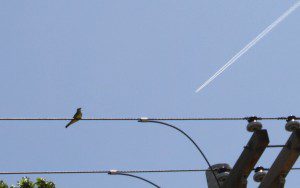 My greatest fear is living a life that doesn’t count for something.

(OK, I’m also afraid of bad things happening to my children, Zika virus, and large, hairy spiders–but that’s another story).  I’m afraid of living a life that doesn’t matter, that amounts to a shrug at my funeral.  I’m afraid of  counting for nothing.

If you’re anything like me, when you graduated from some place, some time (it doesn’t matter where or when), they told you to go out and make a difference.  Change the world.

You might have thought that what they were talking about is life out there, moving fast, shaking things up–probably off in the City.  You might have imagined a sort of jet-setting life where you would make peace in Timbuktu but wouldn’t have to make your bed.  It was life lean and gleaming like a rocket, fueled by potential.

Some folks live that sort of life.  I’ve met them, mostly by accident.  I once shook hands with someone in a lunch line at an event and later realized he was Really Someone, the guy who writes books and endorses candidates and holds rallies for environmental justice.  But when we met, we were just two guys holding compostable plates and eyeing the kale salad.

Most of us don’t live Great Big Lives, and even when we do, we still have to wait in line for the salad bar and make our beds.  Does this mean that we’ve failed?

It can feel like that sometimes.  We can slide into indifference and apathy.  The ancient desert monks used the word acedia to describe the feeling.  Thomas Aquinas listed acedia among the Seven Deadly Sins.  And acedia is indeed deadly.  It erodes our sense of worth, our sense of self, and it drives us into the arms of escapism and apathy.  In my mind, acedia is the great scourge of our age, the especially deadly sin of rural communities, because it’s in our rural communities that we can sometimes feel like everything we do is so small, like it doesn’t matter.

In the picture that goes with this post, there’s a jet rocketing overhead at 39,000 feet, dragging a cotton tail of combustion.  It’s big and moving fast.  There’s also a flycatcher balanced on a power line, poised to snatch a bug from the air.  The bird leaps up to eat and then delicately returns to its perch.

Maybe this is a kind of fable, like the tortoise and the hare.  Maybe it’s a visual parable.  Do you see that jet?  Do you see that bird?  Thus is the Kingdom of Heaven, a flycatcher that returns to its perch.  It waits and watches.  It stays close and thinks that what it’s doing is just as important as what that jet is doing.  Both fly.  Both count for something.

Maybe that flycatcher will leap up and snatch that jet right out of the sky, metal skin wriggling against its beak.  It won’t hurt that jet.  Not at all.  It will just plunk it down in the middle of our place and our time and say, do you see?  It all matters! 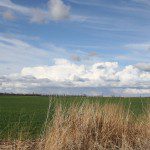 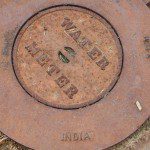 June 29, 2016 Foundry
Recent Comments
0 | Leave a Comment
"Thanks for reading!"
Bradley Roth Who Will Roll Away the Stone? ..."
"So very insightful and will be something I read often Thanks"
Ron Who Will Roll Away the Stone? ..."
"Yes! Thanks for your comment and for reading! You're right: we forget that Augustine was ..."
Bradley Roth Why We Should Reconsider Augustine
"It is also true that only Cicero competes with Augustine in terms of the fullness ..."
PhillipWynn Why We Should Reconsider Augustine
Browse Our Archives
get the latest updates from
The Doxology Project
and the Patheos
General Christian
Channel
Books by This Author Books by Brad Roth 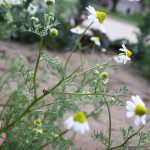 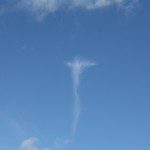