On planting garlic on Thanksgiving 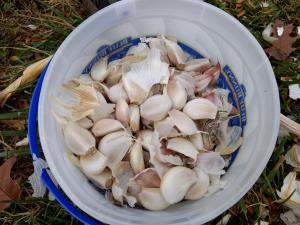 Psalm 95:2 Let us come into his presence with thanksgiving; let us make a joyful noise to him with songs of praise!

I planted garlic on Thanksgiving.  The evening meal was in the oven, and I went out into the unusually warm November afternoon to tuck garlic cloves into the earth.  I trenched a row and laid each of them down.  For some reason, the cloves reminded me of babies, soft-curved and swaddled in white.  I pulled the dirt over them like a blanket.  I gently crumbled it down.  Sleep, little ones, sleep.  Dream spring dreams.  Send scraggly roots down.  Spear green scapes up.

Planting garlic was on my to-do list.  But it also felt like a thankful thing to do, an act appropriate to the day.  I gave thanks while I planted: for the soil, for the garlic itself, for our little corner of God’s fall-brown earth where I could kneel to lay my cloves down. 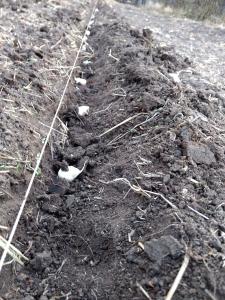 Thankfulness can take on egotistical tones.  We focus on what is good for us, in our lives.  On the one hand, what else would we do?  How else can we give thanks if not by bearing witness to what God has done in our lives?  In that way, thanksgiving is always a kind of testimony.  But it strikes me that thanksgiving for followers of Jesus always pours forth in something beyond our personal satisfaction.  It’s not just thanks for what we have.  It’s thanks that becomes thank-offering.

The “thank-offering” is listed in the catalog of offerings found in the Old Testament.  It’s called todah in Hebrew, and the thank-offering is a subcategory of the offering of peace or well-being (cf Leviticus 7:11-12).  It’s the sacrifice of an animal, with the addition of the offering of flour cakes.  The priest keeps the cakes, but those who bring the sacrifice eat the meat in a ritual meal.  While Christ has given his life as the ultimate sacrifice to fulfill the demands of the Law and pay the penalty of sin, the logic of the thank-offering still holds true.  Our thanksgiving points toward God and pours forth in an offering greater than ourselves.

Hope for the future is one way that thanksgiving points toward God and pours forth in something greater than ourselves.  If God has been good and merciful to us before (thanks be to God!), then we can count on God’s goodness and mercifulness in the future.  Single garlic cloves go into the earth in November, and in a miracle of multiplication, we yank whole fat heads from the soil in June.  That takes hope.  When we give thanks, we have a hopeful, Godward orientation.

Thanksgiving transmutes into action.  Gratitude in our hearts becomes service and generosity, kindness and love of neighbor.  It’s Jesus’ measure in the parables: “From everyone to whom much has been given, much will be required” (Luke 12:48).  No doubt Jesus’ words are a warning, but I also take them as an invitation to generously commit our lives to something bigger than ourselves.  Our congregations and communities are good places to start.

The todah thanksgiving offering of the ancient Law required a sacrifice.  I’m convinced we need sacrifice for our lives to be rich and complete.  For us, it’s no longer the blood sacrifice of the Old Testament, but rather fashioning our lives as a “living sacrifice, holy and acceptable to God” as Paul wrote to the Romans (Romans 12:1).  Sacrifice is not just a one-off event; it’s a way of life.  We’re called to live in ways that point toward God and that are committed to something greater than ourselves.  We bear with one another in the hard work of community.  We give and volunteer.  We discover our deepest meaning in an outward-focused life.  Paul diagrammed the mathematics of thanksgiving and sacrifice in his second letter to the church in Corinth.  He told believers in Corinth that their gift to alleviate the suffering of fellow Christians in Jerusalem “overflows with many thanksgivings to God” (2 Corinthians 9:12).

What goes around comes around.  In thankfulness we offer our time and treasure, and those offerings are received with thanksgiving that make their way up to God. 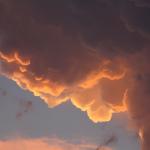 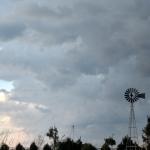 December 2, 2017 The Gospel of God's Judgment
Recent Comments
0 | Leave a Comment
Browse Our Archives
get the latest from
The Doxology Project
Sign up for our newsletter
Books by This Author Books by Brad Roth 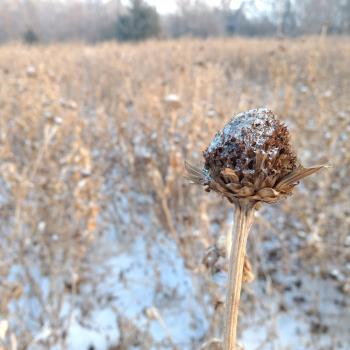 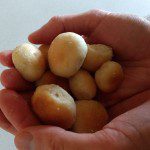 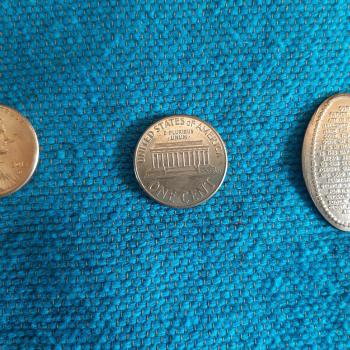 General Christian
Prayer Engraved on the Heart
The Doxology Project 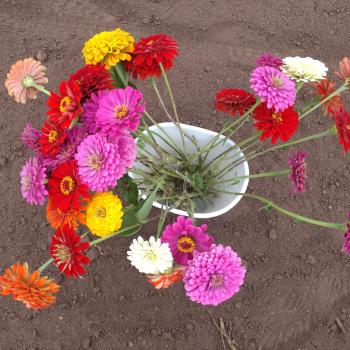 Are You Bleeding Out?
Exsanguination or bleeding out can take anywhere from two to eight minutes...
view all General Christian blogs
What Are Your Thoughts?leave a comment
Copyright 2008-2020, Patheos. All rights reserved.