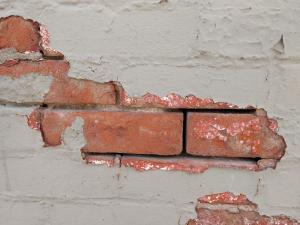 Once, after I preached my heart out at a funeral, a man sized me up and said, “You’ve got young blood in you!”  I didn’t know what he meant, but I took it as a compliment.

These days, I’m not so sure I want to be thought of as having “young blood.”  To be sure, there are plenty of ways that being young is fantastic–at least to a certain point.  While we might remember with fondness our hale twenties, most of us wouldn’t pick to return to childhood.  St. Augustine said that if given a choice between dying or becoming a child again, anybody in their right mind would “shrink in dread” from the idea of repeating childhood and leap at death instead (City of God, XXI:14).

In any case, our society admires what is new and young and despises or avoids the old–at least old things, but often in subtler ways, old people too.  Which sets Christians up with a little conundrum, because Christianity is an ancient faith. We can deal with this in different ways. Some deconstruct the faith, paring down worship to its barest essentials and avoiding the hoariest swathes of the Bible (begat, begat, begat)–patriarchy and its discontents.  That approach may sound promising, but we usually just end up polishing a little mirror for ourselves. Oh look!  The Bible affirms our consumerist impulses!  Or we just twist the dial down to lukewarm and get on with life, the gospel starring as Number One Bromide: Be nice, unless treated meanly.

But maybe all of that leads us nowhere–at least, nowhere interesting and good–and more likely leads to the deadliest kind of abyssal nowhere, the blah, blah, blah afterlife that the Bible calls “Sheol.”  And the thing about Sheol is that it always refuses to respect the banks of death and sloshes right on into our alive-and-kicking present.

That’s all fine and good if you’re okay with life fingerpainted in smears of gray.  But most of us long for something composed of a denser palette, and that’s where we need the gifts of an ancient faith.  Here are two:

1. Old Word. A couple of decades or a century or so ago, a long, dull sliver of doubt lodged itself between our minds and our Scriptures.  We quit trusting the Bible. We just couldn’t do it anymore. Blame the Enlightenment or Charles Darwin or the mustard gas of WWI, but gone were the days when we could believe with abandon.  It’s not that we suddenly got so much cleverer, woke up or something. Augustine again, writing in the 5th century in his City of God (book XV), catalogues a whole basket of doubts he’d heard regarding the lifespans recorded in Genesis 5, so puzzling in their precise impossibility–like Methuselah begetting Lamech when he was 187.  So the doubts have always been out there. But somewhere along the way something fundamental changed. We approached everything with a bristly hermeneutic of suspicion. We started to hold the Scriptures at arm’s length.  So now we find ourselves–in society at large, or the church, or maybe it’s both–trying to get by on the vapors of a lingering fondness for the Bible as literature. Yet so many find that they can no longer trust or love the Scriptures.  (Sit in on most any liberal arts Bible 101 class and you’ll see what I mean). 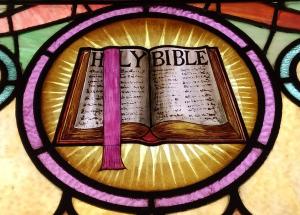 Here’s what I think: We need the old word of the Scriptures, a word that comes to us from outside the cardboard box of Western culture and that has the power and integrity to nudge our lives out of their usual comfortable and self-destructive courses.  It could be that an arranged marriage with the Bible is the only thing that will get us there for now, but with familiarity we will grow to love the word of God as “sweeter than honey” (Psalm 119:103). We need the Old Word of the Bible.

2. Old Table.  Jesus’ word and Jesus’ table go together, which is the testimony both of the Scriptures themselves and also the constant teaching of the church.  Jesus teaches and then feeds those 5,000+ (Mark 6). Jesus opens the Scriptures and then breaks bread with those two on the way to Emmaus (Luke 24:13ff).  Jesus feeds the disciples, then teaches them, then tells Peter to feed his sheep (John 21). So too, we need to be fed again at that old, old table where Christ comes to us in a way that is as strange and real as flesh (John 6:53).  The ancient church didn’t have a sophisticated explanation for how Jesus was present to his people at his table.  They just possessed an unselfconscious conviction that the bread was more than bread and the wine was more than the blood of grapes.  They were naive enough to take Jesus at his word that “this is my body…this is my blood” (Matthew 26:26-28). And their lives were transformed by this conviction and this encounter.  So too us. We need to come back to this table, frequently and with conviction, and encounter again and again the ever-living Christ. 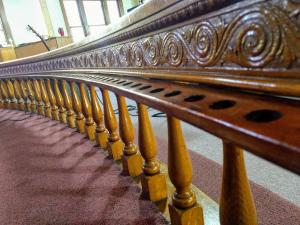 Christianity is an old, idol-busting religion.  And we need regular doses of this Ancient of Days faith (Daniel 7:9) in our otherwise onward-and-upward lives.  We need something that transcends our culture latitudinally but also challenges our love of novelty across the deep longitude of time.  Jude said that we’re going to have to “contend for the faith that was once for all entrusted to the saints” (v.3). He meant Christian faith as a whole way of life that runs, sometimes, perpendicular to the world.  Which is to say that if we’re interested in more than just getting by, we’re going to have to cultivate an old soul faith that’s grounded in, and willing to be inconvenienced by, commitment to absolutes. The Absolute, actually, the One in whom we “live and move and have our being” (Acts 17:28).  That’s what an Old Soul Faith looks like.

There you have it: I’ve written my heart out and my inner paleophile has come through.  I can only hope that, if you like it, your compliment will be: “You’ve got old blood in you!” 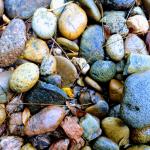 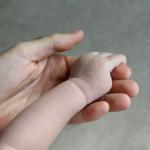 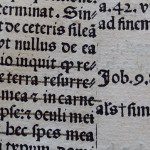 General Christian
Learning to Think Like Jesus
The Doxology Project 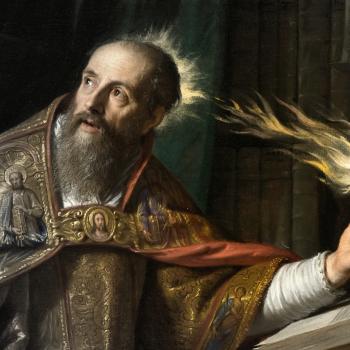 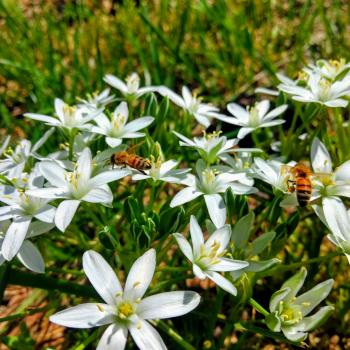 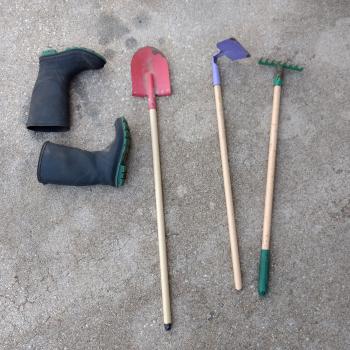