I usually don’t post twice in a day. Although my previous post on Edward Snowden and the global politics of racism referenced today’s devastating blow to sections 4 and 5 of the Voting Rights Act in Shelby County v. Holder, my reading today has indicated to me that I haven’t quite said enough. I’ve seen, for example, a post from MSNBC’s Rachel Maddow Show on the lack of clarity about where exactly the United States Constitution was mentioned in the decision, as well as the emotional responses of those who participated in the Civil Rights Movement who were beaten as they tried to register African Americans for the vote. I understand, then, that this is a very emotional day for everyone working in anti-racist work, and I want to acknowledge that in solidarity.

Because I’ve already posted today, I’ll keep this post short. There are two things that I’d like to say about the work ahead based on the majority decision.

First, in answer to the Rachel Maddow Show, the majority opinion called the constitutionality of sections 4 and 5 of the Voting Rights Act into question via the Tenth Amendment. In other words, the majority decision was based on an ideological reading of the sovereignty of the states in the federal arrangement of the United States. Arguing that when sections 4 and 5 were written into the Voting Rights Act as temporary arrangements, those who joined Justice Roberts’ opinion said that the previous cases upheld those sections despite the fact that they were federal violations of states’ sovereignty. This is basically why those sections were struck down: they had been set to expire anyways, but they had been continuously renewed by Congress even though those in the majority opinion felt that this was no longer necessary in light of the current situation where racism and voter discrimination are allegedly part of the past.

That brings me to my second point: how on earth did the majority opinion find that racism was history? They looked at voting patterns. Arguing that white and black voting had reached parity since 1965, they concluded that the Voting Rights Act had done its job, and the extraordinary sections that violated state sovereignty could finally expire. Racism, they argued, was a thing of the past, and the Voting Rights Act was strong medicine that had cured the patient. Now, apparently, we can move on.

What I have read today are the emotion-filled responses of those who argue that this gutting of the Voting Rights Act will make voter discrimination a hopeless cause. Referring to the end of the judgment, some progressive members of Congress will try to update section 5 to make sure that it meets what the majority opinion calls the ‘current situation’ of voter discrimination and racism.

This current situation is what calls for our attention.

What is not needed is not mere legislation. Because the legislation is backed by social science, what is needed is more anti-racist education in terms of both teaching and research. Those who joined the majority opinion were under the impression that those sections were no longer needed because racism is a thing of the past. We who work in anti-racist education understand that that is a myth.  In fact, because Justice Ginsburg has been reading the anti-racist stuff, her forceful dissent was filled with examples drawn precisely from this literature. After today, however, it is our mandate to disseminate our findings even more widely, to take our work even more public, so that there will be no mistake in the next iteration of the Voting Rights Act that these provisions are absolutely necessary.

In particular, we will need to highlight the particular geographies of racism in America. (This, by the way, is precisely what Ginsburg’s dissent does and why many of us have been saying that the dissent is much more brilliant than the majority opinion.) This is where the ideological reading of states’ rights need to be challenged. While the federal versus state battles appear to be benign and colour-blind, they are not. In American federal-state relations, the biggest regional conflicts (including the American Civil War) have been about race relations. State sovereignty is about the sovereignty of a particular state to manage race relations in their own state, including through voter discrimination. A federalist approach would check that power, reminding them that this sort of racializing exercise of sovereignty is illegitimate in an America vision of egalitarian race relations, the America for which the Civil Rights Movement fought. If I can put it cheekily, Martin Luther King, Jr. had a dream that the races would be reconciled, but as they knew back when they originally passed the Voting Rights Act, this could not be achieved by trusting sovereignty over race relations to the states. In other words, race is an internal geopolitical issue in America. It is incumbent on anti-racist educators to make sure the discourse gets the political geography right next time.

June 27, 2013 On 'Taking Unpopular Positions'
Recent Comments
0 | Leave a Comment
"I can't believe you would consider the theological lightweight Kilby as a proper critique of ..."
antoniodec Fiat mihi secundum verbum tuum: on ..."
""Milbank criticizes Balthasar for being apolitical in his aesthetic reflections, and I can see how ..."
antoniodec Reading Sobrino on Óscar Romero and ..."
"the word is receptive, which has nothing passive about it but could be the most ..."
antoniodec Fiat mihi secundum verbum tuum: on ..."
"One can never "go home," not in this life."
billwald I’ve found my way home: on ..."
Browse Our Archives
get the latest from
Eastern Catholic Person
Sign up for our newsletter
POPULAR AT PATHEOS Catholic
1 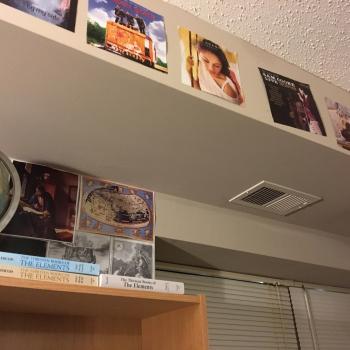 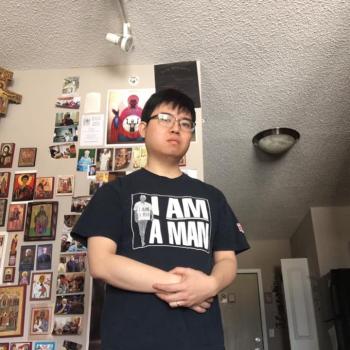 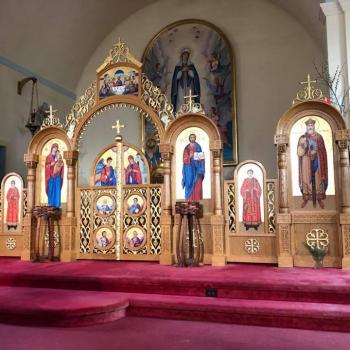 Catholic
The competence of the laity: reflections on a...
Eastern Catholic Person
TRENDING AT PATHEOS Catholic