From Julian Hayda, on John McCain

Patheos Explore the world's faith through different perspectives on religion and spirituality! Patheos has the views of the prevalent religions and spiritualities of the world.
These are the only words that I will share about John McCain, from my brother Julian Hayda, shared with his permission. Without asking him to write them, I waited for him to come through, as we have had many conversations about this topic, and he did so, masterfully:

It’s really interesting to see how many people are calling John McCain a “true friend of Ukraine.”

Ukraine’s adversaries still point to that moment as proof that the revolution expressed a U.S. foreign policy interest (or even staged by U.S. intelligence as an anti-Russian regional power move), rather than the genuine will of the Ukrainian people for dignity, human rights, and sovereignty.

So I see two visions—one where McCain’s “friendship” put U.S. power before the agency of Ukrainian citizens (and Ukrainian-Americans having no problem co-opting the democratic process of Ukrainian citizens) by so publicly deflecting from the actual demands of Ukrainian protesters, and the other, where defending U.S. power means actively diminishing the power of Russia (which, lets be honest, Putin is doing a fine job on his own) and therefore swooping in and “helping” Ukrainians transform their frustration with corruption into an anti-Russian caricature.

In both of these versions of of McCain’s supposed friendship, the sovereignty of Ukraine rests solely on the fragile support of the U.S. in Cold War-esque bipolar power politics. It’s as if Ukraine can’t just be free on its own. 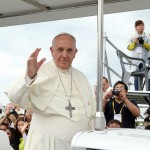 August 25, 2018
On the Vigano memo about what Francis knew about McCarrick
Next Post 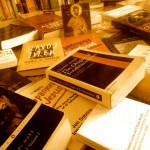 September 1, 2018 Justin's Apology
Recent Comments
2 Comments | Leave a Comment
Browse Our Archives
get the latest from
Eastern Catholic Person
Sign up for our newsletter
POPULAR AT PATHEOS Catholic
1 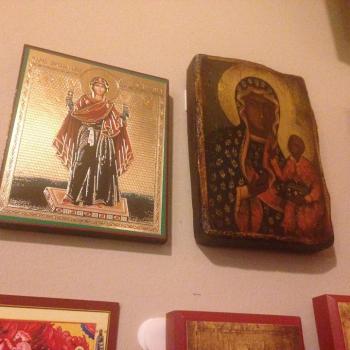 Catholic
'Mary, what are you thinking about?': on the...
Eastern Catholic Person 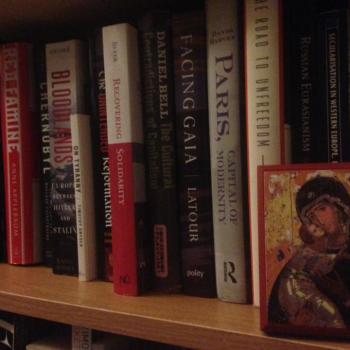 Catholic
From the Stepenni Hymns this morning, for such...
Eastern Catholic Person
TRENDING AT PATHEOS Catholic