The World is Getting Worse (and Other Lies)

The World is Getting Worse (and Other Lies) December 15, 2012 Andrew Cohen 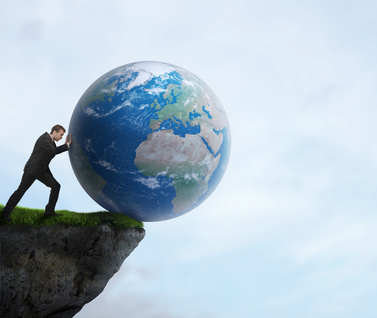 Like millions of other Americans over Thanksgiving weekend, I went to see Steven Spielberg’s masterpiece, Lincoln.  I was mesmerized by Daniel Day-Lewis’s portrayal of the great statesman. I was also deeply moved by the thrilling depiction of the moral awakening at the film’s climax, in which the 13th Amendment for the abolition of slavery was passed by the House of Representatives. But there was something else about the film that struck me even more. And that was a powerful recognition of how much progress we have made since those tumultuous days in the middle of the 19th century.

Think about how much blood was spilled only 150 years ago to free the slaves, and now we almost take it for granted that we have a black First Family in the White House.  Or consider the dramatic change in our standard of living—a rise in the quality of life for so many people today that would be unimaginable to even well-to-do politicians in the 1800s.

It makes me wonder why so few people these days seem to notice how much our world has changed and continues to change for the better. As a matter of fact, the majority of my progressive-thinking, spiritually oriented friends and colleagues tend to predictably lament on one terrible truth or another about humanity’s seemingly unbroken predilection for ignorance and self-destructive behavior. The general trend of the narrative goes something like this: “Isn’t it shocking and appalling how selfish, materialistic, insensitive, greedy, shortsighted, and just plain dangerous we are as a species?”  Some even go so far as to actually say that the earth was a better and more spiritually intact place before human beings appeared and, slowly but surely, started messing things up.

Oh, yeah, and before I forget . . . another current trend is the big fascination with the date of December 21st, 2012. Many people seem to be convinced that we are on the brink of either some huge catastrophe or some major quantum leap in our development as Homo sapiens. It’s like we’re either all going to hell in a handbasket or the Second Coming is about to happen (when we’ll all be miraculously saved from impending doom).

In the midst of all this, I don’t understand why so many are obsessed with the end of the world when maybe we should be grateful for just how much better things are for more of us in 2012 than ever before. Recently, I’ve read some eye-opening new insights highlighting how much progress we’ve made from people like Stephen Pinker, Matt Ridley, and Stephen Johnson. Here are a few examples of what I’m talking about:

If Honest Abe was to hear some of this, he might even start smiling in his grave. But this does not mean to deny that we’re simultaneously being confronted with enormous problems. As Swedish doctor and world-renowned statistician Hans Rosling said, “You have to be able to hold two ideas in your head at once: the world is getting better and it’s not good enough!” The continued degradation of the biosphere and the extinction of more and more species each day are just a few of the overwhelming challenges that we’re facing.  And one only has to read Bill McKibben’s Rolling Stone article “Global Warming’s Terrifying New Math” to see the intimidating threat that climate change poses to life as we’ve known it.

In spite of this, my simple point is that it doesn’t seem like we’re on the edge of the apocalypse yet. In fact, looking back through the long lens of human history and recognizing how much progress we’ve made, not only since the 19th century but since the dawn of human civilization, I’d say that quite the opposite is true.

This post was originally published on Andrew Cohen’s BigThink.com blog, The Evolution of Enlightenment. 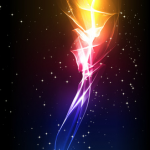 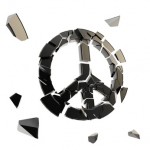 December 19, 2012 Peace is Not the Answer
Recent Comments
0 | Leave a Comment
"I enjoyed Andrew's interview with Peter Ragnor and I agree with an ancient prophet, "Nothing ..."
Chuck Wardman Free Your Mind (and Your Body ..."
"I have a web site: www.illuminati-one.com that combines science with creation.My last posting: "Cause & ..."
Chuck Wardman Free Your Mind (and Your Body ..."
"Great post. I have admired the Stones for this very reason for a long time. ..."
branchl66 Living on the Edge of Everything
"Good thoughts!But someday we'll need more than that.We'll actually need a Spiritual Hero that is ..."
the Old Adam Why the World Needs More Spiritual ..."
Browse Our Archives
get the latest from
New Visions
Sign up for our newsletter
POPULAR AT PATHEOS New Visions
1