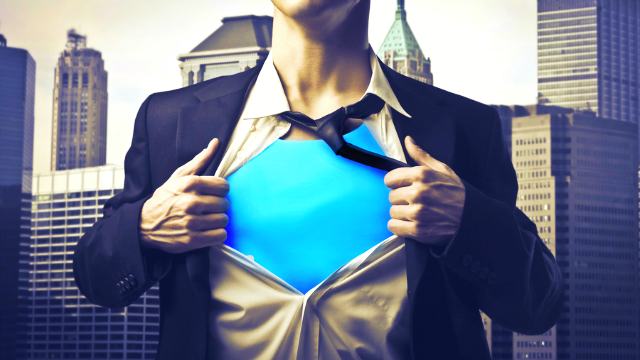 Here’s a published dialogue that I did with my friend Deepak Chopra in which we discuss the challenges of standing up for Spirit in a secular culture. Enjoy!

ANDREW COHEN: What I wanted to speak with you about, Deepak, is what it really means to be a spiritual hero. This is kind of a bold and audacious idea. But especially now that there are so many people looking for ways to step forward to make the world a better place, I think that more and more of us are going to have to be willing to take responsibility for where we are all going. We’re going to have to be willing, in all our imperfection, to embrace leadership and to really be exemplars of what’s possible.

I see you as a very courageous expression of that heroic spirit. You’re someone who’s willing to stand for the truth and reality of Spirit in a disbelieving world. And the reason that’s important, as you well know, is because when we awaken to that truth and reality, we see much more deeply into the nature of who we really are, into the nature of reality itself, and we discover a fearless courage to live this life for the highest reasons. I think the degree to which each and every one of us is willing to do that is the degree to which we’re actually going to have a significant effect.

DEEPAK CHOPRA: Well, the way I see leadership, now and in the future, is that a leader is really the symbolic soul of group consciousness. And the soul is our core consciousness, for lack of a better word, where we find meaning, context, relationships, and the yearning to access the larger archetypal being that we really are. As leaders, we represent the collective’s deepest longings and aspirations, and the highest level of imagination and creativity, all of which exist in the collective consciousness but need a little stirring from a leader so that they can unfold.

A real spiritual leader unlocks not only his or her own potential but the potential of everyone on the planet. He or she harnesses the evolutionary impulse of the universe for greater good, truth, harmony, justice, and equality. Spiritual leadership is the call to rectify all of the problems that plague humanity right now, whether it’s radical poverty or social injustice or war or conflict or ecological devastation—and not at the level at which they were created but from this deeper level where we cannot help but bring light where there is darkness.

ANDREW: What would you say are the personal implications of this kind of leadership? Especially for the individual who is inspired by spiritual sentiments and intuitions, and by an evolutionary philosophy and worldview, but still experiences a fear or reticence or existential hesitation to step out and be seen? To say, “I am awake to the ultimate reality and to the deepest truth of who we all really are, and I’m willing to stand for that in all the imperfection of my evolving humanity”?

When you ask yourself these questions, you live these questions. And you realize that you’re not alone but part of a huge impulse in collective consciousness. When you realize this, it energizes you and gives you passion for what you want to create right in this moment.

ANDREW: No, we’re not alone. But it’s all too easy to sit back, observe what the problems are, and fall into a state of despair or cynicism. It takes spiritual courage to step forward and begin to take responsibility for the solution in our own ways. Our ability to make a significant difference depends on how wholeheartedly and with how much commitment we’re willing to do that.

DEEPAK: I think if we want to really succeed in this, we first have to have a regular discipline or practice that we’ve made our own. We have to get in touch with that deep consciousness inside us through meditative practice. We also have to start to pay attention to the fact that love is a very powerful force, and the more we create the energy of love in our environment, as we are delving deeper into our own consciousness, the more we can harness and combine the two forces of being and love. Then the third element is creativity, and the fourth is action.

Being, feeling, creativity, and doing are the four expressions of our consciousness. And we now have the ability to harness these collectively, an ability we’ve never had before. Our collective being, our collective love, our collective creativity, and our collective action can solve not only any problem that exists in the world, but they can take us to a new plane of consciousness where we can literally begin to manifest what people will call heaven on earth. It is up to us now. As has been said before, we are the ones we’ve been waiting for, so let’s not wait any longer. Let’s act.

The naysayers are only part of the dying paradigm, which isn’t going to last much longer anyway, so we shouldn’t pay any attention to them. I say stay immune to criticism, be responsive to feedback, and then just make the move and actually hang out with the right people. There are three important Sanskrit words: simran, remember who you are; satsang, hang out with the right people; and seva, let’s start doing things without selfish motivation.

ANDREW: That’s absolutely inspiring. And this issue you just brought up, about hanging out with the right people, has been a very big theme in my teaching. Finding each other—finding those other individuals who also feel as passionately as we do about the kind of change we’re speaking about—liberates our own spirits and gives us the courage to take very bold steps that we otherwise might not take.

ANDREW: If consciousness is a field, then our individual actions and responses to life are obviously going to have an effect on the field.

DEEPAK: Absolutely. Every individual is interdependently coalescing with every other individual in that sea of consciousness.

ANDREW: And individuals who have the greatest confidence in the reality of Spirit, and in its immortal and indestructible nature, are in a position to have a greater impact on the spiritual evolution of the field itself.

DEEPAK: That’s right. And we can also imbue each other with greater confidence. Our interactions with each other will enhance that confidence and give it more and more power.

ANDREW: It’s really like coming out of the closet. And the more we come out, the more we realize, “Oh, I can come a lot further out,” until we get to the point where we realize there’s no way back.

DEEPAK: Yes. There is no way back. It’s irreversible. A child that is born cannot return to the womb.

ANDREW: That’s right. Of course, once we’ve come so far out of the closet that we’re actually living for Spirit itself, our identity as an individual in the world becomes one of Spirit. The more of us who are willing to do that, the more the field will be affected in quite a profound way, and we’ll be on our way to creating a cultural revolution.

ANDREW: So I agree with everything that you’ve said, that it’s important to have a spiritual path and a spiritual practice, one in which we can find access to the infinite source of our own being as Spirit. And alongside that, it’s also important that we embrace a progressive and leading-edge perspective about the evolution of culture. Because, for example, there are individuals who are expert meditators but live in a traditional cultural context, so when they come out of their meditative trance, they advocate worldviews and perspectives that people like you and me would find inappropriate for a modern or postmodern context. The perspectives simply wouldn’t be relevant at this moment.

So meditation or spiritual practice is important in order to access Spirit, but we also need an evolutionary worldview and philosophical perspective that will enable us to embrace the world of progress as well as the process of cultural development. This is what will allow our spiritual enlightenment to carry real meaning and power in the world.

DEEPAK: I think that’s the purpose of conversations like this, because the world in the end is a projection of our collective conversation. We do need to realize that much of our old religion and old spirituality is really a cultural mythology that has become obsolete and isn’t consistent with what we know about evolution or cosmology or everything that we call reality.

ANDREW: Right! And I imagine we’ll get to the point sooner rather than later when it will no longer be a secular spirituality but an evolutionary spirituality. It will be based on science and upon the discovery that we’re all part of a cosmic process that’s definitely going somewhere—and is urgently in need of, and ultimately thrilled to have, our higher participation in it.

This article was originally published on Andrew’s BigThink Blog, The Evolution of Enlightenment. 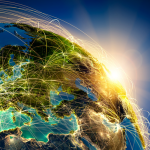 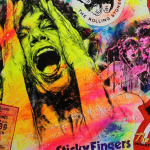 The #1 Stoic Rule for Living...
Wake Up Call
Related posts from Evolutionary Enlightenment