Get updates from Franciscan activist delivered straight to your inbox

The Tax Bill; A Moral Document 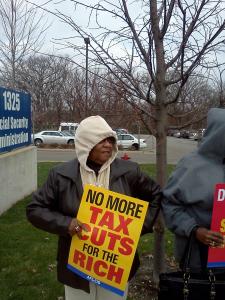 The tax bill that Congress recently passed and President Trump signed into law provides tax cuts for wealthy people and corporations at the expense of people in poverty and will eventually raise taxes on those with lower incomes. Thus it is morally irresponsible and ignores the common good of our country. Federal documents and tax bills are reflections of the moral direction of our nation. Our mission as Christians calls us to live out our faith as written the Gospels. This federal tax bill is a clear statement on what moral values we aspire to as a nation. It is not only a political and economic document, it is a moral document.

Analysis has been done on the bill and all of it comes to the same conclusion: this bill will reduce taxes for every American family. However, taxes for middle class families could still increase in the next decade and the biggest benefit will be going to households making between $308,000 and $733,000. Not the middle class, the majority of Americans.

The bill also significantly increases the defense budget while cutting programs for the poor and marginalized. The federal budget shortfall created by the outrageous tax cuts for the wealthiest will pressure Congress to balance the budget. Overall fears are that it will be done so on the backs of people in poverty by cutting these all-important social service programs. Our faith demands we advocate for reasonable federal funds to be allocated for responsible programs put in place to help the least among us. Those struggling to provide for their families rely on assistance from programs such as CHIP and SNAP in their daily lives. As Christians, what is our priority? According to an article from the Borgen Project which used 2012’s defense budget, if we were to cut the defense budget by just 4.1%, those funds would be sufficient to eradicate world hunger. Would Jesus be telling us to build walls and bombs or to care for those brothers and sisters who are in need?

Additionally, the tax bill may produce a significant drop in annual charitable giving to nonprofits, which are relied upon when social services are insufficient or nonexistent.

Pope Francis has said many times that our eyes and hearts should be focused on supporting the poor and vulnerable. This tax bill places an even heavier burden on a majority of Americans, which is morally reprehensible:

Where are we headed as a nation? Our morality is called into question. Instead of working together to pass a tax bill that benefits all Americans and protects those that need it most, our elected officials passed a bill that was done in haste and secret, and does the bidding of the wealthiest Americans. We should stop pretending that we are a nation based on moral principles. 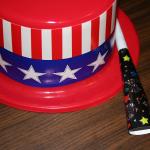 January 2, 2018
A Year End Prayer and Reflection for Policymakers
Next Post 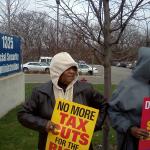 January 5, 2018
Recent Comments
3 Comments | Leave a Comment
"What's morally irresponsible is to deceive people into believing something that isn't true. The tax ..."
agent_99 The Tax Bill; A Moral Document
"Just out yesterday...US unemployment rate lowest since 1969. That's good for the poor, and quite ..."
Bimbo Acock The Tax Bill; A Moral Document
"As a follower of St. Francis, I agree with your comments about helping the poor. ..."
Holy Roller “When I give food to the ..."
"I didn't know her very well, I only met her the one time, but sometimes ..."
Joe Peloquin A Tribute to My Friend, Anne
Browse Our Archives
get the latest from
Catholic
Sign up for our newsletter
POPULAR AT PATHEOS Catholic
1 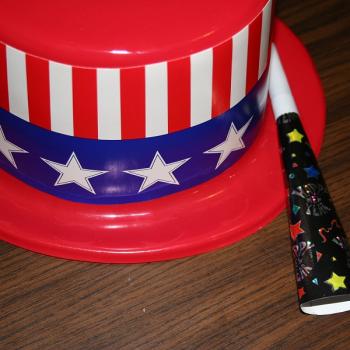 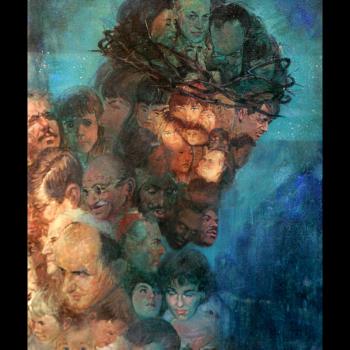 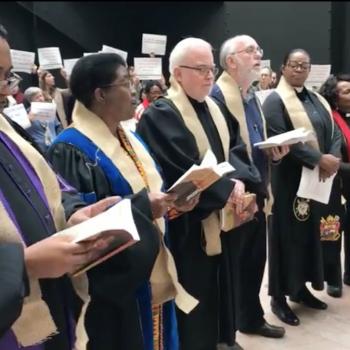 Catholic
Tell me what church looks like
Franciscan activist 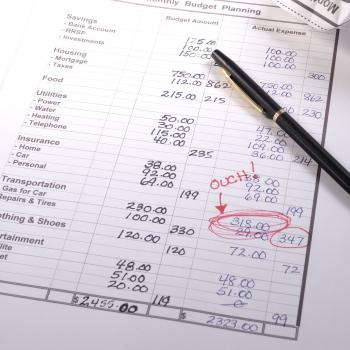 Catholic
"When I give food to the poor, they...
Franciscan activist
TRENDING AT PATHEOS Catholic