Was Satan Once a Beautiful Angel named Lucifer?

Was Satan Once a Beautiful Angel Named Lucifer?

The most popular belief about Satan’s fall is based on the Bible in Isaiah 14:12 (KJV): “How art thou fallen from heaven, O Lucifer son of the morning!” The passage goes on to say that Lucifer tried to raise his throne above the stars and become like the Most High, but God cast him down to the depths of the pit (Is 14:13-15).

This passage is often compared with Ezekiel 28:11-19, which allegedly speaks of Lucifer as the king of Tyre living in the Garden of Eden. He was a beautiful cherub angel, but God said to him, “Your heart became proud on account of your beauty, and you corrupted your wisdom because of your splendor. So I threw you to the earth; I made a spectacle of you before kings” (28:17).

Some even claim that Lucifer was the choir director of heaven based on the names of instruments listed in the King James translation of Ezekiel 28:13. Hence popular theory has it that Satan, as Lucifer, fell sometime at the beginning of creation. The Bible, however, never directly affirms anywhere that Satan is Lucifer. A contextual reading of Isaiah 14 and Ezekiel 28 raises serious doubts about the reliability of the popular “Lucifer is Satan” theory.

The King of Tyre in Ezekiel 28

The king of Tyre is a man who acts like a god (Ezek 28). There is no good reason to equate Ezekiel’s king of Tyre with either Satan or Lucifer. In fact, it makes no sense at all when we read that the Lord (through Ezekiel) denounces the king of Tyre: “You are a man and not a god” (Ezek 28:2). Satan is neither a man nor a god, but the leader of fallen angels (Mt 25:41; Rev 12:7-9). Furthermore, if this passage depicts the original fall, when did Satan get thrown to earth and turned to ashes before the kings (28:17-18)?

Ezekiel 28 obviously depicts what it claims to depict—the king of Tyre. Ezekiel (25—32) denounces various ancient nations and their kings, including Ammon, Moab, Edom, Philistia and Egypt. Tyre is but one of the nations on which Ezekiel prophesies judgment. Ezekiel (26—28) seems to employ hyperbolic and sarcastic language against the king, who represents his city of Tyre (28:4-5,13, 15, 18; compare with the hyperbole in Ezek 31, esp. vv. 8-9).

The king, as a metonymy for the city, is portrayed with great beauty and glory due to the city’s wealth, trade and accumulation of precious stones. Ezekiel thus sarcastically alludes to the king as living in the best of circumstances and beauty: as a cherub angel living in God’s presence and as Adam in the delightful Garden of Eden (28:13-15). This makes his downfall even more vivid—his city is reduced to a heap of ashes (v. 18). God faults the king not only for pride but also for dishonest trade (v. 18). This would hardly be true of Lucifer or Satan.

Some recognize that this passage refers to a human king while maintaining that in a deeper sense it depicts the origin of Satan because of the Garden of Eden imagery and the idea of a glorious angel gone bad. However, the king’s blamelessness prior to his sin (Ezek 28:15) might not be an allusion to the cherub’s original state of purity but, as many scholars note, to Adam’s (Ezek 28:15; 28:13; compare Gen 2-3). Yet even if we concede the possibility that this passage implies the fall of Satan, how would we determine what verses and words suggest the fall of Satan without becoming arbitrary in our selection? In any case, the text does not clearly indicate anywhere that Satan was once an angel named Lucifer.

“Lucifer” is the king of Babylon (Is 14). The word Lucifer appears in the King James Version. The word in Hebrew is hêlêl, coming from the verb “to shine” and meaning “bright one” or “daystar.” The word Lucifer is the Latin translation of this word. It was included into the text of Isaiah 14:12 by the texts of church fathers such as Origen’s Hexapla and Jerome’s Vulgate. The Vulgate Bible (which was widely used in the Western church from about 600 C.E. also uses the word Lucifer for the light of the morning in Job 11:17 and Psalm 109:3 (110:3 Hebrew text) and for the zodiac signs in Job 38:32. I am not aware of anyone deriving Satan from Lucifer in those passages!

The context of Isaiah 14 explicitly states that this passage is a “taunt against the king of Babylon” (Is 14:3). The king is metaphorically portrayed as a Babylonian god named hêlêl, who attempts to reach the heavens. Instead of becoming like the Most High, however, the king is cast down to the pits as a mere man (compare Nebuchadnezzar’s pride and subsequent humiliation by God in Dan 4; also see Obad 4). Isaiah might be utilizing a popular Babylonian myth, but he gives the myth a startling twist. He replaces the fallen god hêlêl motif with the king of Babylon. This technique is like starting with the “Humpty Dumpty” rhyme and then substituting the name of a national leader for Humpty Dumpty.

The king of Babylon, not Satan, is in view because he subdues “the nations” (Is 14:12). It is difficult to see how Satan could subdue entire nations in his original fall when none yet existed. The one who claims to be like the Most High in Isaiah 14:14 is also the one who is brought down to the grave and is twice declared to be a man (14:15-17). Satan may have assumed the form of a serpent according to Christian tradition, but he was not a man. We should also note that hêlêl was cast down to the “pit” (Is 14:15; compare 14:12, 19-20).

Lucifer in Christian and Jewish Sources

How then did we arrive at the dogmatic assertion that Satan was once a good angel named Lucifer? There is no assertion in the New Testament or in the apostolic fathers that Satan was once a beautiful angel named Lucifer. A New Testament passage sometimes cited in support of the Satan/Lucifer theory is 2 Corinthians 11:14. The context refers to Satan as an “angel of light” because of his shrewd ability to deceive. The passage says nothing about how he fell or whether he was originally a virtuous and beautiful “light-bearing” angel called Lucifer.

Likewise, Satan falling as “lightning” in Luke 10:18 seems to refer to the suddenness of his fall in relation to Jesus’ ministry of establishing God’s kingdom here on earth. It is unlikely that either passage was meant to allude to Lucifer in Isaiah 14:12. Finally, the vision of a great red dragon being cast out of heaven by Michael the Archangel in Revelation 12 takes place in relation to salvation in Christ (Rev 12:10). The timing of this casting down, then, seems to center on the Christ event. All the same, the image of a red dragon is not quite the same thing as a beautiful light-bearing angel.

The Jewish traditions do not seem to make a clear connection between Satan and Isaiah 14 prior to about 100 C.E. Some affirm that 2 Enoch gives the first reference to Lucifer as Satan. This document, however, may have been completed as late as the seventh century C.E. If this text is based on an older Greek or Hebrew version from the first century or later, we do not know if that version included the fall of Satan.* Second Enoch 29 claims that “Satanael was hurled from the height, together with his angels” on the second day of creation. He was an archangel who contemplated the impossible—placing his throne above the clouds, becoming equal to the one who later cast him out of heaven. This text probably alludes to Isaiah 14. However, the devil’s name here is Satanael, not Lucifer. Satanael was the early Jewish name for Satan prior to his fall (3 Apocalypse of Baruch 4.7-9). He lost the “-el” (“-God”) part of his name when he fell.

A second possible candidate for the oldest allusion to the fall of Satan in reference to Isaiah 14 is The Life of Adam and Eve. It, however, does not use the name Lucifer (15:1-3; compare 12:1-2; 16:1). Wisdom 2:24 says that the devil’s envy brought about death in the world. First Enoch 86 and 88 may depict fallen angels as fallen stars, similar to Revelation 9:1. These references are perhaps the closest we can get to a Satan=Lucifer theory around the time of the first century.

Origen, the third-century church father, was one of the earliest writers that promoted the Lucifer-as-Satan theory in the Christian church (Origen De Principiis 1.5.5; compare Preface 6; Hexapla Is 14:12). As late as the fourth century, however, a Christian bishop could still be called St. Lucifer, and his followers the Luciferians.** Later church fathers who popularized the notion that Satan was once a good angel named Lucifer include Augustine, Peter Lombard and Thomas Aquinas (for example, Augustine De Genesi ad literem 3.10; Peter Lombard Sentences 2.6).***  In his masterpiece Paradise Lost (1667) John Milton connects Satan to the fall of Lucifer (1.80; 5.743).

How Did We Come to Believe Lucifer was Satan?

Nowadays the Satan-as-Lucifer theory has become “gospel truth” without a single shred of compelling biblical evidence. This is not to deny that Satan exists, but we need to question our basis for calling him Lucifer. Could it be that our human fear of not knowing about Satan’s origin prompted these highly questionable interpretations of Isaiah 14 and Ezekiel 28? Fear of the unknown is a rather powerful thing, as we are learning through the current Coronavirus shutdown.

Further information on this question may be obtained from Question 41 in B. J. Oropeza, 99 Answers to Angels, Demons, and Spiritual Warfare (Downers Grove: IVP). Now available as a Kindle version.

April 7, 2020
What Does Toilet Paper Have to Do with the Bible? 7 Reasons for the Missing Rolls and what this Means
Next Post

May 31, 2020 When is it Time to Push Back on Unconditional Love? A Lesson from the Riots in Minnesota
Browse Our Archives
Related posts from In Christ 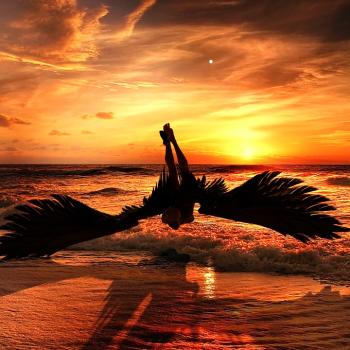 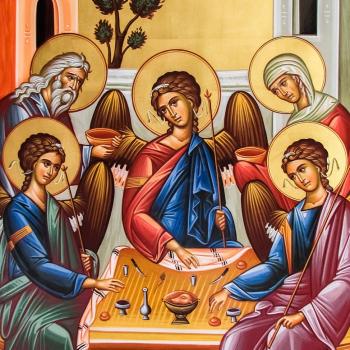 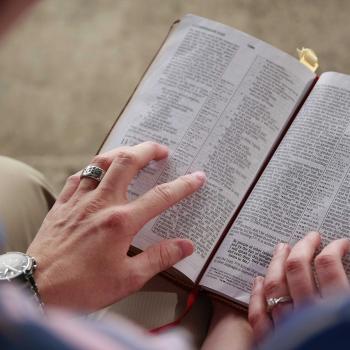 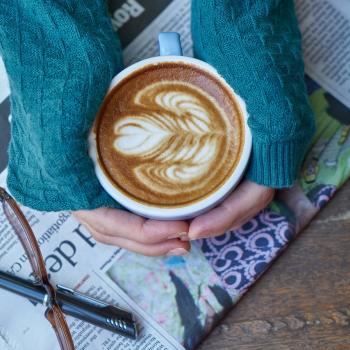 Lost in Translations Pt. 2: Jewish and Christian...
In my last post, I argued for the study of the Scriptures...
view all General Christian blogs