Our only first-hand account of the Roman assault on the Temple comes from the Jewish historian Josephus Flavius who was a former leader of the Jewish Revolt who had surrendered to the Romans and had won favor from Vespasian. In gratitude, Josephus took on Vespasian’s family name – Flavius – as his own.

As an eyewitness to the destruction of Jerusalem, Josephus gives us a startling window into a series of seven signs which God sent to the people of Jerusalem prior to their ultimate destruction in AD 70. 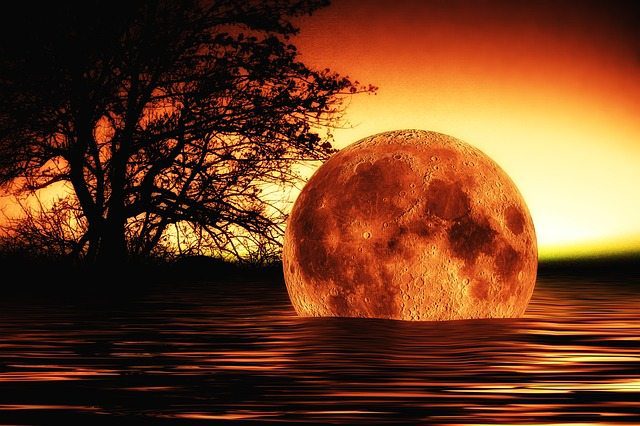 The Seven Signs of Josephus
Josephus prefaces these signs by saying in his book “The Jewish War“:

“Thus it was that the wretched people were deluded at that time by charlatans and pretended messengers of the deity; while they neither heeded nor believed in the manifest portents that foretold the coming desolation, but, as if thunderstruck and bereft of eyes and mind, disregarded the plain warnings of God.”

1) A SWORD IN THE SKY
“So it was when a star resembling a sword, stood over the city[Jerusalem] and a comet which continued for a year.” [In 66 AD]

Keep in mind what the shape of a sword is and how closely a sword appears to a cross. If swords and crosses are similarly shaped, then perhaps this statement by Jesus in the Olivet Discourse was fulfilled by the sign of the sword in the sky:

“Then will appear the sign of the Son of Man in heaven. And then all the peoples of the earth will mourn when they see the Son of Man coming on the clouds of heaven, with power and great glory.” (Matt. 24:30)

The “Son of Man coming on the clouds of heaven” is a reference to the judgment of Jerusalem which was physically manifested in the Roman Army which surrounded the city and destroyed it.

2) A BRIGHT LIGHT
“So again when, before the revolt and the commotion that led to war [i.e., before the war], at the time when the people were assembling for the feast of unleavened bread, on the eighth of the month Xanthieus [Nisan], at the ninth hour of the night [3 a.m.] … … so brilliant a light shown round the [holy] altar and the sanctuary[of the temple] that it seemed to be broad daylight; and this continued for half an hour. By the inexperienced, this was regarded as a good omen, but by the sacred scribes it was at once interpreted in accordance with after[later] events.”

3) A COW GIVES BIRTH TO A LAMB
“At that same feast [just after the 2nd sign, the great light over the altar] a cow that had been brought by someone for sacrifice gave birth [just before it was to be killed] to a lamb in the midst in the court of the Temple.”

4) THE EASTERN GATE OPENS BY ITSELF
“The eastern gate of the inner court — it was of brass and very massive, and, when closed towards evening, could scarcely be moved by 20 men; fastened with iron-bound bars [on each side], it had bolts which were sunk to a great depth into a threshold consisting of a solid block of stone — this gate was observed at the sixth hour of the night [midnight] to have opened of its own accord. The watchmen of the temple ran and reported the matter to the captain, and he came up and with difficulty succeeded in shutting it.”

“This again to the uninitiated seemed the best of omens, as they supposed that God had opened to them the gate of blessings.” “But the learned understood that the security of the Temple was dissolving of its own accord and that the opening of the gate meant a present to the enemy, interpreting the portent [sign, the same word as in the gospel] in their own minds as indicative of coming desolation.”

5) ARMIES IN THE SKY
“Again, not many days after that festival on the twenty-first of Artemisium [the Jewish month of Iyyar which is in the late springtime], there appeared a miraculous phenomenon, passing belief. Indeed, what I am about to relate would, I imagine, have been deemed a fable, were it not for the narratives of eyewitnesses and for the subsequent calamities which deserved to be so signalized [so “sign-ized,” a great sign]. For before sunset …” “For before sunset throughout all parts of the country [of Judea] chariots were seen in the air and armed battalions hurtling through the clouds and encompassing the cities.”

6) VOICES SPEAKING
“Moreover, at the feast which is called Pentecost the priests [all 24 of them] on entering the inner court of the Temple by night as their custom was in the discharge of their ministrations, reported that they were conscious, first of a commotion and a din [a great noise], and after that of a voice as of a host [an army], ‘We are departing hence [from here].”

Is it interesting that on the day of Pente­cost exactly 33 years from the time that the Gospel started in Jerusalem — to the very day — this announce­ment and sign occurred.

“Day and night he went about all the alleys with this cry on his lips. Some of the leading citizens, incensed at these ill-omened words, arrested the fellow and severely chastised him. But he without a word on his own behalf or for the private ear of those who smote him only continued his cries as before.

“Thereupon, the magistrates, supposing, as was indeed the case that the man was under some supernatural impulse, brought him before the Roman governor; there, although flayed to the bone with scourges, he neither sued for mercy nor shed a tear, but, merely introducing the most mournful of variations into his ejaculation [words from his mouth], responded to each stroke with ‘Woe to Jerusalem!’

“When Albinus, the [Roman] governor asked him who [he was] and whence he was [where he came from] and why he uttered these cries, he answered him never a word, but unceasingly reiterated his dirge over the city, until Albinus pronounced him a maniac and let him go.

“During the whole period up to the outbreak of the war he neither approached nor was seen talking to any of the citizens, but daily, like a prayer…repeated his lament, ‘Woe to Jerusalem!’ He neither cursed any of those who beat him from day to day, nor blessed those who offered him food: to all men that melancholy presage was his one reply. His cries were loudest at the festivals.

“So for seven years and five months he continued his wail, his voice never flagging nor his strength exhausted, until the siege, having seen his presage verified, he found his rest. For, while going his round and shouting in piercing tones from the wall, ‘Woe once more to the city and to the people and to the Temple,’ as he added a last word, ‘and woe to me also,’ a stone hurled from the ballista struck and killed him on the spot. So with those ominous words still on his lips he passed away.”

How fascinating! One final “Jesus” is sent to the people to pronounce daily, unending “woe” upon them right up until the armies are actually surrounding the city.

ROMAN HISTORIAN TACITUS ALSO CONFIRMS:
“There were many prodigies presignifying their ruin which was not averted by all the sacrifices and vows of that people. Armies were seen fighting in the air with brandished weapons. A fire fell upon the Temple from the clouds. The doors of the Temple were suddenly opened. At the same time there was a loud voice saying that the gods were removing, which was accompanied with a sound as of a multitude going out. All which things were supposed, by some to portend great calamities.” [Tacitus Historiae V: The Roman Earthworks at Jerusalem]

NOTE: Titus reportedly refused to accept a wreath of victory, saying that the victory did not come through his own efforts but that he had merely served as an instrument of God’s wrath.[6]  [Philostratus, The Life of Apollonius of Tyana]

It is beyond amazing that Josephus, a non-believing Jewish historian, would record these signs from God that preceded the ultimate destruction of Jerusalem and the end of the Jewish Age. It’s also very significant that the day the Temple was destroyed in AD 70 was the exact same day and month that the previous Jewish Temple was destroyed.

This was no coincidence. This was an emphatic statement that God had brought an end to the outward signs and fulfilled them all in Christ.

The Day of the Lord prophesied all throughout the Old Testament Scriptures, and also confirmed by Jesus in the Olivet Discourse, was totally and completely fulfilled in AD 70 when the Roman Army surrounded Jerusalem and destroyed the Temple, ended the animal sacrifice and disbanded the priesthood.

Today, the followers of Christ are now the new, living Temple of God which is made up of Priests who offer themselves as Living Sacrifices to God.

Want to read more about the End Times, Prophecy and the Return of Christ?

Why I Am Not Waiting For Jesus To Return

Jesus Never Predicted The End  Of The World

Keith Giles is the author of the Amazon Best-Seller “Jesus Untangled: Crucifying Our Politics To Pledge Allegiance To The Lamb” and he also co-hosts the Heretic Happy Hour Podcast. He lives in Orange, CA with his wife and two sons. 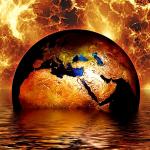 February 8, 2018
Jesus Never Predicted The End Of The World
Next Post 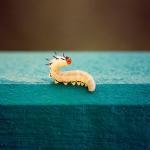