Are We Already Living In A Dystopian Society? 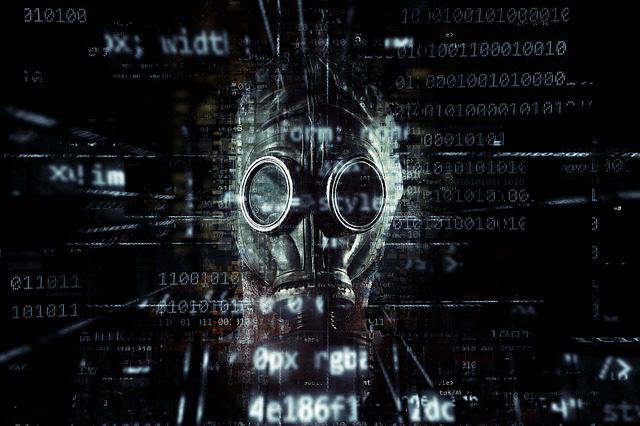 Many American Christians are convinced that the Second Amendment is necessary to prevent the US Government from ever imposing tyranny upon its citizens. Should the day ever come, everyone needs to be well-armed and prepared to overthrow the oppressive government and impose another, more freedom-loving one, they say.

Here’s a handy test to let you know when your government might be approaching this threshold:

If your Government is spying on your phone calls, email, and text communications,  you might be living in a Dystopian Society.

If your Government executes its own citizens without a trial or even formal criminal charges,  you might be living in a Dystopian Society.

If your Government imprisons journalists who attempt to expose their war crimes,  you might be living in a Dystopian Society.

If your Government has been at war for 214 years out of the last 235, then you might be living in a Dystopian Society.

If your Government hires, or threatens journalists in order to have them write false news stories, and even film fake execution videos that advance their propaganda,  you might be living in a Dystopian Society.

If your daily news shows are filled with a combination of trivial entertainment and stories about why you should remain fearful of a variety of dangers all around you,  you might be living in a Dystopian Society.

If your nation currently imprisons more of its citizens than any other nation on the face of the planet,  you might be living in a Dystopian Society.

If your local police are carrying automatic weapons, driving armored military vehicles and indiscriminately killing innocent, unarmed people on a daily basis,  you might be living in a Dystopian Society.

If your Government is one of the largest military forces on the planet, you might be living in a Dystopian Society.

If your Government spends more on the military than the other 8 largest nations on earth, you might be living in a Dystopian Society.

If more people in your nation are currently on anti-depressant medications than any other nation on earth,  you might be living in a Dystopian Society.

If more than 50 percent of the children in your nation are living below the poverty line,  you might be living in a Dystopian Society.

If large corporations have more power over the laws, the policies, the courts, and the politicians than you – a tax paying, registered voter,  you might be living in a Dystopian Society.

If the most popular “news” source for most people in your country is actually a comedy show that routinely exposes the truth about your Dystopian society,  you might be living in a Dystopian Society.

So, how did your nation score? Chances are, you may start to realize that your nation is already oppressing you, lying to you, exploiting you, manipulating you, and not representing your interests at all.

Is it time to rally the militia and start the revolution? Probably not. Mainly because there’s no way on earth you and your buddies – no matter how “well-regulated” you may be – are capable of defeating the most technologically-advanced military force in the history of our planet.

Unless you’ve got a few thousand armed drones, a fleet of attack helicopters, a squadron or two of jet fighter planes and a sizable nuclear arsenal, your little revolution will be over before it can really begin.

Here’s what I recommend: The Gospel.

I know, I know. It sounds so weak in comparison to the bombs and the tanks and the missiles, not to mention the NSA, the FBI, the CIA and the secret prisons. But here’s the deal: The love of Jesus changes people. It transforms them from the inside out. It makes them new again. This Gospel is a highly-effective, long-term, world-changing virus designed by the Greatest Mind in the Universe. It has the power to make every weapon useless and render every world power powerless.

As a follower of Jesus, I am a subversive agent of a Kingdom with unlimited powers.

My mission is to overthrow this empire from within and to unravel its systems and re-boot the culture.

This is accomplished by introducing the Gospel virus into the existing mainframe of reality. This “Metanoia Class” program is designed to re-write the code of our thinking. It has the power to re-wire hearts, reprogram minds, and transform human behaviors.

The purpose of this Gospel is to increase the number of radicalized agents into our culture and exponentially advance the range and effect of the Metanoia program.

Our leader has given us access to an unlimited source of life and power. Our lines of communication with him cannot be tapped, traced or interrupted. We can receive messages from our source at any time, at any place, regardless of access to electricity, infrastructure or technology.

One by one, we are now in the process of changing the world from within. Slowly, almost imperceptibly, we are transforming people from darkness into glorious light. Those who formerly walked in the shadows are now awakening to the inescapable truth. Every second of every day, people around the globe turn from walking in the way of this world and begin to follow the way of life contained in the Metanoia program.

Those who are infected by this unique virus have begun to think different, and to act different, than other humans around them. They begin to take on the same heart and mind and perspective of our leader, Y’Shua of Nazareth; loving those who hate them; forgiving those who seek to harm them; seeing everyone as a potential brother or sister and a future operative in the program.

We are not alone. Our numbers are legion. Our methods are varied, but nonetheless subtle and unstoppable by any government, law or threat known to man.

The weaker we grow, the more powerful we become. The more you oppose us, the greater our effectiveness.

Our victory is assured.

We have outlasted every empire for the last 2,000 years. We have endured persecution, torture, and even death. We may die, but our mission carries forward. No force on earth, or even the entire universe, can stop us, or defeat us, or destroy us.

Our lives are already lost. We have surrendered all to this single purpose and calling. Our death was accounted for on the day we embarked on this mission.

We have no fear. All fear has been erased by an irresistible love that permeates our existence. We are guided by this love and fully compelled that it alone is the hope for all life on this planet.

We have no country. We owe no allegiance to any nation, state or ideology other than that of our King.

We have no armory. The weapons we employ are love, compassion, service, mercy, and grace. Combined with prayer, hope, trust, and faith, these are all we need to accomplish our goals.

Make no mistake, this world is fading away. A new world is coming. Behold, the kingdoms of this world have become the Kingdom of our God.

Nothing you can do will change this. The insurgency will prevail.

Join us and live.

**
Want to learn how to change the world with love? Join me and my co-host Joshua Lawson for “The Nonviolent Love of Christ: How Loving Our Enemies Saves The World” in Portsmouth, OH on Saturday, June 16. Seating is limited. Register HERE>

Keith Giles is the author of “Jesus Untangled: Crucifying Our Politics To Pledge Allegiance To The Lamb” and co-host of the Heretic Happy Hour Podcast. He and his wife are subversively overthrowing the empire with the Gospel in Orange, CA. 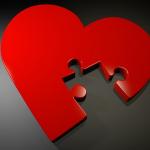 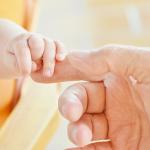 Preaching Out Loud: Why Everyone's Talking...
Irreverin
Books by This Author Books by Keith Giles