The Failed Insurrection on Palm Sunday

On the day that the Passover Lamb was traditionally selected, Jesus rode into Jerusalem on a donkey. Spontaneously, the people along the road began to wave palm branches and shout “Hosanna!” but what’s really going on might surprise you. First of all, the people received Jesus as a prophet (Matt. 21:11) but not as the Messiah. 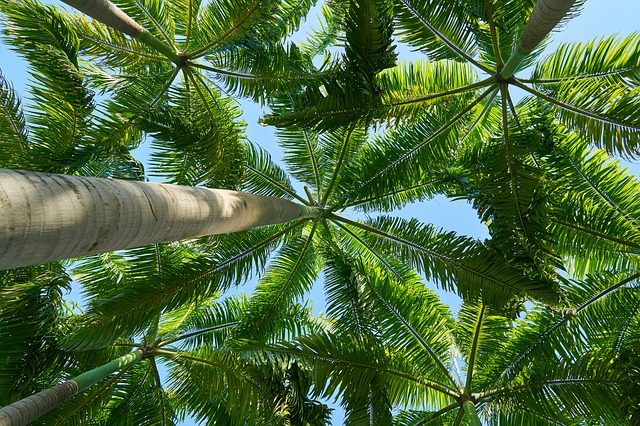 This event was prophesied in Zechariah 9:9:

“Rejoice greatly, Daughter Zion! Shout, Daughter Jerusalem! See, your king comes to you, righteous and victorious, lowly and riding on a donkey, on a colt, the foal of a donkey.”

The truth is that the rest of that prophecy was about the Messiah coming as an agent of peace:

“I will take away the chariots from Ephraim and the warhorses from Jerusalem, and the battle bow will be broken. He will proclaim peace to the nations. His rule will extend from sea to sea and from the River to the ends of the earth.” (v. 10)

Notice that Jesus weeps over the fact that they do not understand what his mission is when he responds to their adulation and palm-waving with this statement:

“As he approached Jerusalem and saw the city, he wept over it and said, “If you, even you, had only known on this day what would bring you peace—but now it is hidden from your eyes. The days will come upon you when your enemies will build an embankment against you and encircle you and hem you in on every side. They will dash you to the ground, you and the children within your walls. They will not leave one stone on another, because you did not recognize the time of God’s coming to you.” (Luke 19:41-44)

See, the fact that they were waving palm branches is significant. Those palm branches were a direct throwback to the Maccabean period when the triumphant Jewish warriors rode into Jerusalem and the people celebrated their victory over the Seleucids, which incidentally was followed immediately by a ritual cleansing of the temple. At that time the people waved palm branches as a symbol of military conquest over an oppressive enemy. By waving those palm branches, the people are saying that they are ready for war. They are ready for the blood of the Romans to be spilled in an uprising that they hope Jesus will lead them in. It’s no different than when Peter cut off the servant’s ear in Gethsemane and received the rebuke from Jesus.

Today we usually read that passage about the people shouting “Hosanna!” as an indication that the people received Jesus as their King. But on the contrary, the people were rejecting Jesus as their personal, spiritual Messiah and calling out for him to be their political, militant Messiah. When they shout “Hosanna!” which means “Save us!” they are demanding him to lead the charge of attack against the Romans.

This is why Jesus weeps over the people. He knows that their hearts are far from God’s heart. They want war. He has come to bring peace. They reject him and his mission. They can’t receive him for who he is. They cannot submit to him as he is – a humble servant riding on a donkey – they only want him to meet their expectations for a warrior who will set them free from earthly oppression, but they are unwilling to be set free from their own lusts and desires.

See, this was the day that the Passover Lamb was traditionally chosen to take away the sins of the people. On this day, the people rejected the Lamb because they wanted a Lion instead.

Ironically, the people of Jerusalem would receive the very punishment they sought to bring upon the Romans, as Jesus predicts in Luke 19:41-44, and later in Luke 21:5-38. This is why Jesus weeps. He knows that in AD 70 the Romans will surround the city and kill everyone and destroy the very temple he is about to go and cleanse.

The cleansing of the temple echoes the Maccabean cleansing roughly 200 years before, but when Jesus cleanses the temple this time it is more than ceremonial. Instead, he chases out the corrupt money changers and the sellers of doves who were exploiting the poor, and he clears the floor that was intended to be a place of prayer for the nations.

When you wave a palm branch on Palm Sunday, you should know that it’s a symbol of military power and conquest, not a symbol of humble devotion to the King who rides on a donkey to reign as the Prince of Peace in every human heart.

Join me at one of these upcoming events:

The Nonviolent Love of Christ: How Loving Our Enemies Saves The World, with Joshua Lawson and Keith Giles on Saturday, June 16 in Portsmouth Ohio. Register here> 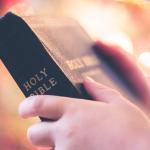 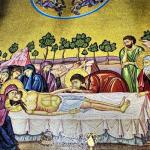 Halloween Is A Celebration of Change,...
Thoughts of a Modern Celtic Wanderer
Books by This Author Books by Keith Giles