Why Undocumented Immigrants Are A Blessing From God

Why Undocumented Immigrants Are A Blessing From God October 24, 2018 Keith Giles 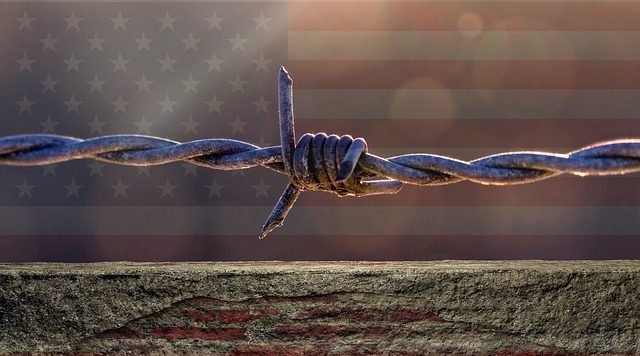 In spite of how often we hear that immigrants are a drain on our economy and we need to build a fence after we deport all of them, the truth is quite the opposite. According to the Wall Street Journal, which recently surveyed 46 economists, immigration has been very good for the U.S. economy.

“Immigrants fill in the gaps of our labor market, at both the high and low ends of the skill spectrum.” In other words, “America’s educational system does not produce enough scientists and engineers to meet the needs of a growing technology sector, this means that some of the brightest minds from across the world come to the U.S. (usually lawfully). But there are also major gaps in low-skill jobs, [those which don’t require a college degree, or even a high school degree].”

According to the article: “very few Americans are content to endure the long hours required of agricultural work, for example, which is why 50% to 60% of the food that touches our table was touched by immigrant hands along the way. Because immigrants are willing to do this hard work…we all enjoy inexpensive produce. The same logic applies to many other sectors of our economy, and we all benefit.”

Undocumented workers are also consumers and, as such, they stimulate our economy. They are also more likely to start their own businesses, at a rate that’s nearly twice that of native-born Americans. [Does that make them “job creators”?]

This means we know full well that undocumented workers pay taxes and contribute to the Social Security pie, and not only do we try to deny it, we are also perfectly happy to let it continue.

So, millions of undocumented immigrants are paying into a government program that they will never receive benefits from because their bogus number is not valid for receiving benefits, [only for paying in].

Therefore, these people are indirectly responsible for subsidizing our broken and unsustainable Social Security system for the rest of us.

Could the Government make a Social Security card that was more difficult to counterfeit? Obviously they already do so with other US documents like passports and Federal ID cards which utilize a photo, fingerprints, and barcodes to verify the person’s identity. Perhaps they lack the proper incentive to change the decades-old design of the Social Security card which anyone with a sheet of blue construction paper and a typewriter could counterfeit in under an hour?

Similarly, the IRS allows undocumented immigrants to file their taxes using a special “Individual Taxpayer Identification Number”, while assuring them that they will not share their illegal status with the Border Patrol or the State Department. This means that many of them do file income tax, even though they are not eligible for most of the public benefits that their taxes make possible, such as: welfare checks, food stamps, federal subsidized housing, Supplementary Security Income, and other cash benefits.

Yes, immigrants are allowed to receive a free public education (guaranteed by the Supreme Court) and for emergency room treatments, but those costs are mainly incurred by local and state governments.  So, at the State and Local level, the average immigrant DOES cost more in services than they pay in taxes. But at the Federal level, the reverse is true.

Perhaps this is why the federal government seems so slow to enact reforms? They are the only level of government capable of enforcing any change to the current system, and they are reaping all the benefits of it. State and local governments are more motivated to change things, because they’re upside down on the deal, but they have zero power to change the status quo.

The end result? The American people are still receiving the better end of the deal. The average immigrant will pay in $80,000 more over the course of a lifetime than they will ever take out in services across the board.

That means that undocumented immigrants are a positive blessing from God to our Nation. Maybe it’s time we started treating them that way?

Now, in the past whenever I’ve shared ideas like this one, I’ve received more than a little push-back from Christians who wonder if I’m in favor of illegal immigration. Like this guy who said:

“I am curious to hear your defense of someone illegally entering a foreign nation, and following that up with repeatedly violating multiple other laws of that nation while simultaneously illegally receiving a variety of monetary benefits…Surely you aren’t going to argue that the mere “existence” of immigration laws represents an “unjust law” that – as a believer – can be morally ignored? I’m just trying to establish a ‘baseline’ for your argument, here. Where does ‘just enforcement’ begin, in your view? Or is there no such thing?”

It’s a fair question and one that that I myself have wrestled with over the years as someone who has tried to reconcile my faith with everything else in my life.

In the past, I might have tried to do exactly what he asked me to do: Justify the legality of immigration laws in our country, or seek to directly balance the words of Jesus with American immigration policy.

But that’s not what I do anymore. I have a different perspective now.

Here’s how I answered my friend:

“Do I need to justify prostitution to care for a prostitute? Is it ‘anti-criminal justice’ to serve in prison ministry? Am I pro-drug use if I serve someone who is addicted to drugs?

“No. We show mercy and grace and the love of Jesus to everyone.”

See, we don’t need to limit our ministry to those who are “righteous” and “law-abiding”. In fact, to do so would be completely pointless.

The point is: We all need transformation.

And Jesus was quick to point out that it was only those who were sick who need a physician, and it’s only those who admit they are blind that receive healing for their blindness.

The greatest blindness, of course, is not recognizing our own blind spots. If we fail to see ourselves in the outcast, and the poor, and the broken, then we also fail to see Jesus in them as well.

So, we really only love Jesus as much as we love the people around us who are poor, and weak, and hungry, and thirsty, and naked and in prison.

What’s more, we are reminded in the New Testament that we ourselves are equally in need of Jesus and His mercy and grace and healing as anyone – and everyone – else we see:

We forget that we are no better than anyone else. We are all sinners saved by the same grace. We are all people who are dearly loved of God and in need of His endless mercy.

Refugees and illegal immigrants are people, just like you and me. They love their families. They want to live in peace. They are running from war and oppression and poverty and looking to find a new life here – just the way we would if it was our family – our children – who were starving and dying and in need of safety.

Regardless of what the laws might say, we are answerable to a higher authority. Jesus, our glorious eternal King, commands us to treat everyone – especially the weakest among us – as if they were Him.

It’s not our job to work out who is most deserving of His mercy. That’s way above our pay grade. Our job is to love everyone we see and to recognize that our King commands us to be extravagant with our love.

So, do I support illegal immigration? No, I don’t. But I do support loving everyone around me. If those people happen to be illegal immigrants, or refugees, or Muslims, or anything else, my job is to love them as much as I love Jesus.

If you’re following Jesus, it’s your job too.

Special thanks to “Undocumented.tv” for their original research and commentary. 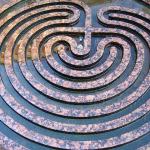 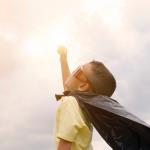 October 26, 2018 Action Figures
Recent Comments
60 Comments | Leave a Comment
Browse Our Archives
get the latest from
Keith Giles
Sign up for our newsletter
POPULAR AT PATHEOS Progressive Christian
1