How Universalism Allows Us To Freely Love As Christ Intended

How Universalism Allows Us To Freely Love As Christ Intended December 14, 2018 Keith Giles 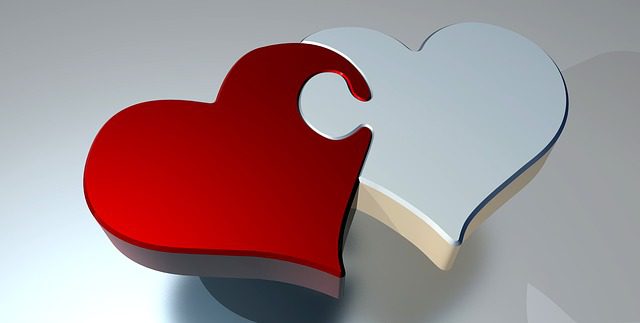 I’ve noticed an interesting phenomenon. Those who embrace the Universalist View of Salvation tend to be more loving and accepting of those who are unlike them.

Here’s why I think this happens: Because when you realize that everyone is equally loved by God, and that God is really intending to bring everyone to repentance, and that, one day, every knee will bow and every tongue will gladly confess that Jesus Christ is Lord, well, you kind of relax and enjoy being alive.

See, instead of seeing people as “Saved” or “Lost”, or grouping everyone you meet into the “Christian” or “Non-Christian” category, you start to see people as…people.

Not only do you see people as human beings who are just like you, you also start to see them as God sees them. You start to recognize that everyone you meet – regardless of their beliefs or spiritual condition – is someone God loves dearly. You also start to realize that everyone you meet is indeed your brother or sister, and you recognize that we all have the same Heavenly Father. [See Paul’s statements to this effect when he preached to the idol-worshipping pagans in Athens].

That really changes the way you view the world and other people. Trust me.

Now, I get it, most Christians [at least in the West] do not embrace – or even understand – the doctrine of Patristic Universalism. Which is kinda odd since the majority of Christians who followed after Jesus and the Apostles fully embraced the notion that every human being on earth would eventually find their home in Christ.

Most Christians don’t realize that, from the very beginning, there have always been 3 different views of the afterlife: Universalism, Annihilation, and Eternal Suffering.

What most Christians also do not realize is that Eternal Suffering was the minority view, along with Annihilation. Eternal Suffering only gained prominence after later theologians like Augustine championed the view and because the doctrine itself originated in Rome. (And we all know how Rome influenced Christianity post-Constantine).

Here’s a little history lesson to bring you up to speed:

“The earliest system of Universalistic theology was by Clement of Alexandria who was the head of the theological school in that city until 202 A.D. His successor in the school was the great Origen, the most distinguished advocate of this doctrine in all time.” (From the New Schaff-Herzog Christian Encyclopedia, page 96, paragraph 2)

“In the first five or six centuries of Christianity there were six known theological schools, of which four (Alexandria, Antioch, Caesarea, and Edessa, or Nisibis) were Universalist; one (Ephesus) accepted conditional immortality; one (Carthage or Rome) taught endless punishment of the wicked.” (From the New Schaff-Herzog Christian Encyclopedia, page 96, paragraph 3)

Download the PDF here:  [The info quoted is at the bottom, left corner of the text.]

So, out of the 6 known theological schools, four of them were Universalist and only one taught Annihilationism (or Conditional Immortality) while another school taught Eternal Suffering.

Additionally, Augustine admitted in his own day that the majority of Christians believed Universalism:

“It is quite in vain, then, that some–indeed very many–yield to merely human feelings and deplore the notion of the eternal punishment of the damned and their interminable and perpetual misery. They do not believe that such things will be. Not that they would go counter to divine Scripture—but, yielding to their own human feelings, they soften what seems harsh and give a milder emphasis to statements they believe are meant more to terrify than to express literal truth.” (Augustine, Enchiridion, sec. 112.)

And by “very many”, Augustine meant, “the vast majority.”

Notice, also, that Augustine graciously conceded in his statement that those who believed Universalism did so without going “counter to the divine Scriptures” (even if they came to different conclusions than he did).

Another fascinating tidbit is that, of those early Christian teachers who did teach Eternal Suffering, there stated reasons for WHY they embraced this minority view was quite simply, “fear.”

In other words, those early Church Fathers who taught Eternal Suffering did so because they found it very effective in evangelism, and because the fear of eternal torment helped to keep people in line.

Here’s a bit about why they valued the doctrine of Eternal Suffering:

“Brian Edward Daley, in The Hope of the Early Church, remarks that Basil was “an admirer of Origen in his younger days” (81) and was closely familiar with his work. However, in his later years he became “more severe in his own expectations of the future” and found the teaching of judgment valuable for the spiritual development of Christians.”

“Like Basil, Chrysostom saw eschatological themes as a crucial part of his preaching ministry…Chrysostom explains the need for such eternal punishment elsewhere. For example, in his 15th homily on 1 Timothy, he emphasizes the value of fear in constraining sin:

“Since the greater part are virtuous from constraint rather than from choice, the principle of fear is of great advantage to them in eradicating their desires. Let us therefore listen to the threatenings of hell fire, that we may be benefited by the wholesome fear of it.”

Fear and control are poor reasons for embracing a doctrine. Especially when we have the advantage of seeing what a few hundred year’s worth of this teaching can do to people’s faith.

Hundreds of thousands, perhaps millions, of people have abandoned the Christian faith over this doctrine which portrays God as a vengeful, wrathful Deity who cannot love or forgive unless there is blood spilled and a sacrifice made. Many others have avoided the Christian faith completely for the very same reason.

What’s worse is when you realize that such an offensive doctrine has very little scriptural support. In fact, most of the verses that are referenced to bolster this view of the tormenting God are either using Apocalyptic language from the Old Covenant prophets – which were never about actual eternal worms, or fire, or smoke, but always about literal armies that would come to invade a city or a nation – or are verses that speak of “death” or “destruction”, not about being eternally alive to experience the fires of hell.

Of the three views, only Annihilation and Universalism have any real legs to stand on, and neither of those two views paints God as a monster who requires blood and sacrifice, or who tortures his enemies without mercy.

So, as I said in the opening paragraphs, I’ve realized that abandoning this primitive, and frankly false doctrine of eternal suffering, leads to a changed perspective about your fellow man, and about the God that is revealed to us in Christ.

I highly recommend a study of this topic. It has been very encouraging for me, and I know that being set free from the fear of endless torment can really do wonders for your view of God, and your love for your fellow man.

I think it’s time to forsake the false doctrine of eternal suffering and embrace the God who has “reconciled the world to Himself, not counting our sins against us.”

WANT TO STUDY MORE ON THIS TOPIC? 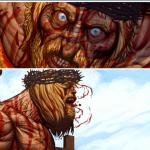 December 14, 2018 The Savage Sword of Jesus?
Recent Comments
16 Comments | Leave a Comment
Browse Our Archives
get the latest from
Keith Giles
Sign up for our newsletter
POPULAR AT PATHEOS Progressive Christian
1 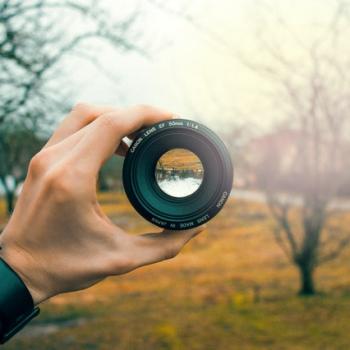