The Problem of Suffering 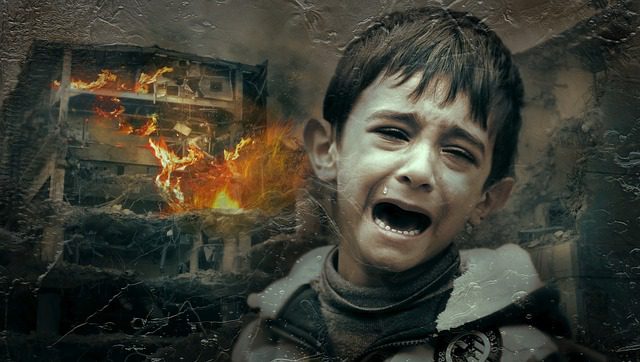 It’s easily the strongest argument against belief in a loving, all-powerful God: “Why does God allow suffering?”

Everyone – from the most average man-on-the-street to theologians and philosophers with lofty titles and degrees – has wrestled with the problem of evil.

Believers and non-believers alike struggle to answer this question.

Some Christians hold the view that God is sovereign, and that this sovereignty necessitates that God remain in absolute control of every atom in the universe – and therefore every event in history – down the very last detail. In this view, God is the ultimate micro-manager, and ergo, God is responsible for the suffering of children and the starvation of the innocent, and all other suffering we observe in our world.

But some challenge this notion and suggest that any God who requires evil and suffering as some mysterious part of his “Grand Design” is actually evil.

As theologian and author David Bentley Hart has said:

“Any world in which the suffering of children were morally intelligible or necessary or willed by God would not be a reality worth inhabiting, and it would not involve a God worth worshipping.”

This has led some authors and theologians to not only reject this “micro-managing” view of God, but to propose the notion that God is NOT in control of every detail of life. They say that because God is good, and because God is love, this means that God is also not “in control” of everything. Because perfect love does not coerce or control people. Love allows us to be as we are and loves us in spite of everything.

While I do prefer this point of view to those who want to argue that suffering is part of God’s great plan, I have to admit I’m not entirely on board with it completely.

I can appreciate the concept that God can’t intervene in our lives because God is love and love is not coercive, on one level, because it’s a better response than the alternative view (that God allows suffering for His own designs). The non-coercive view helps to bring comfort to those parents whose child was not cured of cancer, or to the husband whose wife was not spared in the car crash, but what about in those rare instances when it appears that God DOES work a miracle? What then?

In other words, I have experienced miracles in my life first-hand. In those cases, it was certainly obvious to me that – at least sometimes – God CAN intervene miraculously. What’s going on in those cases?

For example: my Father fell off our roof and landed on his head a few years ago. X-rays revealed that three of the vertebrae in his neck were powdered and shattered. Surgery was scheduled but there was a less than 50/50 chance that he would be paralyzed afterwards. Our Southern Baptist pastor and one of our deacons dropped by my Dad’s hospital room just before he went in for a CAT scan of the spinal cord and prayed a half-hearted “Baptist” prayer for healing – which typically assumes that God won’t heal, but let’s ask anyway. The next day the doctor told my Dad that he was confused because the CAT scan showed that his neck was totally healed. No injury whatsoever.

That was over 25 years ago. My Dad is totally fine. No surgery. No neck pain. Total healing.

So, if it’s true that “God can’t intervene” then what about situation like this where it seems that “God can”?

I mean, I’m more comfortable with the “God can’t” view than the “God allows suffering” view, but neither one feels totally right to me.

Here’s another angle on the whole suffering question.

What are the causes of suffering in our world today? I’d say a short list would be:

Much of the suffering in our world today can be traced directly to one of these things. But, we have the power to overcome and end almost all of these things right now.

It’s within our power to end poverty. We – as humanity – have enough food to go around. So, why don’t we mobilize and make sure that hungry children get the food they need today?

It’s within our power to end war. If we, as human beings, refuse to fight in wars, then no one can go to war. So, why don’t we stop supporting wars?

It’s within our power to get life-saving medicines to the sick, to wipe out malaria, to stop smallpox, and dozens more diseases around the world. So, why don’t we?

I guess what I’m saying is: Maybe a loving God is wondering why we allow so much suffering on this planet we’ve been given to share?

At the very least, we should do everything within our power to end as much suffering as falls under our ability to alleviate before we turn around and blame God for not doing more to stop suffering.

Especially if you don’t believe in God. Because if you don’t think there’s any “Higher Power” out there to make it all better, then who else will fix this broken world?

Maybe we are the people we’ve been waiting for?

Either way, our “thoughts and prayers” can only go so far.

The rest is up to us.

For more of David Bentley Hart’s thoughts on Evil and Suffering watch this: 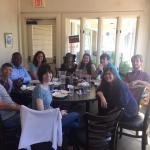 May 13, 2019 How Jesus Uses Tribalism To Subvert Our Tribalism
Recent Comments
19 Comments | Leave a Comment
Browse Our Archives
Follow Us!