The Wackadoodle Way Christians Use Romans 13 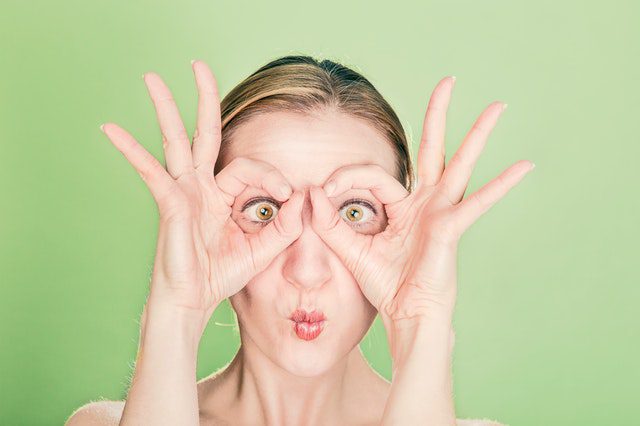 I’m constantly running into Christians who use Romans 13 to justify horrible things, like supporting military conflict regardless of who suffers as a result, or like explaining why immigrant and refugee children need to be taken from their parents and locked in cages and forced to sleep on concrete floors, or like supporting political leaders who enact policies that harm the poorest and most vulnerable in our society.

But, here’s the real “wackadoodle” part: If you try to apply Romans 13 to anything else, these same Christians suddenly drop it like a hot rock and back peddle like a frightened lobster.

Paul wrote Romans 13 to Christians who were suffering under the Hitler-esque reign of one of the most vile, evil and cruel leaders the world has ever known – Nero.

What did Paul urge those Christians to do as they suffered under this oppressive Pagan regime that burned them at the stake – sometimes just to light up Nero’s garden – and tortured them and threw them to the Lions for sport? How did Paul want those Christians to react? Well, he told them to “be subject to the governing authorities, for there is no authority except that which God has established. The authorities that exist have been established by God.” Paul even went as far as to say “…they [Political leaders] are God’s servants.”

Yes, since even Nero was “God’s servant”, those Christians should not revolt or rebel against their authority. In fact, Paul even says exactly this in verse 2 of Romans 13: “…whoever rebels against the authority is rebelling against what God has instituted, and those who do so will bring judgment on themselves.”

So, what about when the ruler isn’t an evil, God-mocking Pagan who burns Christians alive? What if the ruler is actually one of your own people, chosen by God, and affirming of your own Christian faith? What if this same Government not only affirms your faith but even went to the trouble of translating the entire Bible into the common tongue for everyone to have access to the Holy Scriptures? And then what if that ruler’s main offense is that he raises your taxes too much? What then? Surely if we cannot rebel against godless Pagans who crucify and torture Christians we can’t possibly rebel against one of our own, Christian leaders who translate and publish the King James Bible and send out Christian missionaries to establish Christian churches all over the globe…can we?

Well, if you were applying Romans 13 consistently, I think you’d have to say that Paul’s admonition remains: Don’t rebel against this authority that God has instituted, or else you’ll bring God’s judgment on yourself.

See, the same Christians who today affirm Romans 13 to make excuses for all sorts of other horrible injustices perpetrated by their Government, will at the same time re-tell the story of the American Revolution as a tale of Christians who were led by God to ignore Romans 13 and rebel against their own people, their own Government [not an occupying force, mind you, and not a Pagan authority, but their very own people], and fight and kill those soldiers who were representing the authority established by God to rule over them.

To them, this rebellion was blessed by God, and led by God and the heroes of this revolution were ministers of God’s will to establish a brand-new Government that these same Christians must now submit to, per Romans 13.

Does that make any sense?

Well, to me it really doesn’t.

What does make sense to me is how my friend Steve Scott responded when I asked him about Romans 13:

“Romans 13 suffers from a poorly-placed artificial chapter division that if read from 13:1 distorts the true meaning of the overall context flowing from ch 12. The overall context is that if somebody commits evil against you, you do not take revenge, but allow the civil magistrate to punish the evil doer. If you start reading in 13:1 it seems to create an authoritarian government that demands that we obey all laws. But taken in the overall context, ch 13 is actually telling us that if WE commit evil, then WE should submit to the punishment given to us. It is far less about obeying the government and being loyal to it than it is about accepting justice when we are the ones doing the evil.”

So, the point is that Romans 13 is less about endorsing a certain ruler [or rulers] as “God’s Servants” regardless of the evils they do, and more about how we shouldn’t rebel against their authority in terms of wielding the sword to punish those who do evil, [and less about cheering for our nation when it wields the sword against others].

Still, if we’re going to be Christians who stand behind Romans 13, we should at least try to be consistent.

If we can’t rebel against Nero’s regime, we certainly can’t justify rebelling against the rule of King George who never killed Christians for sport.

What’s more, we don’t get to arbitrarily celebrate lawlessness when it comes to our Founding Fathers, and then vilify it when women and children from Honduras and Venezuela try to seek refuge in our country by crossing our southern border.

This is what my friend tried to do the other day in response to my post about detention centers that harbor refugee children. “Did Jesus ever endorse lawlessness?” he asked me.

No, I thought. He didn’t. But it’s fascinating which lawless acts we excuse and which acts we do not.

When in doubt, maybe grace is still the best policy.

We’re all just human. We all want freedom for our children and safety for our families. We all dream of a better life. Some of us have it and take it for granted. Some of us don’t have it and are willing to risk death for a taste of it.

God forgive us for looking down on those fathers and mothers who die trying to enjoy something we did nothing to earn.

God forgive us for mocking their pain, and for justifying their torture.

Maybe we should also remember that Paul had a few things to say about the Law, and how it brought death, not life and how the only thing that really counts is faith expressing itself through love.

Or, as Paul phrased it:

“The only thing that counts is faith expressing itself through love.” [Gal. 5:6]

I’ll take more of that, please.

Want Keith to come speak at your church or in your home town? Learn more HERE
His newest book, “Jesus Unveiled: Forsaking Church As We Know It For Ekklesia As God Intended” released on June 9, 2019 on Amazon, and features a Foreword by author Richard Jacobson.
He is also the author of the Amazon best-seller, “Jesus Untangled: Crucifying Our Politics To Pledge Allegiance To The Lamb” with a Foreword by Greg Boyd.His Podcast: Heretic Happy Hour Podcast is on iTunes and Podbean. Can’t get enough? Get great bonus content: Patreon page.Upcoming events: 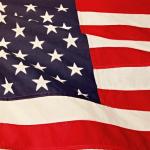 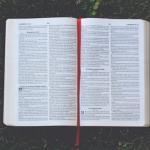 July 8, 2019 Test Your Bible Knowledge [A Quiz]
Recent Comments
55 Comments | Leave a Comment
"I have returned to the bogus entry and flagged it as impersonation while blocking the ..."
Rational observations? Why Deconstruction Isn’t So Easy
"Thank you for saying this. It needed to be said - especially to those who ..."
L. Ron, dewormed pony Please, Stop Worshipping Jesus
"A long story, as I said, and not one that I want to lay out ..."
Herm Why Deconstruction Isn’t So Easy
"That's bizarre and surely should be stopped. Impersonation has to be against the rules and ..."
Rational observations? Why Deconstruction Isn’t So Easy
Browse Our Archives
get the latest updates from
Keith Giles
and the Patheos
Progressive Christian
Channel
POPULAR AT PATHEOS Progressive Christian
1

How come I can't see you...
slacktivist
Books by This Author Books by Keith Giles