The Miracle Parables of Jesus

There’s a miracle story in the Synoptic Gospels that most Christians are quite familiar with. The casting out of the demons from the wild man of the Gerasenes is recorded in Mark and Luke almost verbatim, and –  curiously – in Matthew is retold as the casting out of demons from not one man but two men, and in this version, the name “Legion” is left out of the story.

Still, the details about the location, the casting of the demons into the pigs, the plea from the residents that Jesus leave the region, are all the same. Perhaps we could expound on why Matthew’s version differs in this way, but that’s another post.

For now, let’s just pay attention to the common details of this miracle as recorded in Mark and Luke.

What really fascinates me about this story is how easy it is to read it as a parable rather than as an actual event. For example, when Jesus asks the demon what his name is, the reply is “Our name is Legion, for we are many.” And this is our first real clue that this miracle might in truth be a parable. Because everyone at that time would have instantly recognized the name “Legion” was also the term used to refer to the Roman military.

If we look at this miracle as a parable, we’ll notice that the man who is demonized stands for the people of Israel who have been “occupied” or possessed by the Roman Legion. This was foremost in the mind of every Jewish person living in Jerusalem and the region of Palestine during the First Century. It’s especially why they were so desperate for a Messiah who would come and rescue them and liberate them from this oppressive occupying force and restore the nation of Israel to her former glory.

Once Jesus identifies the demon(s) as “Legion” he casts them – at their own request  – into the herd of swine, which, of course, were seen by the Jewish people as “unclean”. Once Jesus casts them into the pigs, they run off a cliff and into the ocean; essentially destroying themselves.

Afterwards, the man [who represents the nation of Israel] is seen “clothed and in his right mind” again, sitting at the feet of Jesus.

But, once the people of that region realize what has happened – that the “Legion” has been expelled – they ask Jesus to leave them. This probably indicates the reaction of some within the Jewish community who were quite comfortable with the Roman occupation and even enjoyed great wealth as a result. They are not happy with what Jesus has done and reject him.

Another key factor in reading this miracle as a parable comes when you realize that Isaiah 65:4 contains a fascinating reference to both graves and swine:

“A people who … sit among the graves, and spend the night in the tombs; Who eat swine’s flesh, and the broth of abominable things is in their vessel”

The prior verses in Isaiah 65 leading up to this are commonly read as a Messianic prophecy:

To a nation that did not call on my name,
I said, ‘Here am I, here am I.’
All day long I have held out my hands
to an obstinate people,
who walk in ways not good,
pursuing their own imaginations—
a people who continually provoke me
to my very face,
offering sacrifices in gardens
and burning incense on altars of brick;

who sit among the graves
and spend their nights keeping secret vigil;
who eat the flesh of pigs,
and whose pots hold broth of impure meat;”

With all of this in mind, I find it almost impossible to read this miracle story in any other way than as a parable that we are meant to find a deeper, hidden meaning in.

This also makes me wonder how many other miracle stories in the Gospels are essentially parables rather than mere reports of individual healings.

If so, then perhaps those miracle stories recorded in our Gospels are merely intended to provide an allegory that explains what it was like to experience the presence of Jesus in terms that mirror the language of the miraculous.

I’m not saying this WAS what happened, but I am very open to the possibility that it might be.

DID YOU KNOW? The Old Testament never once mentions Eternal Torment? So, where did it come from? This 3-week online course – Jesus Undefeated – is designed to answer all your questions about Hell and covers all 3 historically Christian views: Annihilation, Eternal Torment and Universal Reconciliation. Class starts Monday, July 5, 2021. REGISTER HERE>

Keith Giles and his wife, Wendy, work with Peace Catalyst International to help build relationships between Christians and Muslims in El Paso, TX.  Keith was formerly a licensed and ordained minister who walked away from organized church over a decade ago to start a home fellowship that gave away 100% of the offering to the poor in the community. Today he is the author of the best-selling “Jesus Un” series of books, including “Jesus Unforsaken: Substituting Divine Wrath With Unrelenting Love” which is available now on Amazon. 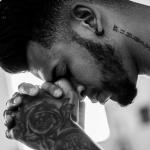