When Nikolaus Copernicus formulated his new model of the universe which placed the Sun, rather than the Earth, as the center of our solar system, in the 1500’s, it quite literally turned science, and theology, upside down.

I feel like we need another Copernican Paradigm Shift in today’s Christianity if we hope to move beyond an Earth-centric theology that allows for a more realistic understanding of God and our Universe.

Here’s what I mean: Many Christians today – even many Progressives that I encounter – still hold on ideas that whatever God is doing in the Universe it must happen here on this planet to matter.

For example, just the other day I was having a conversation with a friend of mine who said, “Earth can’t be destroyed because the Kingdom of God has to come to earth after Jesus makes all things new.”

In light of how vast and seemingly endless our Universe turns out to be, the idea that God cannot “bring the Kingdom” or “make all things new” without our little planet seems more than slightly absurd.

Bottom line: So many of the ways we conceive of God, or of ourselves, or of God’s ultimate plan for the Universe, are all wrapped up in humanity, and specifically, life on this planet.

Sometimes when people say, “God made man in His image”, I have to ask, “I wonder if Dolphins ever think, ‘I’m made in the image of God!”

And would a dolphin be wrong to think such a thing? I think not.

This human-centric blind spot we seem to have is also the reason why so many of us bristle at the notion of God being a “She” or insist that God is male, as if God had a penis or a vagina.

We can hardly imagine God without personifying God, and in so doing we make that God a man, or a woman, or at the very least some anthropomorphic being that bears at least some resemblance to ourselves.

Wendy and I were watching this fascinating documentary on Netflix with Graham Hancock – Ancient Apocalypse – which looks at the cataclysmic disaster that nearly wiped humanity from the face of the Earth at the end of the Ice Age.

The subject matter led us to a conversation about how fragile life on this planet truly is and how there are a variety of similar disasters that could easily erase all human life [or at least most of it] in a matter of hours or days.

For example, a single solar flare could instantly vaporize all life on Earth at literally any moment. Most of us would never know what hit us as the oceans would vaporize and all oxygen would instantly evaporate and every living thing would be charred to a crisp in a matter of seconds. [For the record, solar flares extending beyond the orbit of our planet have been observed in our own lifetime. Thankfully, none of those were pointed towards us. But it could still happen].

Another possible cataclysm might be a planet-killing meteor or comet which strikes the earth with enough force to either throw us out of orbit around our sun, or crack us into pieces, or at minimum create massive tidal waves and unleash earthquakes globally that wipe out most life on our planet.

Or, our existence could be snuffed out by the massive super-volcano sitting just beneath the surface at Yellowstone National Park. One day – and we can’t predict when – it will erupt suddenly and throw enough molten ash into our atmosphere to kill nearly all human life on this planet in a matter of weeks.

So, what if one of these events were to happen in our lifetime? Would that mean that God wasn’t real? Would it mean God’s plans to “make all things new” were thwarted? Would it mean that the Gospel isn’t true or that those who follow Jesus [or any other religion] wasted their time?

God is still real. Making all things new is still God’s ultimate plan. The Gospel message is still the truth. Those who follow Christ are not wasting their lives.

Christ is at work in everything, everywhere. God is revealed in all Creation. Life here is a reflection of the love of Christ for all things.

As long as we continue to hold on to the primitive notion that our planet is where all of God’s plans must come to fruition, or that what happens on this planet is the only revelation of Christ in the Universe, or that God’s image is merely human, we will miss the bigger picture – literally.

A few years ago when I published my book about the End Times and the Second Coming of Christ – Jesus Unexpected – I had some pushback from a few people about how I originally ended things. My conclusion was that everyone would eventually come face-to-face with Christ because we would all die in a few short years, and in that way, we would all live forever in Christ’s Kingdom which was beyond space and time.

But, a few friends pushed back and asked me to add an Epilogue that gave us some hope for an eventual New Heaven and New Earth here on this planet. So, I thought about it and decided that, sure, why not, I could envision a potential outcome where God’s Kingdom plan finally comes to be on this planet and, eventually, at some point in the future, physical humanity comes to embody the reality of Christ’s Kingdom here.

Yet, I still can’t understand why so many of us insist on the physical fulfillment of such things. As if being alive in the presence of Christ is only “real” if we’re all in physical bodies of flesh and bone. I don’t understand that.

What is “real” is most likely so far beyond our ability to comprehend or imagine that, in comparison, this physical reality we’re in now is most likely about as “real” as a child’s crayon drawing of a hippo hanging on God’s refrigerator.

In other words, things don’t have to happen on this tiny speck of a planet, dwarfed by gazillions of other galaxies spread out across an infinite Universe of stars and planets, to be “real” or “true.”

If Christ is all and is in all, and if we are filled with the fullness of Christ who fills everything in every way, then we need to think a little bigger and expand our definitions of God and widen our expectations of what Christ might be up to in our Universe.

If it all burns up tomorrow, or if you and I breathe our last some unexpected day in the future, all will be well, and all manner of things will be well, and Christ will still be all and in all, forever and ever, amen.

There is still an even more ultimate reality beyond this one, I’m convinced. There is a dimension of pure Being just beyond our reach.

Perhaps we were formed in our mother’s womb in order to be born into yet another womb and eventually, when it’s time, we’ll all be born yet again into another womb of even greater beauty and wonder into a dimension next door.

Either way, this little planet isn’t big enough for what God has in store, and this little body isn’t either. 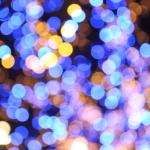 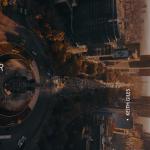