On October 1963 during the Second Vatican Council after a heated debate whether the treatise on the Virgin Mary should be kept separate or be incorporated into the document on the Church Lumen Gentium, the New York Times ran the headline, “Council Votes to Downgrade Mary.”  This headline gave an impression incongruent with what actually happened at the Council, and in particular at that specific debate.  The role of the Virgin Mary was not downgraded, but rather the document that spoke about her became the eighth chapter of the document on the Church.

There are currently scores of interpretations in the media of what Pope Francis said and did not say.  I have not written earlier because I believe greater clarity from the Pope would be helpful.  Some are extremely happy, others are extremely upset.  In the end, I believe this may be a huge non-news news event.

Pope Francis shows great compassion and love toward homosexuals, reminding us that they are part of God’s family.  He speaks these words to a world where in some countries gays and lesbians are discriminated against, and sometimes executed.  The Catechism of the Catholic Church clearly states that “The number of men and women who have deep-seated homosexual tendencies is not negligible… they must be accepted with respect, compassion, and sensitivity. Every sign of unjust discrimination in their regard should be avoided. These persons are called to fulfill God’s will in their lives and, if they are Christians, to unite to the sacrifice of the Lord’s Cross the difficulties they may encounter from their condition.”

Pope Francis speaks of convivencia legal which could mean civil union but could also be understood as civil coexistence.  If Pope Francis means the second, that is in accordance with the Catechism as quoted above.  If he refers to civil unions, civil unions are already a reality in most countries in the world.  Civil unions do not impact what the Catholic Church teaches about the Sacrament of Marriage.

Pope Francis is known for speaking without the precision of a theologian.  This characteristic makes him feel near to us – he speaks with the voice of the people.  This same characteristic however presents difficulties when it becomes unclear as to what he is saying, and what he is not saying.

In the end, my personal take is that Pope Francis said that homosexuals have a right to belong to God’s family and their own families without being kicked-out or discriminated against.  He then either continued in this same line of thinking stating that laws should ensure peaceful coexistence, or he stated that civil unions are a way the state can ensure the dignity of homosexuals is respected.

As a priest, I have met faithful Catholics who are attracted to people of the same sex.  They are part of God’s family.  The attraction does not in any way decrease the dignity of that person or the love God has for that person.  Pope Francis is reminding us of this truth.

October 24, 2020 Bishop Stephen Parkes Issues Statement Regarding Elections 2020
Recent Comments
0 | Leave a Comment
Browse Our Archives
get the latest from
Labyrinthine Mind
Sign up for our newsletter
POPULAR AT PATHEOS Catholic
1 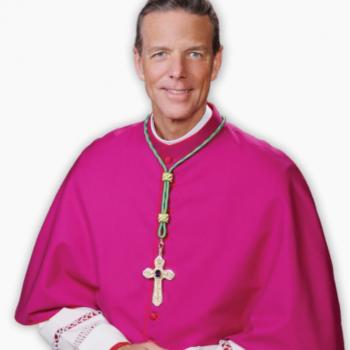 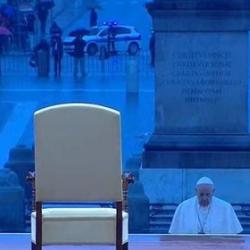 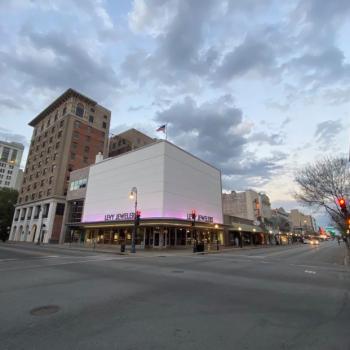