I was a teenage Jesus Freak

I was a teenage Jesus Freak August 20, 2018 Chris Williams

Although I was largely invisible in high school (and liked it that way), there was a nickname a few people had for me: Baptist Boy.

It was given to me because I didn’t drink, swear, go to parties or sleep around. I didn’t appear to have any friends outside of my youth group. It wasn’t meant as a particularly kind nickname, but it fit.

If there was a more stereotypical Jesus Freak in American high schools, I’d be surprised. I was the kid who spent more weekends at youth group activities than parties, the mall or football games. I was at every “See You At the Pole” prayer rally, beginning with my freshman year. I blasted Christian rock from my beat-up 1977 (snot green)  Le baron. I carried my NIV to school and led a Bible study with my best friend.

My parents weren’t overly strict, but I was encouraged to generate my closest relationships in the church. I attended youth retreats instead of Spring Break, church banquets instead of prom. I was wary of talking to any classmates because I believed that their lifestyles would corrupt mine. Church girls were the ones to date; high school girls were the ones who would end up getting pregnant (both ignored me anyway). “Secular” rock and roll only celebrated sex, drugs and violence. “Christian” music was made for worship and the glory of God. When a classmate asked if I was interested in playing Dungeons and Dragons, my youth pastor had an intervention — somewhere in my parents’ basement, there’s still a book about how D&D leads to suicides and mass murder.

I’ve been out of high school more than 20 years, and my life looks much different.

The kid who once made it his mission to be in church every time the doors were open is gone. I’m skeptical — sometimes of my faith, more often of Christians. I’ve sat in church services that erupted into shouting matches over something as simple as copying machines and church politics. I’ve watched church leaders become embroiled in extra-marital affairs. I live in a culture where more people identify the church by the politics of its members than by the hope they believe in. Is this the majority of Christianity? No, and I can tell you about scores of Christ-followers who have come alongside me, prayed for and with me, and are modeling Christ’s love and compassion to the world. Still, the negatives were the most vocal and, as they appeared during my teenage and early college years, they had an impact on how I viewed the church as I grew older.

I’ve also discovered that the world “out there” is not full of people who want to destroy my faith, tear me down or discourage me. I count unbelievers among my closest friends, and I’ve seen that differences in faith can exist among friends and even provide the greatest balance to my own blindspots, challenging my preconceived notions and causing me to reflect and repent on how I’ve interacted with those who don’t share my faith. I’m not only unafraid of my non-Christian and atheist friends, I’m thankful for them and I love them. Do I wish they would see the hope in Christ that I’ve come to know? Of course. Will I love them, listen to them and accept them even if they don’t? Absolutely.

I’ve come to see that “secular” and “Christian” are often nothing more than marketing words. That too often a “Christian” song, movie or book is simply designed to appeal to a lucrative demographic. Sometimes lyrics that sound praiseworthy are just cleverly constructed to provide a watered-down alternative to better — but more “dangerous” — art and exploit current trends under the guise of faith. I’ve learned that much of “Christian” art is not particularly good, and I question whether we can consider something with a good message but mediocre art acceptable in view of a God who asks for our first-fruits, the best of what we have. I’ve often been more moved and challenged by elements of some R-rated movies than by anything I’ve read in a “Christian” book or heard in a sermon. While I think there is challenging and encouraging music being made from a Christian worldview, I’ve also seen immense beauty through “secular” music, marveling at its originality and commitment to artistry.

Chances are, my 16-year-old self would be pretty suspicious of me if we met today. I wonder if he’d take a look at my CD and DVD collections and assume I’d backslid. He’d be aghast that sometimes I have a drink or that my words often aren’t fit for young ears. Sometimes I think he’d wonder if I even follow Christ.

But I look back at a boy so naively sure of a faith that had never been tested, and I wonder the same thing about him.

Can your faith remain strong if it is never tested? Is someone a “good” Christian because of their commitment to Christian culture and avoidance of certain sins, even though they sit there in class, self-righteously believing every one of their classmates is going to hell? Was my immersion in American Evangelical subculture really a badge of belief, or was I displaying my own pride and self-righteousness to the world, thinking God loved me more because of the good guy I was?

I don’t want it to sound like I regret growing up as a teenage Jesus Freak. I’m very thankful for much of that. My youth pastor impressed on me early on the importance of abiding in the Word daily. Some of the best memories of my confusing adolescent years come from youth group events and retreats. While I love current music, I’ll freely admit that dc talk, Steven Curtis Chapman and Five Iron Frenzy still make it in heavy rotation on my iPod. And I do believe that my self-imposed isolation — however misguided it may have been —  put me in a position where I was spared mistakes that could have dramatically affected my life. I’m older now, and I see my sin much more clearly. I know what I was capable of, and I believe that God in His grace directed my life, even using my sinful self-righteousness, to protect me from things I could have introduced into my life in high school and college. But the perspective is all the difference — back then I believed I was protecting myself from the world. Now I can see that God was most-likely sparing me from myself.

And yet, a bit older, more weathered and hopefully wiser, I see Christian subculture more clearly. I see that it’s often a means to isolate Christians from the rest of the world, inhibiting relationship and dialogue. It gives the illusion of safety,“rescuing” a bit of the culture and ghettoizing it for believers instead of urging them to go out, redeem the art and express themselves in new, creative and, yes, dangerous ways. In its own way, it doubts the effectiveness of faith, believing people need an alternative, because if they come against “secular” ideas and art, their faith is not going to be able to endure. It tells people “you’re Christians, you’re the good guys…the world doesn’t like you, so this is your corner,” instead of reminding them that we’re all beggars, dependent on the grace of God. It takes sacred, transcendent and creative acts of spirituality and devotion and exploits them, turning them into cottage industries, twisting worship into capitalism. It builds a community of self-righteous individuals who are content to jump from event to event, relieved they didn’t have to come into contact with “sinners,” instead of being challenged to show love, compassion, gentleness and kindness to those who believe differently.

Yes, I’m older. Yes, I’m more weary. Yes, my teenage self would probably see me as being a troubled sinner.

I’m okay with that. Because I am a troubled sinner. I’m reminded of that every day, and just when I think there’s no deeper that my selfishness, pride or depravity could go, I top myself. But in those moments, I’ve seen grace that is so much deeper, more beautiful and more alive than my self-righteous self ever was able to. Charles Spurgeon once said that if our sin is small, our savior has to be small…but if our sin is great, than our savior has to be great. And in seeing my own sin, I’ve seen the greatness, beauty and grace of God. 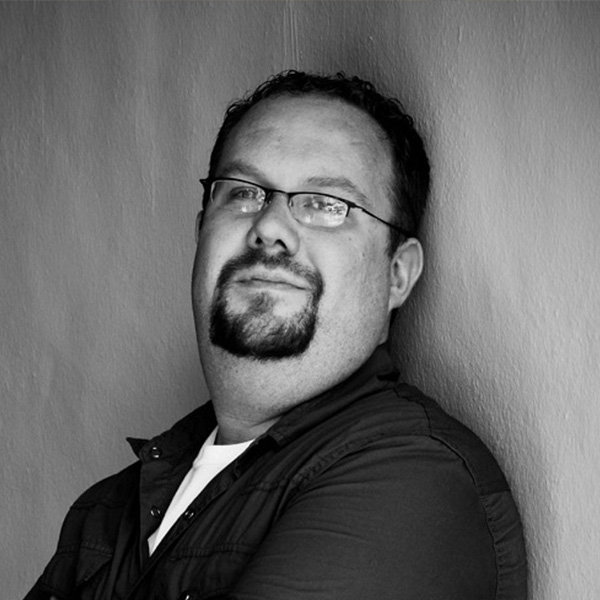 About Chris Williams
Chris Williams has been writing about faith, culture and film since 2005. His work has appeared in the Source and Grosse Pointe News newspapers, Local Celebs magazine, Reel World Theology, and Christ and Pop Culture. He is the co-host of the podcasts “CROSS.CULTURE.CRITIC.” and “It’s My Favorite.” Chris lives in the Detroit area with his wife and two children. You can read more about the author here.
Previous Post 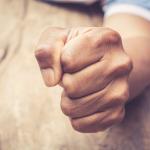 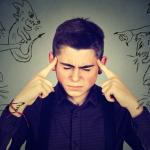 August 31, 2018 Your inner voice is your worst enemy
Recent Comments
0 | Leave a Comment
"This hasn't aged well."
Sean Dattoli Church via app is spiritual masturbation
"Really enjoyed this read, brother. Thanks for sharing all of this with us.As a believer ..."
Gabe Kelley Why I’m still listening to Derek ..."
"How many guys at church are single because anyone less than a 10 is invisible ..."
Rachel Nichols Confessions of a would-be Incel
"I'm not quite an incel. I keep getting hook up offers from desperate, lonely men. ..."
Rachel Nichols Confessions of a would-be Incel
Browse Our Archives
get the latest from
General Christian
Sign up for our newsletter
Related posts from Mere Chris-ianity

A Life of Love
For Christians, a life of love is built on the fact that...
view all General Christian blogs
What Are Your Thoughts?leave a comment
Copyright 2008-2021, Patheos. All rights reserved.