Where Are Today’s Pagan Temples and Who Goes There?

In the ancient world, people could find pagan shrines and temples in every larger city and village. But where are today’s pagan temples and who are the pagans who go there? 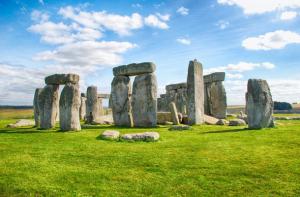 In every culture, there are sacred places that are still considered to be sacred by a great number of people. Some of the most famous pagan shrines are Stone Henge in England, which draws more than 800 000 tourists every year. Most of these people are just tourists, but there is a portion of guests who are pagan or otherwise spiritual people and are interested in this monument that was, according to legends, an old sacred place for the druids. Events are being organized for pagans to visit Stone Henge and celebrate turning points of the year, such as Summer Solstice and Samhain. 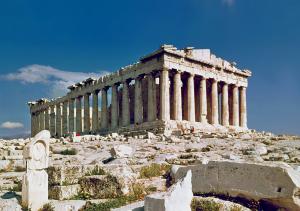 Another world-famous Pagan Temple is Parthenon in Athens, Greece. Over 7 million tourists visit Parthenon each year. We can’t tell exactly how many of these people are pagans, but there are people who are drawn into Greek temples because they feel a connection to the ancient Greek culture and its gods. Greece in general is a great destination for a pagan to visit because it is pretty easy to find temples and even museums dedicated to particular Greek deities. There are temples for Zeus, Poseidon, Aphrodite and Athena and any Greek deity you can think of.

Mermaid goddess Atargatis was worshipped in ancient Assyria. According to the legend, Atargatis was the goddess of love and fertility. She fell in love with a human Sheppard and accidentally caused his death. This drew the goddess into a state of depression and she tried to drown herself. The sea could not hide her beauty and she transformed into a mermaid. Mentions of Atargatis in the ancient texts are the first mentions of a mermaid. Atargatis was worshipped all over ancient Syria. The descriptions of her temple are rich and vivid. Atargatis was told to have a golden temple. There was a large statue of her made of white pearl and her altar was surrounded by a pool filled with exotic fish. To get to the altar, worshippers of the goddess had to swim to get to her. This is also a beautiful metaphor, which describes the journey that the goddess herself went through when she transformed into a mermaid. Unfortunately, the temple of Atargatis no longer exists and most temples that were built for pagan deities are long gone, but we still have some beautiful sacred places left.

Most pagans find their home in nature. Entering a forest or a beach can be seen as a spiritual experience. My family roots are in the Sami people of Lapland. My family owns a cabin in northern Finland, and some of my deepest spiritual experiences have occurred there. The Sami’s had their own sacred stone formations. They were known as Seita, the standing stones. When I enter the Seita, I express my gratitude to the spirits of the place. I often leave a gift to the ancestors as an offering. This is usually food or maybe a drop of alcohol or coins. 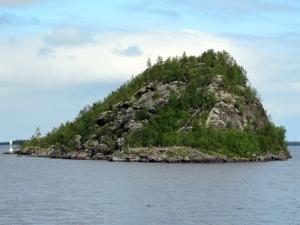 In Finland, we have ancient sacred places that have worked as temples. One of them is Ukonsaari (the Island of Ukko). The island itself is a Seita. It was an old worshipping place where people brought gifts for the gods, such as food, reindeer meat and bones, and especially deer antlers. In Sami mythology one of the deities was the great reindeer spirit and reindeer were sacrificed to honour him. According to archaeological studies, Ukonsaari has been a pagan temple since the 14th century and still today, there are pagans who visit this place to show their respects to the ancient gods. Ukonsaari was named after Ukko, who is the thunder god in mythology. In the 19th century famous British archaeologist Arthur Evans, who found the palace of Knossos in Greece, visited Ukonsaari and even found a silver headband there, which currently can be found in the Finnish Sami museum Siida.

In Lithuania, there is a pagan sanctuary that is also a paleoastronomic observatory. Based on a past sanctuary near this place,  Samogitian Sanctuary was rebuilt in June 1998.  The historic site stood on Birutė Hill in Palanga, where it stood until the 15th century.  Sanctuary consists of wooden statues at this site representing several Baltic gods: Thunder, Dawn, Continent, Austėja, Ondenis, Patrimpas, Patulas, Devil, and Lada. The statues were all carved by local folk artists. Sanctuary is still in use. Lithuanian neopagan groups celebrate their sacred holidays there. When the sun sets in the sea, the columns can be used to calculate calendar holidays.

European pagan temples, were burian mounds, henges and other ceremonial places and thousands of them continue to exist throughout Europe. Additionally, In India, several temples dedicated to different Hindu deities have survived, same with temples in Egypt, but these places are often preserved for cultural heritage and open worshipping rituals aren’t allowed. 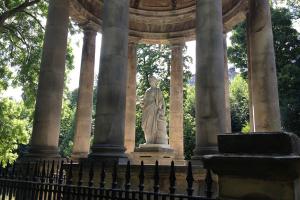 One famous modern pagan temple can be found in the city of Edinburgh in Scotland. Between Dean Village and Stockbidge above the Water of Leith, there is a sacred well and a statue of the Roman goddess Hygeia. The water is believed to have healing powers Known as St Bernard’s Well, the enchanting structure has stood for 229 years.

There are some beautiful pagan temples that I have visited. I have seen the moon shining behind Parthenon and I can imagine that being a powerful experience for those in ancient times who worshipped Athena (and lived in the city that she was named). Some years ago I visited the temple Poseidon in Cape Sounion and the museum after, which was filled with items found from the temple, thousands of years old mirrors with dolphins and carvings of mermaids, Octopus and other sea creatures. Visiting a temple can strengthen the relationship between the worshiper and the deity. I personally tend to see all gods and goddesses more as archetypes, but that doesn’t take away the enchantment that the myths and stories told about different gods and goddesses around the world hold inside them.

October 27, 2022
Autumn Time Festivals (In Latvia and Finland)
Next Post 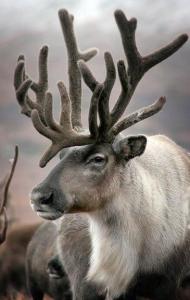 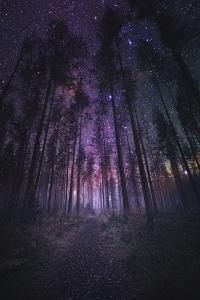