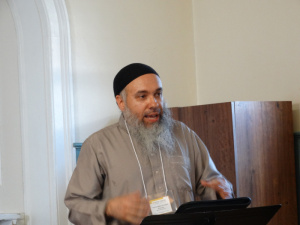 Similar to African Americans, Latino Americans have a historical connection to Islam that pre-dates Columbus. In 7ll C.E., European Visigoths were defeated by Muslim forces under the leadership of general Tariq ibn-Ziyad in southern Spain and came under Muslim rule and Muslim Spaniards were commonly referred to as Moors. The area, known as Al-Andalus, represented a strong Muslim presence in Medieval Europe[1]. Muslims controlled Al-Andalus until 1492, with the fall of Granada to the Spanish lead by Ferdinand V and Isabella. 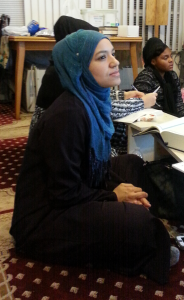 One-hundred years after the fall of Grenada, the Spanish engaged in a Religious and ethnic cleansing campaign, wherein Muslims were expelled from the Iberian region. Boase explains that although the treaty between Moors and Spanish, “subjects of the Crown were to be allowed to preserve their mosques and religious institutions, to retain the use of their language and to continue to abide by their own laws and customs[2]” it was broken and Muslims in Spain were inflicted with force mass conversion and witnessed the burning of Arabic religious texts[3]. Finally, in 1609 Archbishop Juan de Rebira proclaimed that the country would never be pure until the heretics (Muslims) were expelled and Philip II signed the decree for expulsion[4]. Additionally, Muslim children under the age of five were taken from their parents in order to live with Christians and undergo re-education and indoctrination to Christianity[5]. Thus Islam for the most part purged from the peninsula and future generations of Spaniards of Muslim descent lost connection with the faith of their heritage. I will demonstrate that this is a source of identity for modern Latino Muslims, many of which attempt to reconnect with their Moorish Muslim heritage.