Paul Misunderstood God’s Will and You Can Too!

Paul thought he was doing God’s will, until Jesus appeared to him on the road to Damascus. This divine encounter revealed to him that he had failed in a spectacular way. The book of Acts shares this encounter with us. It happens when Paul is still Saul.

Meanwhile Saul, still breathing threats and murder against the disciples of the Lord, went to the high priest and asked him for letters to the synagogues at Damascus, so that if he found any who belonged to the Way, men or women, he might bring them bound to Jerusalem. Now as he was going along and approaching Damascus, suddenly a light from heaven flashed around him. He fell to the ground and heard a voice saying to him, “Saul, Saul, why do you persecute me?” He asked, “Who are you, Lord?” The reply came, “I am Jesus, whom you are persecuting. But get up and enter the city, and you will be told what you are to do.”

You know things are bad when God has to come and personally knock you off your horse. Nothing else would have reset Saul’s thinking but this divine intervention. We’ve all had these moments, just maybe not as dramatic.

I know I’ve had to learn that God’s exceptions and plans aren’t mine. I’ve learned that the hard way a few times. For our first full-time ministry we moved to a different town, in a different state, because we believed God wanted us there. We thought God was going to do amazing things with us and revive a church. The problem was that a few years into this adventure God hadn’t shown up (at least not as expected) and everything fell apart. We had “failed“ and then in the immediate aftermath we were asking, “What went wrong? How did we miss God’s will? Why did we fail?” Maybe you can relate. Maybe you “heard from God” once and then had everything blow up in your face. It’s disheartening to say the least!

Looking back I can see that God was working, just not in the way I expected.

The Apostle Paul evangelized the Roman world, wrote over half of the New Testament, and had a personal encounter with Jesus. He knows something about following the will of God. If you read through the book of Acts and through his letters you’ll see Paul got it wrong – a lot. That’s right, Paul, the Apostle, the Saint, missed God’s will.

Paul made a lot of plans that didn’t work out. He tried to visit Rome often, but had been prevented for one reason or another. Paul had planned to visit the Corinthians and shared those plans with them, but those plans failed and frustrated everyone involved. Sometimes God prevented Paul’s plans from succeeding like his trip to Bithynia, other times it was Satan. Paul’s plans failed and because Paul was a man of faithful prayer we can be confident he made these plans carefully, which is why when they failed it hurt so bad.

Paul Is Not Alone

Thees “failures” puts Paul in a respectable category of faith heroes. The other famous apostle, Saint Peter, missed God’s will and told Jesus he didn’t have to die. David thought it was God’s will for him to build the temple but it wasn’t. These godly men couldn’t seem to always keep a handle on God’s will. Yet, they all had one thing in common: they pursued God with their whole hearts. Paul finished his life witnessing to the emperor’s household. Peter planted churches, wrote books, and continued to witness for Christ until his death. David didn’t build a temple, but made it possible for his son to build it. How did history judge these men? Peter was the “rock” that Jesus established his church upon. David was “a man after God’s own heart.” Paul took Christianity global.

These men were constantly, imperfectly pursuing God, and we hold them up as heroes of the faith. Pursuing God and getting it wrong is better than not pursuing him at all. Our life is like a car, when stationary it’s hard, if not impossible, to steer (especially without power steering), but when the car is in motion guiding it is so easy! Too many Christians are stationary, sedentary, waiting for God’s direction, and when it comes it’s nearly impossible to move them! It’s easier to guide a Christian when they’re in motion, pursuing God (even if they veer off track occasionally). So, do your best. Move in the direction you think God is and eventually you’ll find him.

You’ll also be able to turn back and see that God wasn’t absent. God uses our detours and even misdirections. In our first church we formed some amazing friendships and did some amazing work..even though the church closed. God used us to bless the people we met. He used them to bless us! God is the master at using anything given to him. It may not turn out the way you want, but it will likely be exactly what you need.
Previous Post 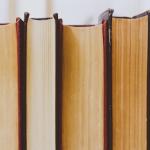 October 14, 2022
Three Books for New and Aspiring Pastors
Next Post 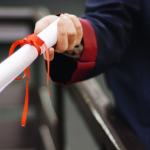 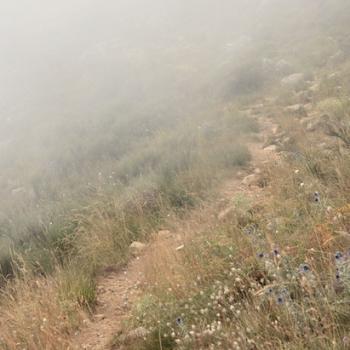 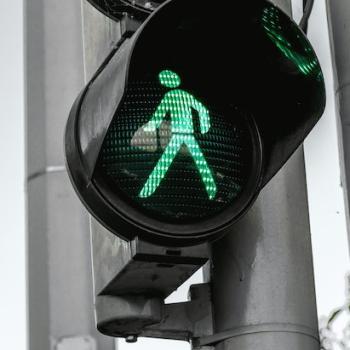 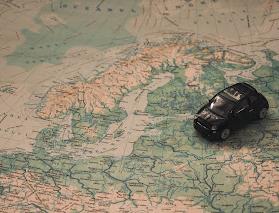 Progressive Christian
God's Plan is Not About You
Option C Church 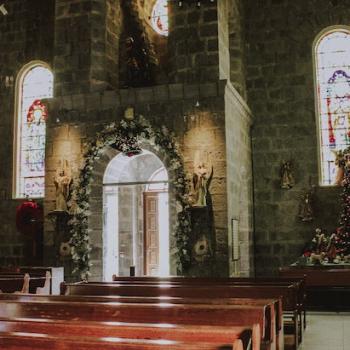