Guardian of the Womb

Sometimes for me the Goddess is a symbol—of my own personal power, of Nature, and of women’s strength and value. Sometimes, like during the death/birth of my third son, She is a literal presence in my life. In November 2009, my third son died during my second trimester of pregnancy. My birth-miscarriage experience with him was a powerful and transforming experience and I was left with a sense of openness to change. A receptivity to larger forces and powers in the world.  Indeed, it felt like a spiritual experience of sorts and has left me transformed in many ways. Just as Carol Christ experienced a sense of, “love as the ground of being” after her mother died, I feel as if I literally experienced the presence of the Goddess in the death/birth of my tiny son.  While a very practical, grounded, and realistic person, I also had several spontaneous Goddess “visions” in the months following my loss. After his birth and in my journey through grief, I experienced a sense of myself as inherently worthy and valuable—that I didn’t need to do anything special to be a worthwhile human being. She became real for me in these moments.

As a very practical and down-to-earth person, it has taken me a number of years to have the courage to name my own “mystical experiences” and to give them credibility as a source of personal strength and insight in my own life. I’ve long been informed by my dreams and have had some very profound experiences with dream-wisdom, but the experience I describe below was a spontaneous “vision” of sorts and not a dream. 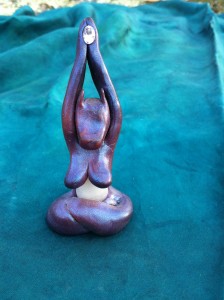 While I experienced my first miscarriage-birth in 2009 as a powerfully transformative experience, my second miscarriage early in 2010 was a terrible blow that brought me into a very dark and distressed place. Following the second loss, I started reading a really wonderful book called Wild Feminine by Tami Lynn Kent. It contains many visualization exercises centered around healing our pelvic wounds and connecting with our “pelvic bowl.” One exercise was about visualizing the guardian of the womb. As I read the phrase that night in bed, I immediately experienced a strong, clear image of a black, stone goddess figure with upraised arms and a stylized jackal head. At first, I was saddened by the image, feeling that my subconscious had identified my uterus with Anubis, the God of Death, rather than a place of life and birth. I felt shaken by this spontaneous vision and felt like my body was perhaps telling me I would never have another living baby. However, I also intuitively felt like the figure I had seen was not, itself, threatening, but was actually serene and beautiful. After thinking about it for several days, I did a little internet research, wondering if there was a female Anubis or Goddess Anubis, since the “womb guardian” with the jackal head that I had seen was distinctly a female figure. I then discovered that apparently Anubis had a wife, not well known or much explored, named Anput. As I read about her, my heart eased and the message from my body about my womb’s guardian became a deeply meaningful message of comfort rather than despair—Anput was referred to as, “Guide and Guardian. A Bringer of Life and Order.” This felt like a message to me, whether from my psyche/subconscious or Goddess herself, I’m not sure, but it meant a lot to me. I did in fact conceive my daughter two months later and gave birth to her with wild, sweet relief in my living room in January of 2011.

Molly is a certified birth educator, writer, and activist who lives with her husband and children in central Missouri. She is a breastfeeding counselor, a professor of human services, and doctoral student in women’s spirituality at Ocean Seminary College. This summer she was ordained as a Priestess with Global Goddess. Molly blogs about birth, motherhood, and women’s issues at http://talkbirth.me and about thealogy and the Goddess at http://goddesspriestess.com 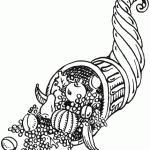 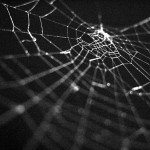 November 26, 2012 From the editor's desk: On the web
Recent Comments
0 | Leave a Comment
Browse Our Archives
Related posts from Pagan Families