This is part 2 of an interview with Tara “Masery” Miller about her experience initiating the adoption process. She writes the Staff of Asclepius blog here at Patheos and we previously published her beautiful essay about facing infertility.

Yesterday I published part 1 in which I asked about why she’s chosen adoption. In part 2 I ask her lots of questions about the intersection between Paganism and adoption. 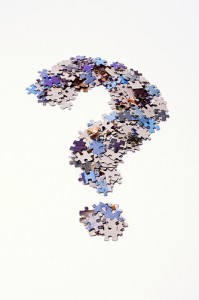 3. How has being Pagan affected your adoption process?

First, my husband isn’t Pagan. He’s a magic practitioner, panentheist which means he believes that the Divine is in all the material universe yet it has a conscious observational presence outside of the Universe. We have both of those things in common.

One of my disabilities is depression, and a great way to help ease its symptoms is socialization. For a long time I had a big hole in my heart because I didn’t have any open minded religious resources. I’m in a small town of less then two-thousand people in South Central Missouri. There is a statue of Rush Limbaugh in the State Capital. No joke. I had not place to go.

How does this relate to adoption? Well, I put some thought into this and joined the Unitarian Universalist Church of the Larger Fellowship which is the UU online. I love it. I look forward to the monthly newsletter, quarterly magazine, and weekly online worship services.

The Missouri Family and Children’s Services (a government agency) intention to adopt form illegally asked what our religion was. Just as I suspected. I was aware it was illegal because my atheist friend had sent me plenty of references on religion and adoption. Well, instead of blatantly saying I’m Pagan and my husband’s a mage, I said we are spiritual and I belong to the Unitarian Universalist Church! And sometimes we attend a Methodist Church. Which is true. My mother is a lay minister!

Actually because her church is out in the boonies, in the middle of the woods, there are people of different Christian faiths there. I feel comfortable attending most of the time and simply pass on communion. I’m there for the fellowship between humans. It will be interesting even stressful to see how strongly she tries to influence our children’s religious education.

Another thing I’ve done is hide our extensive occult and Pagan book collection under the bed. I also moved some Goddess statues around to look like art pieces and made my altar into a generic one. Not because I’m ashamed but because I didn’t want to risk being misunderstood in the Midwest. The woman who did our initial home study was very nice and not intrusive at all.

4. How has being disabled affected your adoption process?

So far it hasn’t effected our adoption process except through the internal dialog and long conversations Michael and I have had. We wonder if we will be able to provide all a child will need. When he or I are having a seizure and have to help the other, who is helping the child? Unless it is life threatening, the child will have to come first. Especially if they are very young when we adopt. It’s the unknowns that make the process stressful for anyone. For us, it’s even more so.

The first thing I did was chant to beautiful Kwan Yin, Goddess of children asking that she help us get accepted into the program and eventually find the right child or children. So far we’ve been accepted. Gaia, the Earth Mother, had been my strength during the long wait. We have to attend a nine-week foster care course, then two adoption courses. The first set we signed up for was canceled and they didn’t know when it would start again. Just sometime in June. Five months may not be long in a lifetime but when you are waiting to get started on the next step of a dream, it’s excruciating. We actually start the classes in just a few weeks.

Now that I think about it. I haven’t done a full ritual. Just said a lot of prayers. A ritual would offer great comfort and I wish I had a Pagan community here.

Well, I haven’t found a group online yet specifically for Pagans adopting, and there isn’t a group in my area. That means there isn’t support here for Michael and I that is specifically Pagan. We do have friends, family, and wonderful neighbors though, which will be very important.

I’m concerned about postadoption depression. You see, I won’t have 9 months to bond with a child that I carry. When we choose who to adopt, they will arrive with a different background. We will have to see what their personality is like based on how they were raised and what their spirit is like. Natural parents also don’t have as much red tape. Basically they can get pregnant and have a child. Michael and I have to open up our minds, home, and lives to strangers. I understand that it’s important for children to be placed in safe homes. That doesn’t mean the process isn’t any less stressful.

10. Do you intend to use ritual to welcome your child into your family?

I want to create a UU style ritual or find one to use. The government will be closely watching us for six months to a year, and I don’t want anything misunderstood. Infants are very rarely adopted through the state because parents at fault for some sort of prenatal neglect have fifteen months to change their lifestyle after the child is born. More than likely we’ll be adopting a child who can answer our worker’s questions. I’m so grateful she’s a kind woman.

11. What do you want Pagans to know about adoption?

There are a lot of children who need homes. So many that if you don’t have a criminal background, have some income, keep your home clean, and pass the classes you can adopt.

12. What do you want adoption agencies to know about Paganism?

I would like government adoption agencies to not ask about religion at all. Secondly, Paganism is such a varying culture that you really have to know each individual parent and not the religion.

13. What important questions am I missing?

I want to make it clear that Michael and I are still very early in the process. We were accepted in the intent to adopt program. The initial paperwork was about ten pages, and since we are disabled we had to list all of our medications as an attachment.

We passed a simple home inspection. This meant a social worker came by to make sure our house was clean. She asked us a few questions to double check initial paperwork and asked why we wanted to adopt. It was a lot easier then I expected. I thought we would get the white glove test. Since I had helped my sister nest, aka clean like a maniac before giving birth, she helped me.

We’ll be taking fostering classes next. We won’t be fostering and we’ll have to pass a fostering inspection even though we’re adopting. From what I understand it will be similar to basic training for a social worker in a group home. How to deal with emotional issues in children, how to communicate with their family and help reunite them. We’ll be doing a closed adoption though which means our children won’t be able to seek out their parents until they’re eighteen. We’ll also learn how to prepare our home. That includes extensive safety measures such as medicine that is locked away not just behind a safety latch. Again, this is because sometimes people foster older children even teens and we have to pass the class even though we are adopting.

The adoption class will talk more about legalities and bonding with the child or children.

Adoption is a large part common sense, planning, and faith. The common sense and planning help with the classes. In some ways, you will be very very prepared because you’ll have the assistance of professionals. Faith keeps you moving toward your dream of one day having a family.

Thank you to Masery for so generously sharing your story. I wish her all the brightest blessings as she pursues this adoption path. If we’re lucky maybe she’ll check in with us again when she’s a little further down the road. 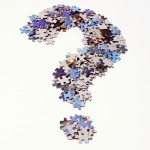