I actually read The Magicians some time ago, but following Raise the Horns’ review of the new TV series, I thought I’d post my review of the book, as we have quite different thoughts on this work.

In The Magicians, 17 year old high-achiever Quentin is about to take an interview for an Ivy League university, when he suddenly finds himself sitting an exam for a magical school of wizards called Brakebills instead. He passes and is thrust into the world of magical education – but not all is as blissful as he thought it might be, and then unspeakably evil things start happening…

…Sound familiar? Of course it does. It is impossible to talk about this novel without referring to the works from which it derives: Harry Potter being the most obvious one, but also The Chronicles of Narnia, Dungeons & Dragons, a bit of Discworld and other works get mixed in there too. In fact, it is so derivative of these works that some have labelled it a pastiche or de-construction of the fantasy genre. But I’ll get on to that later.

First, I want to talk about the positive aspects of this book. The biggest plus for me is that it does not generally violate the number one rule of fiction: Don’t be boring. For all its flaws, it remains quite readable and engaging, which I put down to its rocket-speed pace. The story takes place over a span of years and makes huge leaps in both time and space. While this doesn’t really allow for much of a build up of mystery and tension, it does mean that we are never left twiddling our thumbs. It has plenty of excitement and peril, and that keeps it a page-turner. Another positive is that when this book does do something original, it does it quite well. At one point, Quentin and his friends end up in a part of Brakebills school that resembles an extreme ascetic monastery, which takes a heavy toll on their mental health. That part showed some real creativity and depth.

Which is why it is a shame that this book is perplexingly unoriginal for the most part. Grossman doesn’t even try to hide this fact – he directly references Harry Potter and Dungeons & Dragons several times. Which is just weird, and it left me unsure as to what this book was trying to do. I can only think that it was trying to be a darker, grittier version of the world of children’s fantasy fiction. Yes, it is dark, with most of this darkness coming from the unpleasantness of its characters. But is it any darker than J.K. Rowling’s world in which some of the most beloved characters die meaningless deaths and the overall plot is an allegory for the dangerous and inhumane discrimination that exists in the real world? I think not.

There are already many excellent parody and pastiche writers of fantasy out there, and what makes them great is their passion and respect for the thing they are so tenderly lampooning, as well as a good side of humour. None of this comes through in The Magicians. It comes off as far too cynical about its subject and strangely detached from the wonder and mystery of the genre. It’s also unrelentingly bleak.  Not only in terms of plot, which is very much a downer all the way through, but also in terms of the writing. None of the characters are likeable or even particularly interesting or distinctive, which is a problem in a novel where being able to remember all the characters is important as people will disappear and crop up again ages later. The writing too, while action-packed and fluid, generally lacks charm or beauty, and the sparse attempts at humour are weak.

Finally, let’s examine The Magicians‘ treatment of magic. To begin with, its references to magic are actually promising. We are told that magic is unfathomably deep and mysterious, and we get treated to finding out a little about how learning and practising magic works in this world, which is more than what we got in Harry Potter. Grossman is keen to emphasise that magic is unbelievably difficult and the user must pay great physical, mental and emotional prices to learn it – not a unique theme, but it’s well-presented here. It’s also clear that Grossman’s been doing a bit of research into Wicca and other forms of witchcraft – we have references to the Rede, visualisation as magical technique, and even the word “hedge witch” pops up (only its meaning here is different to what hedge witch means in real-life witchcraft, so I’m not sure why Grossman used this word). That wins a few points from me. But sadly, by the second half it seems Grossman completely loses interest in exploring the nature of magic. It becomes just another sloppy device with rules that change according to the need of the plot – the characters seem omnipotent one minute, defenceless the next.

I think if you pick up The Magicians, you will find enough intrigue and excitement to sustain you to the end. But I found myself unsatisfied with this as a contribution to, and commentary on, the world of fantasy and magic. 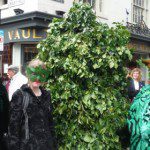 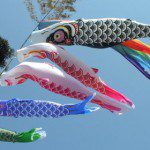 April 30, 2016 Celebrating the Masculine at Kodomo No Hi
Recent Comments
0 | Leave a Comment
Browse Our Archives
get the latest from
Pagan Tama
Sign up for our newsletter
POPULAR AT PATHEOS Pagan
1 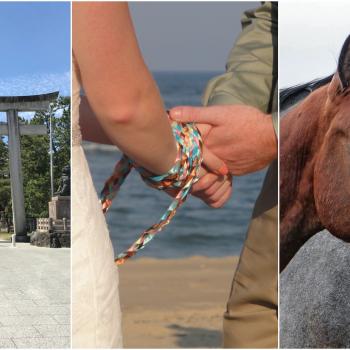 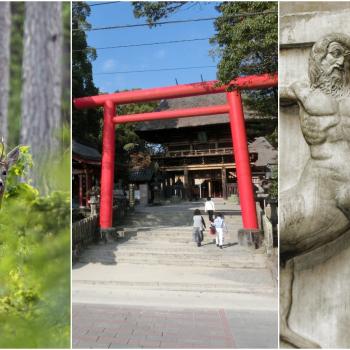 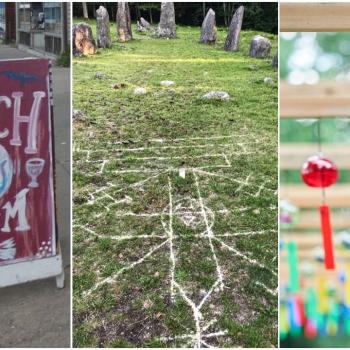