O’Donnell, the Media, Real Witches and the Promise of October

The Pagan community never expected this kind of media attention over Christine O’Donnell’s ignorant and silly comments. We certainly didn’t receive this much attention when Jerry Falwell said that we, along with the ACLU and others, caused 9/11. As a community we are used to people saying something negative and ridiculous about us in the public forum while we try in vain to be heard above the media hoopla. Yet O’Donnell’s comments have the media coming to us, and this is something new. 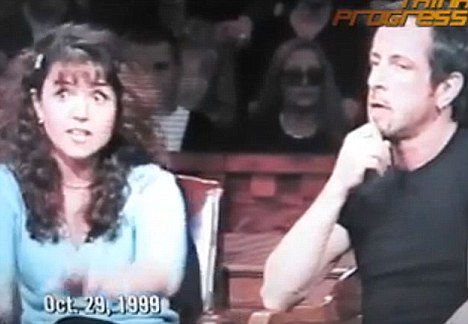 Jason at The Wild Hunt certainly never expected this kind of response when he initially wrote about Dabble-Gate, as he cleverly termed it. Both Starhawk and myself were convinced to write about it by colleagues. Like her, I never had any intention of writing about the debacle. Yet when I did comment I ended being quoted out of context by USA Today of all things. To our great surprise the media knew about us, and upon hearing O’Donnell’s remarks immediately went after the reactions of Witches, Wiccans and Pagans. It’s astounding. I’m sure many of my co-religionists may feel, like me, that we are in an episode of the Twilight Zone. I mean, CBS even got the opinion of a Satanist!

Jason is always reminding us that we have to pay attention to where Paganism and politics intersect, however I don’t think even he expected The Daily beast to say in it’s interview with Selena Fox and Ivo Dominguez Jr. that O’Donnell has cost herself the Pagan vote. No one expected ABC news to talk to Covenant of the Goddess or for award-winning religion writer to poke fun at O’Donnell while emphatically stating that her views of Witchcraft are wrong. In fact, the only over-the-top erroneous characterization of Witches seems to come from Stephen Colbert, and even I found his take hilarious.

Even those of us who consider ourselves to be media-savvy are blown away by the media coverage, and considering how close we are to October, the traditional time the mainstream media turns it’s glazed and hungry eyes our way, I say we capitalize on it. We have smart insightful writers, political analysts of every stripe and plenty to say on this and many other topics. You don’t have to be a “Big Name Pagan” to have something unique and interesting to say on the subject.

One really fascinating that was brought up last night both on air and in the chat room at the Pagans Tonight! recording last night was the use of the words Witch and Witchcraft. They’re controversial, explosive and even within our communities tangled up with the word Wicca and Wiccan in unhelpful ways. Personally, I revel in the terms revolutionary spark and feel that Witch is as an important identity as Wiccan or Pagan for me. Wicca has been misused for decades and applied to all manner of things but Witch is not a tame word and implies spiritual work that is not complacent, comfortable or “safe”.

September 23, 2010 Wyrd Designs – The Holy Tides – Winter Nights
Recent Comments
9 Comments | Leave a Comment
"I"m an ASPIE and fall dead center in the "Geek Triad" as mentioned but with ..."
networkadmin The Spiritual Component of Autism
"If you have not already discovered this, if you want a Pagan temple, go to ..."
Aidan Kelly My Hopes For The Future of ..."
"I will miss you and your posts SO MUCH, Star. You are amazing."
Simon Jadis So Long, And Thanks For All ..."
"One of the festivals I've attended a few times was just that - Paganstock in ..."
Lori Dake My Hopes For The Future of ..."
Browse Our Archives
Related posts from PANTHEON