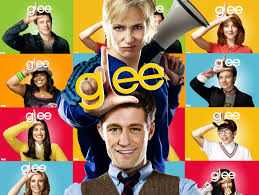 Glee has touched on spirituality before. Both Rachel and Puck are Jewish and Quinn’s parents are very conservative Christians. Last night Glee decided to feature songs about spirituality and while I groaned at first the episode actually turned out nicely, if a bit preachy. The issue of non-believers right to not have religion forced on them, particularly in a school environment was a nice touch.

While the episode felt heavy for Glee, and Glee has tackled heavy subjects in the past, it was nicely done. No Pagan-ish songs but we got some R.E.M. which suited this Georgia girl just fine! (You know which song!) My one regret? Why didn’t Tina the Goth bust out with something awesome? Like Depeche Mode’s Personal Jesus?

Along with interfaith relationships, the episode deals with death and prayer, both topics we’ve been talking about on our What Do I REALLY Believe? series. Check it out and drop your thoughts in the comments. Shy? Just drop your beliefs anonymously into Soul Secret! Don’t forget to check out our new question for the series at the bottom of this post!

It’s worth a watch to see how a popular tv show can tackle such a broad subject in a pretty inclusive fashion. You can stream the episode on Hulu.

Christopher Knowles, who brought us the delightful Stan Lee-endorsed book Our Gods Wear Spandex, has written a really fabulous book on the occult and Pagan roots of rock music: The Secret History of Rock ‘n’ Roll. I know I have spent hours chatting with other Pagans about The Doors, Led Zepplin, The Pretenders and Jefferson Airplane. Many of us truly believe Jim Morrison was at least somewhat possessed by Dionysus, if not at least incredibly influenced by him.

Jason Pitzl-Waters put a fabulous interview with Christopher Knowles up at The Wild Hunt. Check it out and check back here, because we will have more on this really fun and fascinating book on the Pagan Portal at Patheos.

Christine O’Donnell Sure Ain’t Me

The Wild Hunt featured Christine O’Donnell’s latest campaign ad, in which she pulls a Richard Nixon while marginalizing the entire Pagan community. I was annoyed but I also saw an opportunity. As election day draws closer consider that there are at least 1 million Pagans in the US and that elections, such as the 2000 presidential election, have had much smaller margins. If you can, pull out your iPhone or flip on your webcam and join me in reminding people that protecting the religious rights of all faiths is important.

And Peter Dybing, First Officer Elect of Covenant of the Goddess, beat me to the punch by an hour!

What Do I REALLY Believe About Evil?

Our What Do I Really Believe? series moves on next week to the problem of evil. While the wording of the question seems a bit silly to us non-Abrahamics, it’s still an interesting question. Why do bad things happen? What do you really think?

To respond, and maybe be featured on the main page for the series, send a response of no more than 250 words with a one sentence bio and a pic to sfoster@patheos.com. The sooner you get your response in the better your chance of being featured!

The devil has been blamed for all kinds of things in human history, from global catastrophes to our own personal failings. Is there really a force of evil in the world? If so, what is it? How does it work? What does it look like?

We got a fabulous response to our current series on the effectiveness of prayer from P. Sufenas Virius Lupus that I didn’t manage to get in to the main page. I feel bad about not having his response on the much snazzier series page but I’m glad to be able to share it with you here:

There are (at least) two ways to look at the effectiveness of prayer:  either its ability to create change and influence outcomes materially; or, to create a change in manner, emotion, or the quality of an experience or perception.
Prayer is not always effective in the former case.  No matter how hard I pray for good weather on a certain day, for a particular political candidate to win an election, to get a job I’m applying for, or to win the lottery, any of these things may or may not happen based on physical factors that I have no control over.  The gods do not necessarily have control over these things either, and so while many of them may support my desire for these various things, they may not be able to create the situation whereby the outcome I’m seeking comes to pass.
However, in the latter case, the gods have never failed me.  When I pray for strength to face a particular situation, no matter what the outcome is, I have gained strength.  When I have prayed for peace around a particular situation, I have never failed to gain at least some peace on the matter, however fleeting and no matter what the situation ends up being.  This peace and this strength, furthermore, do not come unbidden when I have not prayed for them.  As this is an area in which the gods have never failed me, I know I can rely upon prayer to effectively “make things better” for me whenever I do it.

I do think letting the gods know what our desires and wishes are is also a good thing, though; however, there is no cause to get mad or resentful when they don’t come to pass, because they may not have any control over such things.  My gods don’t need to be omnipotent for me to consider them important, any more than any of my friends or associates has to be omnipotent for me to seek their help or ask for their advice or support.  If I ask for something and it does happen, though, the gods certainly should be thanked.  Nonetheless, I also am very careful of any form of thinking that suggests that correlation is causality.  I thank the gods for their role in supporting me when my wishes come to pass, not for making something good result for me when very likely something not-very-good might be resulting for others as a consequence.

October 7, 2010 The Last Great Initiation
Recent Comments
7 Comments | Leave a Comment
Browse Our Archives
get the latest from
Pagan
Sign up for our newsletter
POPULAR AT PATHEOS Pagan
1