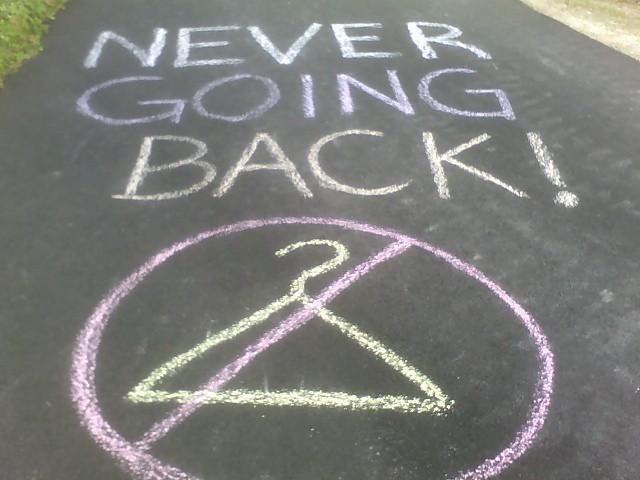 Recently someone close to me called me and asked me if I would accompany them to an abortion clinic. I assured them I would go with them and they could count on me. Like me, this person was not anti-child or anti-life, but had reached a stage in her life where having a child was a serious medical concern, as well as unwelcome. She had already raised children and they had flown the nest. She and her partner had reached a point in their life where they were beginning to look forward to retirement and grandchildren. Thankfully, it was just a false alarm.

People who are against abortion might think I’m cold. That I hate children and intend to remain childless. They couldn’t be more wrong. I love children. I have the most beautiful, smart and funny nieces and nephews in the world and that’s a fact. When I was married I wanted to start a family. After I was divorced I would not consider being a single parent. Now that I’m nearing 30 my ancestors and Gods are having me reconsider having children. I think it’s likely I will have children in the next decade if I am blessed with them.

Desiring to have children and start a family doesn’t make me anti-abortion though. I don’t regret my prior intention to have an abortion. I will support any woman who feels that is the best choice for her. We hear stories of these women who managed to live through pregnancies they never should have endured simply because they survived. You rarely hear the stories of women who don’t. I know women for whom a pregnancy would likely kill them due to medical issues. There are women who want children desperately who have had to have abortions because they had a brain dead fetus, horribly malformed, growing inside them. Abortion was the only procedure that would ensure they had the best chance possible for future pregnancies.

Children should be wanted. They should be planned for and embraced by a family who is prepared to care for them. Bringing a child into poverty, addiction and abuse is wrong. Most women intrinsically understand that. It’s one of the reasons violent crime decreased 15 years after Roe V. Wade. There were simply fewer children brought into a world that wasn’t prepared for them and couldn’t care for them. Though anti-abortion advocates praise the virtues of adoption, these abortions wouldn’t have resulted in children anyone wants to adopt.

There are lots of children in the world who need to be adopted. They’re the kids no one wants. Kids from the ghettos. Kids with disabilities. Kids who’ve been shuffled around in foster care and don’t know what it means to have a real family. Kids who come from backgrounds of abuse, neglect and addiction. People who adopt want to adopt the kid from the blue-eyed blonde cheerleader who got in a family way in her senior year. They want to adopt children from Malawi, China or some other country so far away that it seems benevolent to raise the child of a rice farmer with a Wii and hamburgers. Brangelina didn’t adopt any Katrina orphans, and most of the people wringing their hands and clutching their pearls over abortion have no interest in caring for the very “least of these” born addicted, neglected and consigned to foster care.

One day I will have a child. Maybe two or three. That doesn’t mean that someday I might not have an abortion. I cannot see what the future holds and I refuse to allow a medical procedure to be outlawed that may one day save my life and protect my fertility. We will not go back to back alley coat-hangers. We will not consign women to shady doctors who may cost them their life and fertility. We will choose life, respect life and recognize it is a responsibility. Becoming pregnant isn’t a sign of virtue but being prepared to raise a healthy child is.

January 26, 2011 Fun Facts For the Deity-Owned
Recent Comments
20 Comments | Leave a Comment
Browse Our Archives
get the latest from
Pagan
Sign up for our newsletter
POPULAR AT PATHEOS Pagan
1

The Presence of the Gods
John Beckett
Related posts from PANTHEON