Get updates from Perchance Perpetuity delivered straight to your inbox

Loving a Broken America (Part 1 of 2)

The Evil of the Love of Money

I’m currently reading Killers of the Flower Moon, a non-fiction by David Grann about the murder of the wealthy Osage Indians in the first quarter of the 1900s over the lucrative oil fields owned by tribe members. The horrific acts rooted in greed and corruption work against our desire to trust those that should care for us. The need for centralized policing becomes obvious in the retelling of this historical drama one wishes to be fiction, while at the same time recognizing that government involvement is a double-edged sword. The slant of bias against a creed of people runs deeply and systemically. People that appear to be advocates are enemies. The story is just a drop in the bucket of the numerous injustices in a broken America. The Church’s role in disenfranchising the Osage is also discussed.

The release of the book seemed timely with the election of Trump and the Keystone XL pipeline protests, and ultimately the forging ahead of the pipeline project. Deeper than that is the understanding that as a nation our painful history is oozing out of the closets we have tried to stuff them in. Every new injustice, be it police brutality, crumbling environmental protections, gentrification and displacement, racial disparities, or any myriad of new or old wounds are an echo of our past, our broken past.

America is Not Alone

I can only speak for myself, but I have come to a point where I’m fully aware of the brokenness, fully accepting of the errors, and fully despairing in it. I suppose this could be a time to accept the little advice many of us have heard since the election of “Let’s just see.” The reality, however, is that we know what there is to see. There is nothing new under the sun. This world is broken and has been broken. The same evils that plagued Jesus will plague us. There is no doubt that we, especially in America have a level of comfort that has allowed us to be soothed through trials, but that has not stopped crimes breathed into life from the heart of man. People are killed every day. Rapes happen every day. People are swindled every day. All of this occurs in America. The question is, is it possible to love America, sins and all?

I’ve been asking myself this question a lot lately. As a Catholic it is almost too easy to switch hats from American to Catholic and throw out some defensive arguments about universality and focusing on God above country. I won’t say that this is wrong but I will say it does not sit well with me.

The Osage killings were an important case for the FBI, at the time called the Bureau of Investigations. To solve the murders an outside source not affiliated with the local powers seemed the only solution. This was the first murder investigation under J. Edgar Hoover. It struck me while reading the book that as much as I was enraged at the injustices of the case, there was this consistent theme of tirelessly fighting for justice. It wasn’t without bias but it was there. At the core of the American dream is a sense of justice, rooted in freedom. This dream came at an unacceptable cost to native peoples and all people of color. It seems to me that there is a Sophie’s Choice in our love of America of either nurturing the pain or nurturing the dream. I think it is possible to do both.

To love a broken America we have to accept that injustice is inevitable. It can not be stomped out completely. No nation has achieved this and neither will we. We are not uniquely flawed. Patriotism does not demand that we do not seek to better ourselves or not recognize our mistakes. Accepting criticism is not disavowing the good values we strive for. In my next post I will discuss some ideas on Christian choices in the face of our national flaws, both historic and modern. 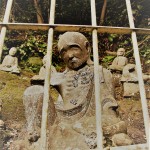 March 2, 2017
Compassion for Prisoners During the Lenten Season
Next Post 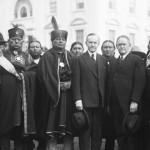 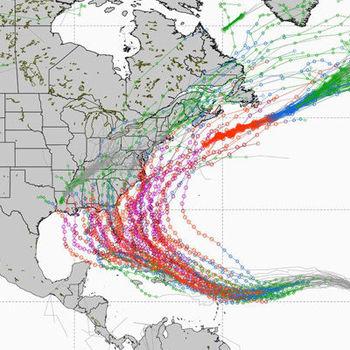 Catholic
5 Ways to Practice the Catholic Faith to...
Perchance Perpetuity

Catholic
Compassion for Prisoners During the Lenten Season
Perchance Perpetuity 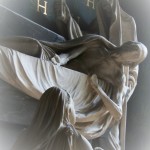