(The new URL will be http://www.patheos.com/blogs/phoenixandolivebranch, but you’ll be redirected anyway.)

The Phoenix and Olive Branch is about to join its sister sites No Longer Quivering and Love, Joy, Feminism on Patheos. I’m very excited to be part of Patheos’ ever-expanding conversation. Here’s a preview of some of the topics you’ll see me address:

More of the Religious Fundamentalism and Sexuality Project (which, by the way, has been reopened for additional participants!)

Adventures in Egalitarian Marriage: My relationship with Stuart, our wedding plans, a report on the wedding itself (next year) and our experiments with chore-sharing and negotiating responsibilities.

Yes, You Can be Normal, a series about the strategies I used to acculturate into “normal” society after growing up fundamentalist and my tips to make it easier.

More on Abortion and Birth Control.

The conclusion of the Daughter of the Patriarchy series.

And, of course, your regularly scheduled patriarchy-bashing, poking holes in the modesty doctrine, occasional forays into politics and the economy, and whatever else pops up in the news that pings my fundar.

Got suggestions or requests? Leave ’em in the comments!

July 20, 2012 Gloating and Slander: Michael Pearl, Nancy Ann Wilson, and Christian Fundamentalist Responses to Criticism
Browse Our Archives
get the latest from
New Visions
Sign up for our newsletter
POPULAR AT PATHEOS New Visions
1 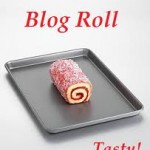 New Visions
Settling in and Getting Organized: check out my...
The Phoenix and Olive Branch 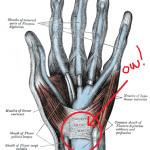 New Visions
A short break
The Phoenix and Olive Branch