Nobody posted a “Religion Q and A” item on the new year’s theme so here’s his own chosen topic, aspects of time’s passage in world religions.

The commonly observed times have notably religious origins. Years (e.g. 2014) are counted from an ancient and inaccurate guess on when Jesus Christ was born. Non-Christians often designate years as C.E. (“Common Era”) instead of A.D. (“Anno Domini” meaning “Year of the Lord”). Our Gregorian Calendar is a reform ordered by Pope Gregory XIII in 1582, which skipped past 10 days and devised the leap year system. Because of that Roman Catholic origin, Anglican Britain and its Protestant American colonies didn’t switch from the ancient Julian Calendar until 1752, and Greece, where the Orthodox Church dominates, held out till 1922!

CHRISTIANITY — As with most faiths, January 1 has no religious significance whatever, though some congregations do hold New Year’s Eve services. For many, the “church year” begins on the first of four Sundays in the Advent season that prepares for Christmas. Celebration of Christ’s birth on December 25 (or January 7 for “old calendar” Orthodox) is an arbitrary choice that took hold in the 3rd Century.

JUDAISM — Rosh Hashanah (“head of the year”) begins a 10-day period of spiritual and moral reflection, the Days of Awe, culminating in Yom Kippur (the Day of Atonement). The new year occurs in September or early October and, oddly enough, on the religious calendar’s 7th month, not the first month, determined by complex calculations. The years (5775 begins next September 24) are counted from the traditional time for God’s creation of Adam and Eve.

ISLAM — Years are counted from the founding Prophet Muhammad’s flight (“hijra”) from Mecca to Medina in 622 C.E. The religious calendar follows lunar months with a shortened year of 354.37 days instead of the conventional solar year of 365.26 days. So new year’s day (not a major festival) and all religious dates gradually float backward through all four seasons of the solar calendar (the next year begins around October 25 in 2014). Because a month’s start is reckoned by authorized naked-eye sightings of the new moon, two consecutive days are often built into calendars for advance planning.

HINDUISM — Some 30 days for the new year occur in various parts of India, many around the spring equinox. The national calendar puts new year’s day on March 22. One tradition says the season marks when Brahma began creation.

CHINESE RELIGIONS — Taoism, Confucianism, and other ancient spiritual traditions developed an elaborate system of lunar calculations to fix the important 15-day new year’s season beginning on the 12th day of the 12th month, in mid-January extending through mid-February. This is a season to propitiate gods and ancestors.

JAINISM — The religious year begins on the first day of the month of Kartika, which occurs on variable autumn dates.

ZOROASTRIANISM — Iran’s great historical religion is all but supplanted by Islam and perpetuated mostly by India’s Parsees. The year starts at the spring equinox.

MAYAN RELIGION — The ancient civilization of southern Mexico and Central America made headlines in 2012 leading up to December 21, when some New Agers supposed its calendar meant the world would end. Actually, the mathematically-minded Mayans’ time was endless so 2012 ended a long cycle of 2,880,000 days (7,885 solar years). Religious reckoning of short cycles (years) had 20 months of 13 days each.

Whatever your creed or lack thereof, a Happy New Year from the Ridgewood Religion Guy and “Religion Q and A.” Those who learned about this blog during 2013 might be interested in the purpose defined upon launch just over a year ago: 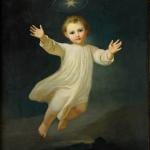 January 6, 2014 Are there different versions of Islam's Quran?
Recent Comments
2 Comments | Leave a Comment
Browse Our Archives
Related posts from Religion Q and A

Public Square
Where do U.S. religious groups stand on abortion?
Religion Q & A

Public Square
Was Jesus a Socialist?
Religion Q & A