What do today’s U.S. Protestants believe about the use of alcoholic beverages? Have attitudes softened?

Further, just afterward “USA Today” reported a study showing from 2007 to 2017 U.S. deaths attributed to alcohol increased 35 percent, and 67 percent among women (while teen deaths declined 16 percent). These fatalities well outnumber those from opioid overdoses that have roused such public concern.

Not so long ago, total abstinence predominated among many or most Protestants, who effectively mandated this for clergy and expected the same from lay members. (Other faith groups such as Muslims and Mormons elevate abstinence into a divine commandment.)

A 2016 Barna Group poll showed 60 percent of adults who are active churchgoers (both Protestants and Catholics) said they drink, compared with 67 percent for the over-all U.S. population. Among evangelicals there was a nearly even split with 46 percent who drink. (Barna defines “evangelicals” by conservative beliefs, not the loose self-identification political polls use.) Only 2 percent of evangelicals admitted they sometimes over-indulge.

Otherwise, Barna found, regular churchgoers consume smaller amounts on average than others. Asked why they don’t drink, 10 percent of abstainers acknowledged it’s because they are addicts in recovery. Notably, 41 percent of the population said alcohol causes trouble for their families.

The Bible does not teach total abstinence, and says wine can be a blessing (Psalm 104:15) and helpful medicine (Proverbs 31:6 or 1 Timothy 5:23), yet abhors drunkenness (in several other Proverbs passages, also 1 Corinthians 6:10 or Ephesians 5:18). Several narratives depict alcohol abuse as the pathway to sinful behavior.

Intoxication emerged as a major societal problem in the early modern era with the widespread drinking of potent distilled beverages alongside beer and wine. Economic threats to families and spousal abuse caused America’s pioneer 19th Century feminists to campaign against the alcohol trade alongside demands for the vote. Many Protestant churches, both liberal and conservative, joined the “dry” crusade. Meanwhile, Protestants often shunned Communion wine upon the invention of pasteurized grape juice.

The Southern Baptist Convention officially endorsed the cause for the first time in 1886 with a resolution proclaiming “uncompromising hostility” to the manufacture and sale of all alcoholic beverages. In 1916 the Methodists established their Board of Temperance, Prohibition, and Public Morals. (This agency and its considerable assets later morphed into the United Methodist Church’s General Board of Church and Society, which still warns about the dangers of drink but expends most energy on issues favored by Democratic Party liberals.)

The UMC’s “Social Principles” do not require abstinence, but affirm this practice as “a faithful witness to God’s liberating and redeeming love.” For those who do drink, it advocates “judicious use with deliberate and intentional restraint.”

Protestants cheered in 1919 as Americans ratified a remarkable political change, a U.S. constitutional amendment forbidding “the manufacture, sale, or transportation of intoxicating liquors,” and rallied against a “wet” Catholic Democrat, Al Smith, in his 1928 run for president. Prohibition was repealed in 1933 but Protestant-dominated localities continued to bar alcohol sales.

Temperance or total abstinence remain important especially for American evangelicals. Major seminaries like Dallas, Fuller, and Gordon-Conwell continue to forbid alcohol on campus (without barring what individuals might drink elsewhere).

Wheaton College in Illinois, an elite training ground for many evangelical leaders, long and famously required staff and students to pledge abstinence. Its current code lists alcohol among topics that are not “explicit biblical issues” but matters of “wise stewardship” of the mind and body.

The college states that “the Bible requires moderation in the use of alcohol, not abstinence.” But it says the Bible warns of alcohol’s dangers, that consumption is “addictive to many” and is society’s “greatest substance abuse problem.” Also, “many Christians avoid it as a matter of conscience.”

Thus, Wheaton’s campus is kept dry and undergraduates are directed to avoid drink “in all settings.” Grad students and adult employees are no longer required to abstain but are asked to observe “careful and loving discretion” on drink and not to provide it when undergrads are present.

November 9, 2018
How do conservatives respond to archaeologists' skepticism about Bible history?
Next Post 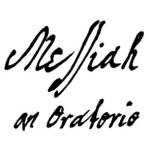 December 7, 2018 What explains the durable popularity of Handel's "Messiah"?
Recent Comments
0 | Leave a Comment
"(First off, a correction: telescopes were invented about 1,300 years after Ptolemy's death.)Skeptics have been ..."
Ray Ingles UFO buzz: Will life on distant ..."
"NIPs... spurn labels and are averse to “organized religion” with its expectations about moral lifestyles ..."
Ray Ingles How do categories differ among America’s ..."
"Atheists are those who are certain God does not exist, and the same for all ..."
Brian Westley How do categories differ among America’s ..."
"We already know what happens, Christianity is the only worldview that has completely answered all ..."
Lekrikrekral Why doesn’t the Bible mention dinosaurs?
Browse Our Archives
Related posts from Religion Q and A

Public Square
Why Do Catholics Pray for the Dead?
Religion Q & A

Public Square
What do world religions believe on polygamy, pro...
Religion Q & A