Is it OK to pray for President Trump’s defeat?

I think Trump is a bad president. Is it right of me to pray for his defeat?

Or turn Brad’s question around. Will it be proper for others to pray for the defeat of the Democrats’ 2020 nominee? The President has provoked the most ferocious pro-and-con political emotions in our lifetimes, so prayers inevitably result.

That’s because prayer is a virtually universal phenomenon. We all know the phrase ‘foxhole religion” about desperate situations. How many hardened unbelievers find themselves offering sincere prayers when their child is in the emergency room?  Even under ordinary circumstances, Pew Research polling shows 55 percent of Americans say they pray every day, while an added 21 percent pray regularly but less frequently. Even one-fifth of those without any religious affiliation or identity pray daily!

There are countless accounts of favorable responses to prayer, yet how do we understand the many prayers left unanswered? Why do bad things happen to good people despite their prayers? Why do good things happen to evil people who never pray? What happens when, as with election 2020, people pray simultaneously for opposite results a la President Lincoln on the two sides in the Civil War: “Both read the same Bible, and pray to the same God; and each invokes his aid against the other.”

Mysteries abound. A veteran minister’s newsletter says after a “physical breakdown” and full medical testing last year, doctors concluded he was “exhausted by stress and worry.” He indeed faced major difficulties, but the diagnosis surprised him because he was praying so earnestly. He finally realized “I was simply worrying in the presence of God,” which “wore me out.” His health gradually improved after he learned to relax and simply pray for “strength to persevere,” with “peace in the assurance that God has heard me.”

These are among the most complex matters of the human heart, as ancient as the Bible’s Psalms and Book of Job (which provide us no neat formulas). The Guy leaves those questions to pastors and philosophers, and merely offers a journalist’s notes on what some have to say.

Prayers about elections during formal church services are usually non-partisan, though a parson may slip in a verbal wink to make sure that the Almighty – and the parishioners – know which candidate or party is preferable. Here are a couple pre-election prayers provided for communal worship:

From the Episcopal Church’s Book of Common Prayer:  “Almighty God, to whom we must account for all our powers and privileges: Guide the people of the United States (or of this community) in the election of officials and representatives; that, by faithful administration and wise laws, the rights of all may be protected and our nation be enabled to fulfill your purposes; through Jesus Christ our Lord, Amen.”

From the U.S. Catholic bishops: “. . . We pray for discernment so that we may choose leaders who hear your Word, live your love, and keep in the ways of your truth as they follow in the steps of Jesus and his Apostles and guide us to your kingdom of justice and peace.” The full text takes on a programmatic flavor with expressed concern for e.g. victims of poverty and for “children unborn,” but without designating candidates or parties.

The United Methodist Church’s Book of Worship has a post-election prayer that includes this: “. . . Give to the people of our country zeal for justice and strength of forbearance, that we may use our liberty in accordance with your gracious will. Forgive our shortcomings as a nation; purify our hearts to see and love the truth.”

Noble thoughts, but generalized, whereas Brad seeks a highly specific outcome and in private prayer.

Countless how-to books say “petitionary” prayers asking God to provide something are inferior. They tell us prayers should first and foremost praise our Creator, offer thanks for his blessings, express hope that his spiritual kingdom will spread and prosper, beg forgiveness for our sins great and small, and ask that the person praying will be granted faith, hope, charity, love, wisdom, and opportunities to serve God and do good. All very important and healthy.

However, let’s admit that those “petitionary” prayers often monopolize matters. At this point, The Guy consulted “Letters to Malcolm: Chiefly on Prayer,” a little book that was the last to be written by the late British literary scholar C.S. Lewis, who almost always had sensible things to say in terms ordinary Christians can understand.

The book offers some reassurance. Are petitions the “lowest” kind of prayer? That may be right, “but so what?” People have prayed such prayers “since the world began,” and will continue to, Lewis observed. In the privacy of prayer, we can candidly bring before God “what is in us, not what ought to be in us.” Are our concerns too trivial to bother the Almighty? “If they are the subject of our thoughts, they must be the subject of our prayers.”

If more profound prayer fellowship with the divine is desirable, said Lewis, one of the best ways to learn this is bringing everything on one’s heart before God and gradually come to learn his nature and will through regular, honest communication.

Lewis noted that one petitionary prayer stands at the very crucible of the faith. On the eve of his death, Jesus Christ himself prayed: “Father, all things are possible for you. Remove this cup from me. Yet not what I will, but what you will.” Then came this: “Why have you forsaken me?” In times of anguish, ordinary mortals will pray the same way.

As for politics, Lewis’s discussion of the Lord’s Prayer and “thy kingdom come” contended that “prayer is not the time for pressing our own favorite social or political panacea.” Certainly politics should not overwhelm a believer’s prayer life. Yet asking for an election outcome is not at all selfish and seeks the perceived good of community and country. Seems to The Guy that Brad should pray away,  just as, per Lincoln, Trumpublicans will also be doing. 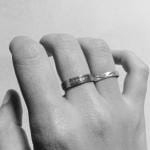 August 30, 2019 What is "fundamentalism"?
Recent Comments
0 | Leave a Comment
Browse Our Archives
Related posts from Religion Q and A

Public Square
Why Do Catholics Pray for the Dead?
Religion Q & A

Public Square
What do world religions believe on polygamy, pro...
Religion Q & A