Human Rights group says overhaul of psycho-pharmaceutical industry should begin with investigation into the drugging of 6- 12-year-olds. 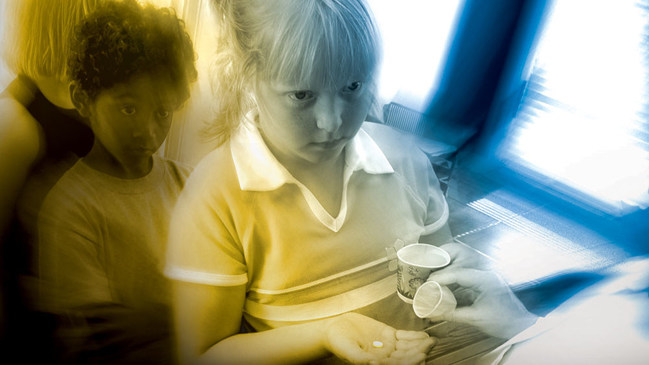 The United Nations Special Rapporteur on the right to health, Dr. Dainius Pūras, has called for a revolution in mental health care around the world to “end decades of neglect, abuse, and violence,” he said after presenting his latest report to the U.N. Human Rights Council in Geneva.[1] “There is now unequivocal evidence of the failures of a system that relies too heavily on the biomedical model of mental health services, including the front-line and excessive use of psychotropic medicines, and yet these models persist,” Dr. Pūras, head of the Centre for Child Psychiatry Social Pediatrics at Vilnius University, Lithuania, said.

Between 2007 and 2011, Dr. Pūras also served as a member of the U.N. Committee on the Rights of the Child (UNCRC), which held hearings on the increasing rate of children being labeled with Attention Deficit Hyperactivity Disorder (ADHD) and drugged with psychostimulants.[2]

Mental health watchdog Citizens Commission on Human Rights (CCHR) presented submissions to the UNCRC warning about the massive prescribing of psychotropic drugs to children in fourteen countries.[3] In response to the report submitted to one country, the U.N. body strongly recommended the establishment of a system for the “monitoring of the excessive use of psychostimulants to children.” The UNCRC was critical of the “medicating” of children “without expressly examining root causes or providing parents and children with alternative support and therapy.”[4] CCHR says a mental health “revolution” should start with an investigation into the more than one million 0-5 year olds prescribed psychiatric drugs, including 188,899 given stimulants in the U.S. An additional 4.1 million 6- 12-year-olds are also on psychiatric drugs, according to information obtained from IMS Health.

In his recent report, Mr. Pūras warns that power and decision-making in mental health are concentrated in the hands of “biomedical gatekeepers,” particularly those representing biological psychiatry.[5] CCHR’s submissions to the UNCRC had raised concerns about this biomedical emphasis.

The United States has one of the highest rates in the world of children prescribed psychostimulants, with 4.4 million children and adolescents on the drugs.[6] In May, QuintilesIMS Institute released the 2016 U.S. ADHD drugs sales and prescription information. ADHD drugs were the 13th highest class in prescriptions at 91 million, up 4.6 percent from 87 million in 2015 and nearly 20 percent from 76 million prescriptions in 2012. Sales of ADHD drugs were $11.2 billion in 2016.[7]

CCHR says the reliance upon the biomedical model is putting children at risk. A study published online in March 2017 in the Journal of Child Psychology and Psychiatry found that ADHD drugs such as methylphenidate and amphetamine-dextroamphetamine are not only ineffective in long-term treatment of “ADHD symptoms” but also can suppress growth if taken into adulthood.[8] Other adverse effects reported to the Food and Drug Administration (FDA) are recorded on CCHR’s psychiatric drugs side effects database.

A “Revolutionary” Approach to “ADHD”

According to the watchdog group, the U.S. should look to approaches overseas, in particular Western Australia and Dr. Martin Whitely, former Member of Parliament (MP) and teacher who challenged the monitoring of psychostimulants given children in his state. In 2012, Allen Francis, a U.S. Duke University professor of psychiatry emeritus, writing in The Huffington Post said that Martin Whitely “offers a proven public health cure for this false ‘epidemic’ of diagnosis and treatment [of ADHD], one that has already worked wonders in his native state of Western Australia.” The MP’s work caused a massive downturn in child prescribing rates after calling for greater accountability of psychostimulant prescriptions to children. “The resulting more rigorous and independently administered accountability resulted in a dramatic and sustained (60-70 percent) fall in child ADD prescribing numbers,” Dr. Whitely stated.[9]

Dr. Whitely helped in the release of a groundbreaking study on the long-term outcomes associated with stimulants in the treatment of ADHD. Known as the Raine study, researchers tracked children from birth to age 14 in Western Australian (WA). Published in February 2010, it provided the world’s first independent data on the long-term effects (eight years) of psychostimulants prescribed to treat “ADHD.” It found that amongst children who had been diagnosed with ADHD, those “medicated” with stimulants had significantly worse outcomes than those “never medicated.” Specifically those drugged were 10.5 times more likely to be failing school than those never drugged. Researchers also found that stimulants may predispose children to the risk of heart attacks and stroke.[10]

Like many experts, Whitely points to the subjective means of diagnosing ADHD that underlies the epidemic of child drugging, saying that “ordinary behaviors like losing things, fidgeting, being forgetful, distracted or impulsive are turned into symptoms for concocted ‘disorders’ like ADHD. They are not symptoms, they are behaviors; perfectly normal behaviors, especially for children. In some cases they may require some attention, love and/or discipline, but they don’t require amphetamines.”[11]

This subjectivity has also raised criticism within psychiatry itself. In 2013, Professor Frances, who was former head of the American Psychiatric Association’s Diagnostic and Statistical Manual for Mental Disorders (DSM) IV Task Force, said the manual and new drugs that were aggressively marketed were responsible for rates of ADHD that tripled in the United States over 15 years.[12] He called it a “false epidemic” of ADHD.[13] The most recent APA manual says: “No biological marker is diagnostic for ADHD.”[14]

After leaving politics, Dr. Whitely completed his Ph.D. thesis in 2014 at the John Curtin Institute of Public Policy in Western Australia on the subject of ADHD policy and practice in Australia.[15] He has also written the book “Speed Up and Sit Still: The Controversies of ADHD Diagnosis and Treatment.”

In 2016, a series regarding the “future of mental health” published in Psychology Today, included an interview with Dr. Whitely, who stated: “Psychiatric diagnoses rarely involve identifying a cause and virtually never involve finding a cure.”[16] A key to “changing the dominant ‘label and drug’ paradigm,” he recommended, “is confronting the disease mongers and debunking their pseudoscience. Another key is to demand from our politicians that our regulators are independent and guided by robust science.”[17]

The article further quoted Dr. Whitely: “Drugging distracted kids with amphetamines and similarly dangerous drugs is disgraceful. Twenty years from now adults will look back and wonder what their parent’s generation was thinking.”[18]

In January 2017, a study published the findings of a research team led by Dr. Whitely which analyzed data from 311,384 West Australian students aged 6 to 10 and 11 to 15. Of these, 5,937 received psychostimulants or other ADHD drugs. Among kids aged 6-10, those born in June, the last month of the recommended school intake, were twice as likely to have been given ADHD drugs as those born in July, the first month of the recommended intake. A similar difference was found in the 11-15 age group. “Similar findings in North America indicated that developmental immaturity is mislabeled as a mental disorder and unnecessarily treated with stimulant medication,” the researchers reported in Medical Journal of Australia.[19] In 2016, Dr. Whitely said, “Nothing demonstrates what a nonsense diagnosis ADHD is better than the now well-established late birthdates effects. Four (soon to be five) large-scale international studies have established that children who are born in the later months of their school year cohort are far more likely to be labeled ADHD and drugged than their older classmates.”[20]

Dr. Whitely is aware of the need for more public awareness, pointing to “the most influential exposé of psychiatric excess in the 1970s was One Flew over the Cuckoo’s Nest. We need similar exposés that both entertain and educate,” he said.[21] With that, he and a talented young Australian film maker Ben Kosterich and others produced the “mockumentary,” ADHD is BS (Behavioral Science). The mockumentary uses entertainment to educate that there is no biological marker to diagnose ADHD and the criteria are so broad as to enable any child to be diagnosed with the “disorder.”[22]

CCHR says that U.S. legislators could learn from Dr. Whitely’s experience. “For most politicians, mental health is a mysterious field. Many believe we need to do something about mental health; however, very few have any concept of what needs to be done. As a consequence, they rely heavily on ‘experts’ for advice. This is standard practice as politicians can’t be experts in everything they are required to make decisions about,” Dr. Whitely said.[23]

CCHR says a national inquiry is needed into the high numbers of American children, especially those younger than 12, being prescribed psychotropic drugs. CCHR was instrumental in obtaining the 2004 Federal Child Medication Safety amendment, which gives parents the right to refuse psychiatric drugs for their children as a provision for attending school. They want to see the law expanded beyond the education system and for governments to act on a UNCRC recommendation to “put a stop to the practice of labeling of children as ‘having a psychiatric problem,’ in cases that are not validated by medical evidence.”[24] This would be a start to reverse what Dr. Pūras describes as “a failure to integrate evidence and the voices of those most affected into policy, and a failure to respect, protect and fulfill the right to health.”[25]

CCHR is an independent mental health industry watchdog organization that works for patient protections and encourages the public to take action against mental health abuse. In the course of its 48 years it has helped get more than 180 laws enacted. It was established by the Church of Scientology and Professor of Psychiatry Thomas Szsaz in 1969 and today has an advisory board from diverse fields, including mental health, psychology, medicine, law, education and the arts. CCHR emphasizes that no one wanting to stop taking a psychiatric drug should do so without medical consultation and supervision.

[12] “Does your child really have a behaviour disorder? A shocking book by a leading therapist reveals how millions of us – including children – are wrongly labeled with psychiatric problems,” Daily Mail, 6 May 2013, http://www.dailymail.co.uk/health/article-2320493/Does-child-really-behaviour-disorder-A-shocking-book-leading-therapist-reveals-millions–including-children–wrongly-labelled-psychiatric-problems.html#ixzz2SciDb8UA.

[24] United Nations Convention on the Rights of the Child, Concluding observations on the combined third and fourth periodic reports of Germany, CRC/C/DEU/CO/3-4, 25 Feb 2014, http://tbinternet.ohchr.org/_layouts/treatybodyexternal/Download.aspx?symbolno=CRC/C/DEU/CO/3-4&Lang=En.

Related Links
About CCHR
Parents: Get the Facts—Know Your Rights

June 18, 2017 Commentary on the Humanitarian Perspective of the Scientology Religion
Browse Our Archives
Related posts from Scientology Beliefs 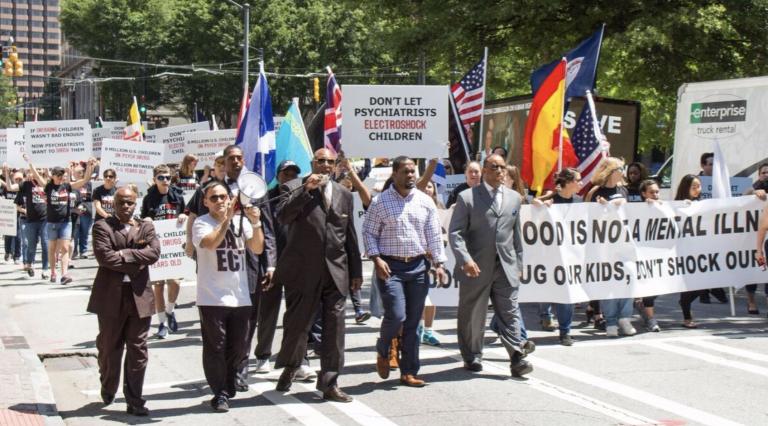 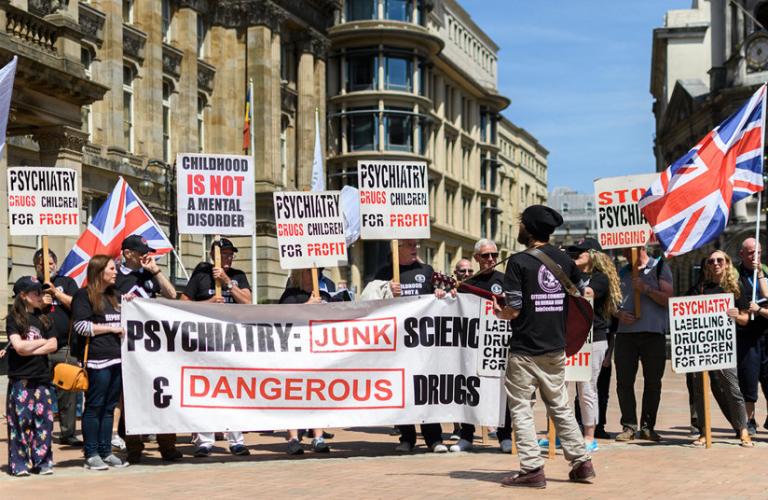 Home
What’s the Deal With Scientology and Psychiatry?
Scientology Beliefs