A Scientologist’s Response to “Critics”

Journalists always seem to get their panties in a wad, downright insulted that Scientologists, when asked to “respond to their critics” don’t immediately fall all over themselves in a rush to kneel at the feet of said journalists in fawning supplication, begging to be liked and hoping for approval. Isn’t that what’s supposed to happen? Isn’t that what journalists are accustomed to? Isn’t that why they were drawn to the profession in the first place? 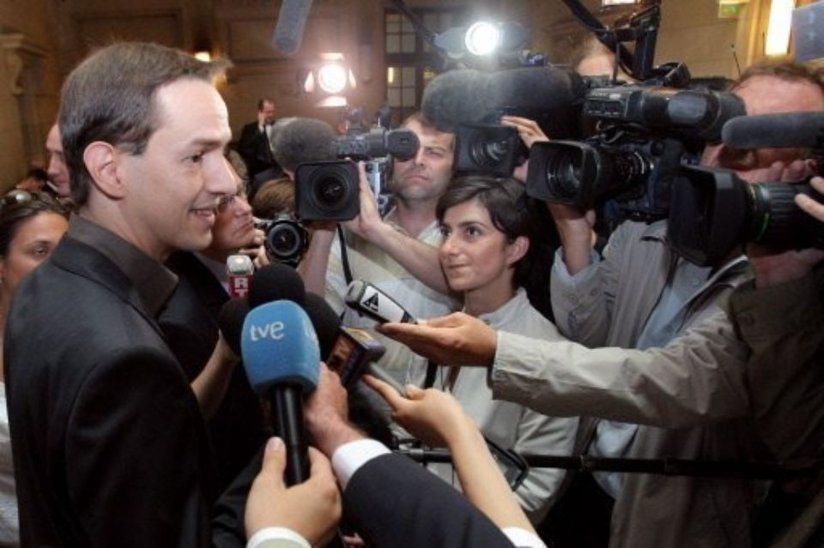 “Why, there must be something wrong with these Scientologists if they don’t fear journalists—if they don’t recognize how important and powerful we are! Who do they think they are anyway?”

Well, personally, though I have no desire to bow and scrape, kowtow or change my opinion about that “profession,” I will gladly step up and respond to accusations by “critics of Scientology” (as though it’s the only religion with any critics…). After all (and depending on the number of people—and motives—involved), there are at least two sides to every story and I will be glad to offer “the Scientologist” side.

But first I would like anyone reading this to put themselves in the following position: Imagine being in a job where you are free of consequences. Where you get paid whether your words and actions are right or wrong. Where you can say or do whatever you want, to and about whomever you want. Quite a feeling of power and security, huh? Now imagine having a person with that kind of job security as your enemy. For whatever reason, he hates you and wants to destroy you. He can say or do anything to you or about you, to as many people as he wants, without any consequence. Would you talk to that person, especially when you know, with 100 percent certainty, that anything you say will be used in an attempt to further harm you? Of course not. Your only option would be to keep living your life the best you could. Logically, that would exclude anyone who tries to make it worse.

Journalists learned long ago that accuracy and honesty are guaranteed to bore the crap out of any audience. No drama = no audience = no money = no job. Simple. The mob mentality of journalist-culture has already dictated that there is more money in panning Scientology. When a mob makes up its collective mind, the lynching is a done deal. Why would a Scientologist supply the rope?

There is, however, one obvious response to journalists about the “critics of Scientology,” and, as promised, I will give it here (drum roll please): read a Scientology book. One actually authored by L. Ron Hubbard himself. If you want to know the truth about what Scientology actually is that’s the only way to get it. You can judge for yourself after that.

“If you are not willing to pick up one of these books, then you don’t have the other side of the story and you can’t make an accurate or informed judgment.”

Allow me to recommend my personal favorite: Self Analysis.

Unless you have no spark of sanity left and are beyond all hope, this book will not only give you some basic Scientology theory but allow you to apply it immediately to your benefit. If you do the simple exercises in it honestly and diligently, you will not only improve your memory, mood and quickness of thought, you will get an insight into L. Ron Hubbard’s genius as an engineer and the thoroughness with which he explored and covered virtually every area of life. This simple book is a masterwork in its field of application. If a person reads it and puts it to use, he will not be disappointed. It’s a must-have for anyone who needs a good memory to succeed (which is pretty much all of us). For those of you with a science background, you will easily see how he applies observations of quantum theory to the mind.

For those whose education and professions are in the fields of math, science, engineering and even philosophy, I would invite you to read the Axioms of Scientology. These compose the philosophical framework upon which every theory and practice in Scientology is based. Understand them and you understand Scientology.

There are plenty of other basic books on Scientology covering the core beliefs and principles of the religion. You can read them for free in most libraries. If you are not willing to pick up one of these books, then you don’t have the other side of the story and you can’t make an accurate or informed judgment.

People who enjoy the drama of Scientology as portrayed in the media should at least be aware that they are enjoying a story as opposed to a reality. In fact, if drama is your thing, try imagining your own life, loved ones and associates converted into fodder for a media money-making machine. Imagine how they might be portrayed, and how—and IF—you would choose to respond.