On Mr. Arroyo’s anti-Francis propaganda show The World Over, Fr. Murray said he had no idea, none, why the pope would think the death penalty violates the dignity of the human person. Death Site News tells the tale of his woe.

Possibly Pope Francis might think so because Pope St. John Paul II had already said it himself. It’s in Evangelium Vitae. Perhaps Fr. Murray has read it; though, I begin to wonder whether he merely skimmed it for the parts about abortion. It’s been known to happen.

Whatever the case might be, JP2 explains to us very early in the text why God protected Cain from the death penalty. It’s in §9; tolle, lege. “Not even a murderer,” he says, “loses his personal dignity.” That is say, if Cain had been executed for the murder of Abel, it would have reflected, in some way, a loss of “personal dignity.”

Later, when speaking again of the death penalty, St. John Paul II lauds the “growing tendency … to demand that it be applied in a very limited way or even that it be abolished completely.” “Penal justice,” he says, must be “ever more in line with human dignity.” It is more in line with human dignity to rehabilitate a criminal than execute him. Thus says John Paul II.

So I am afraid that Pope Francis did not just make this up. I hate to break the news to the ignorant Fr. Murray. Pope Francis got it from St. John Paul II. I find it a marvel that the papal posse on Mr. Arroyo’s anti-Francis propaganda show was lamenting, and not all that long ago, that Pope Francis somehow contradicted Familiaris Consortio; yet now, they seem stupefied to be informed of what any fool can read in Evangelium Vitae. You explain that.

But it wasn’t just St. John Paul II. Pope Benedict XVI said the wery same thing. Even he. In a General Audience of November 30, 2011, B16 urged legislators to “eliminate the death penalty and to continue the substantive progress made in conforming penal law both to the human dignity of prisoners and the effective maintenance of public order.” Abolishing the death penalty is more in keeping with “the human dignity of prisoners.”

Perhaps I am mistaken, but I don’t recall Mr. Arroyo rounding up a papal posse to decry the heretical innovations of Pope Benedict XVI. I don’t recall skulls melting at Death Site News. I don’t recall Phil Lawler claiming to be confused in those years.

But yes, Pope Francis got it from Benedict XVI, too. I marvel at Fr. Murray’s ignorance. I mean, these quotations are all in the letter that Pope Francis sent to bishops. Did he not read that letter before he went on Mr. Arroyo’s anti-Francis propaganda show? Sloppy, sloppy.

At the end of the Death Site News article, the author obnoxiously adds:

LGBT ‘Catholic’ groups have already put forward the position that if the Pope can reverse Church teaching on the death penalty, then he should be able to do the same for homosexuality.

The pope hasn’t “reversed” anything. Pope Francis has extended the teaching along the very trajectory it had been going in the first place: Don’t kill unless you have to. In 2018, we don’t have to. This should be cause to rejoice. If the pope wanted to “reverse” the teaching, he would have said something like: “You know, John Paul II told us that legitimate reasons for the death penalty are practically nonexistent. He urged an end to the death penalty. So did Papa Ben. But I tell you that those reasons are to be found all over the world, and we should start killing criminals forthwith. In fact, who needs a reason to execute? Don’t let anything stop you. Round the bastards up. I’m telling you to kill, kill, kill. I want to see blood and gore and guts and veins in your teeth. Kill, kill, kill!” That would be a reversal.

It’s possible Death Site News does not know what the meaning of the word “reversed” is. That’s kinder than other things that could be said.

But then, in Dr. Kwasniewski’s absurd article, K. claims that the pope has made it all up out of thin air. (Well, he says ex nihilo, because you have to say it in Latin.) The reason Dr. K. knows it was ex nihilo is because Francis only cites his own words on October 11, 2017.

That’s false. Dr. K. seems not to have read the letter to bishops either. Let’s look at the pope’s citations there.

(Incidentally, when you go from “practically non-existent” to “non-existent,” that’s a development, not a “reversal.” Death Site News should invest in a dictionary.)

Are you paying attention, Fr. Murray? This is John Paul II who says this. Quite a lot here about the death penalty taking away the dignity of human life. But no, Francis just made it all up, you see. EWTN should take a close look at some of the scandalous nonsense getting vomited almost daily on Mr. Arroyo’s show. They won’t but they should. But you know, if John Paul II is urging an end to the death penalty and saying it is “cruel and unnecessary,” that’s pretty close to “inadmissible,” don’t you think? Where’s the “reversal,” Death Site? Where’s the ex nihilo, Dr. K?

So none of this is exactly ex nihilo, regardless of what Dr. K., aided and abetted by Death Site News, or Fr. Murray, aided and abetted by Mr. Arroyo and EWTN, say to the contrary. For these reasons, the pope explains in his letter, the update to the Catechism text is “in continuity with the preceding Magisterium.” It is “authentic development of doctrine that is not in contradiction with the prior teachings of the Magisterium.”

That is exactly right. Either you are ignorant of the teaching of John Paul II and Benedict XVI on this point, and just need to have it pointed out to you. Or, you know perfectly well what those popes taught and—but I shall end this post. 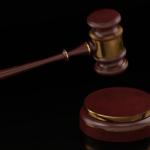 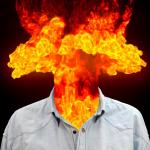 Dear Ohio: A Word About Snow
Steel Magnificat
Related posts from To Give a Defense