Your generous contribution will help them survive this existential threat to their very existence. Michael Hichborn is still bunkered up somewhere at Lepanto after I posted this vicious hit piece. He writes today from that bunker to defend himself against the “enraged” “social justice leftists masquerading as Catholics in our midst.” In our very midst, dear reader! Said social justice leftists (masquerading as Catholics!) are in a “blind rage” over the Lepanto Institute’s very mention of Judas!

(Let me pause here for a moment to show you a picture of my own blind rage.)

Now let me calm myself so I can continue. Bear with me, dear reader.

In this particular instance, the malicious assault on Lepanto was over a new meme (a different one than the one I addressed in my last post) suggesting that ugly and empty church buildings are a result of charity to the poor. I posted it on my own Facebook page. According to the meme, empty and ugly church buildings mean that “Judas got his wish”–that is, that fancy decorations be sold and the proceeds given to the poor.

Blind rage ensued, and now Lepanto needs your generous contributions so Mr. Hichborn can continue to make these memes. Otherwise, he will have to close it all down and find less socially valuable work than meme-making.

“The point is clear,” Mr. Hichborn continues in his fund-raising letter.

God deserves a place of honor; Judas was first in line to condemn such honor as frivolties — not because he had any true love of justice or society, but because he was pilfering the purse.

Now, you know, dear reader—Mr. Hichborn does not point this out, so I must—that was the wery point I made in my eeeeeeeevil hit piece on saintly Lepanto.

Judas does not want to give the money to the poor; he wants to keep it for himself and pretend he gave it to the poor. He does not practice social justice here at all.

Guess who pointed that out first, dear reader? I did.

But here is my question for Mr. Hichborn: If Judas “did not have any true love of justice,” then how is it that he is, in your estimation, the “patron saint” of social justice? That is what you did not explain before, and that is what you do not explain now. If you have an explanation, we would all like to hear what it is.

“If the “social justice warriors” had a patron saint[,]” Mr. Hichborn writes, “Judas Iscariot would be their man.”

Are any of the people challenging your memes stealing from the poor, Mr. Hichborn? Show us the evidence.

True social justice? Rejects the idea of social sin. There is no such thing. True social justice involves the corporeal and spiritual works of mercy. Leo XIII is clear in Rerum Novarum, that socialism is no solution to social questions — a fact lost on the political leftists who have been confused and misled as to what Leo XII and John Paul II taught regarding the social doctrine of the Catholic Church.

And where has anyone denied that social justice involves works of mercy? Many of them I listed in my own post, and one of them is feeding the hungry. And yet, if we believe all these Judas memes, that kind of thing detracts from the worship of God and leads to ugly churches.

And where has anyone advocated socialism? Define socialism, and explain how it differs from social justice as the Church speaks of it, and then tell me how what I presented in my post yesterday is socialism rather than social justice. That’s going to involve more than a meme.

In fact, so strong and so serious is the condemnation of this materialistic salvation that it is even prophesied against in Scripture.

Okay, I’ve had enough with this garbage. No one is advocating “materialistic salvation,” Mr. Hichborn. Who did that? Where? That’s not what I, or anyone else who has been challenging Lepanto this week, thinks social justice is. You think the poor are seeking to be saved by having food to eat? By having a sufficiently just wage that they can pay their bills, live in decent housing, and feed their children? That’s “materialistic salvation”? You think advocating for the poor is advocating for materialism? For being saved by money and things? Really?

I have not seen one single person, in all these mean and vicious attacks on Lepanto over the last couple of days, advocate for materialistic salvation. Where is that?

The request for donations goes on and on; and I won’t bore you with the rest, dear reader. 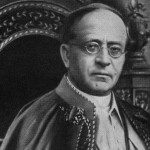 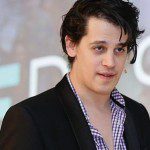 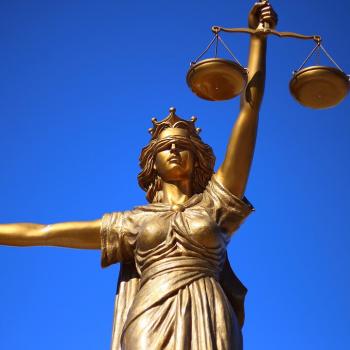 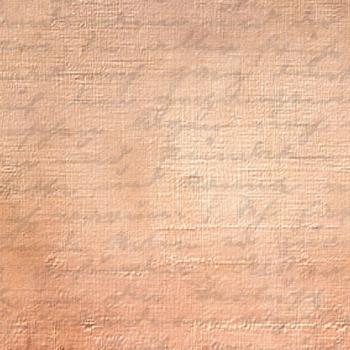 Catholic
Yes, The Term "Social Justice" Can Be Found...
To Give a Defense
TRENDING AT PATHEOS Catholic