Death as a Sacred Moment 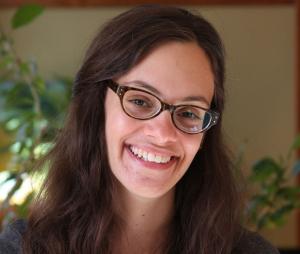 When June rolls around, I feel a certain sadness that contrasts with the natural world, with the bursting of life in the temperate northeast where I live. June is when the trees are in full flower, the grass is thick, and the days are long. This joyful context means it always takes me a minute to remember why I feel sad—because my grandfathers died in June, both of them, and even though it was more than a decade ago, my body responds to this season with a feeling of sadness.

My grandfathers died just a couple of days apart from one another, but their deaths were very different. My grandpa Art had a devastating stroke and then lived for a few months in the hospital, unable to communicate. His loved ones spent those months by his side and their expressions of love were powerful and moving, but the experience was anxious and confusing for all of us, as we prayed for him to die as quickly as possible. My grandpa Ted had pancreatic cancer, and after a year and a half of treatment, moved into my family’s living room to die. He ate all of his favorite food, including pie every day, and called loved ones, students, and friends from throughout his life to say goodbye. It was still painful, humiliating, and uncomfortable, but it was also deeply connected and meaningful.

Though spending time with people before, during, and after death has become a more regular part of my life as a rabbi and a chaplain, I always think of my grandfathers as examples of different experiences of death. Both of them had tremendous privilege that gave them access to outstanding medical care, and both of them had supportive families who knew what their wishes were and could access resources to meet those desires. Yet they still had very different experiences of death.

It is a deeply human experience to wonder about how we will die, and even to hope for certain things—for a long life, to die with comfort, without anxiety or pain. This is reflected in a powerful midrash about the death of Aaron, which takes place in Parshat Chukkat. In the parsha, God instructs Moshe to take Aaron and his son Eleazar up to Mount Hor, and to strip Aaron of his clothes and put them on Eleazar. There, the Torah says, “Aaron shall be gathered unto the dead” (Numbers 20:26).

Curious about why God instructed Moshe to strip Aaron of his clothing and put them on Eleazar, the ancient rabbis wrote a midrash in which they expanded this act into one of spiritual accompaniment, imagining the steps through which Moshe guided his brother Aaron to his death. Aaron’s death is beautifully rendered, and the spiritual care Moshe offers him is exquisite.

As the midrash imagines it, Moshe first asks God for help in figuring out how to let his brother know that his “time has arrived.” Moshe first tries speaking in metaphor: “My brother, could it be that God entrusted a pledge to you, and now God is seeking its return from you?” But Aaron doesn’t get the hint. Instead, he wonders if he has somehow failed in his priestly service. Moshe tries again: “God gave you a menorah with seven lamps.” The light of the menorah is understood to be a clear metaphor for the human soul, as we say in Proverbs (20:27), “a person’s soul is the lamp of God.” Yet Aaron, as we might say in modern parlance, wasn’t feeling it: lo hirgish badavar. So finally Moshe says, “My brother Aaron, your time has come to pass from this world,” and Aaron puts his hands on his head and weeps.

The way Moshe communicates is gentle and spacious, and, when needed, direct. Once Aaron understands the news, Moshe comforts him with words from Psalms.

Then Moshe says, “Aaron, our ancestors died in this place, and you are wearing the garments of the priesthood. Take them off and Eleazar will wear them, and you and I will go into the cave.” The garments will be rendered unfit for ritual service if Aaron wears them into the burial chamber, but Moshe offers Aaron the utmost dignity when he invites him to take them off, by calling in their ancestors. They, who are so revered to us, died too. You are going to be with them; you don’t need these earthly garments any more. He also reminds Aaron that Aaron’s son will carry on Aaron’s legacy. The emphasis is not on preserving the ritual purity of the clothes, but on supporting Aaron’s transition out of them.

When they enter, they see a lamp has been lit and a bed spread out. Moshe says, “Aaron, my brother, ascend to this bed,” and Aaron does so. The midrash does not use the word shachav, lie down, but alah, rise. Moshe uplifts the sanctity of Aaron’s experience every step of the way. And he attends to every part of Aaron’s body with gentleness, care, and clarity.  Moshe says, “Spread out your hands,” and Aaron spreads out his hands. He says, “Close your eyes,” and Aaron closes his eyes. He says, “Close your mouth,” and Aaron closes his mouth, and in that moment his soul departs.

In its typical succinct style, the midrash conveys the searing pain, the astonishing tenderness, and the profound mystery of the moment, a holy moment. Earlier in the parsha, the Torah catalogues the myriad ways proximity to death renders someone impure and describes a processing for cleansing oneself of the impurity conveyed by death. It suggests that death is taboo, dangerous, and needs to be contained. The midrash, in contrast, uplifts death as a sacred moment worth being present for.

The midrash offers a beautiful testimony to how we might accompany our loved ones through their death, but it also reads like a fantasy, as few deaths are ever so measured, so predictable, so calm. The midrash goes on to say that when Moshe saw Aaron die, he longed for his own death. It is, again, an exquisite expression of a deeply human experience: to long to be loved and comforted in our death, just as we long for that in our life. I, too, when witnessing the peaceful death of someone who has lived a long life and is surrounded by loving hands, have felt to myself, “I hope my death is something like this one.” That longing resides within uncertainty, the impossibility of knowing how we will die and what our deaths will be like.

I wasn’t there for the moment when either of my grandfathers died, because death is inevitably messy and complex, and it’s very hard to know where we need to be. But we do the best we can. During that time, I imagined the deaths of my parents and my own death. I felt acutely aware of both the privilege and the arbitrariness that allowed my grandfathers to live long lives, and to die in relative comfort. This June, I give thanks for my grandfathers and the way their memory still blesses my life. I give thanks for the wisdom of our tradition which teaches us to sanctify death. And I pray for a world in which everyone can be surrounded by love and gentle guidance when they die.

Rabbi Leora Abelson is a 2017 graduate of the Rabbinical School of Hebrew College and serves as a congregational rabbi and is training to be a healthcare chaplain. Leora is passionate about queer embodied theology and making the ancient wisdom of the Jewish tradition accessible to social movements and anyone building a just and peaceful world.

Interested in a possible career in the rabbinate? Read Rabbi Dan Judson’s article “Jewish Lessons on Meaningful Work.“ Rabbi Judson is Dean of  the Rabbinical School of Hebrew College. He has a PhD in Jewish history from Brandeis University.

June 25, 2018 Something of Redemption
Recent Comments
0 | Leave a Comment
"Had Social Media/Internet existed back in the 1930s the Holocaust wouldn't have happenThe basic hazmat ..."
Christian Enough is Enough
"If Jews had just become Atheists, the Holocaust would not happenJews are historically a weak ..."
Christian How Moses Comes to Terms with ..."
"There is no historical evidence of any kind of the existence of Jesus that originstes ..."
rationalobservations? Belief and Disbelief in the Face ..."
"As Crossan said about the encounter with Jesus on the road to Emmaus, that it ..."
Newton Finn Belief and Disbelief in the Face ..."
Browse Our Archives
get the latest from
Seventy Faces of Torah
Sign up for our newsletter
POPULAR AT PATHEOS Jewish
1

Jewish
Building Towers to Knock Them Down
Seventy Faces of Torah

Jewish
“In the beginning…”: Returning to the Wild Depths...
Seventy Faces of Torah 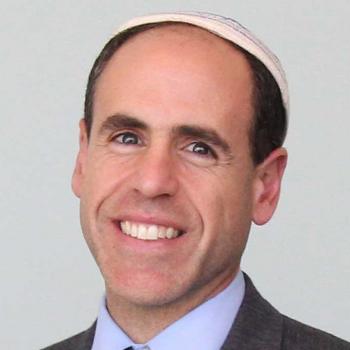