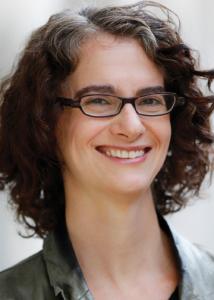 “Imma, you’re not being fair!” complains my eldest son as he fights with his middle brother over who gets to choose stickers first. “Imma,” says my middle son, “you always let him choose first!” “Work it out!” interjects their father. “I want them first,” chimes in the youngest. It is a classic parental dilemma: do I make the judgment about who gets the stickers first or do I wait and let them argue until they compromise? Should I be the judge or should I be the mediator?

The Torah portion Shoftim commands Israel to establish judges and magistrates wherever they should live. The Talmud, as is its way, explicates the details of judging. How many judges are necessary to render a verdict? How do we account for and protect against the bias of judges? What are the criteria by which we appoint judges? How do we ensure that judges are just? Yet judging is not the only way that the Talmud imagines resolving conflicts between disputants. It also imagines mediation as a technique for conflict resolution. Although this passage begins by condemning mediation, it concludes by praising it:

Rabbi Eliezer the son of Rabbi Yosi the Galilean says: It is forbidden to mediate [a dispute], and anyone who mediates [a dispute] is a sinner. And anyone who blesses the mediator curses God. And about this it is said, “The grasping man reviles and scorns the Lord (Psalms 10:3).” Rather, let judgment pierce the mountain. As it is said, “Because judgment is God’s.” And thus Moses would say, “Let judgment pierce the mountain.” But Aaron loved peace and chased peace and would establish peace between people. As it is said, “The teaching of truth was on his mouth, and falsehood was not heard on his lips. With peace and uprightness he walked with Me, and turned many away from iniquity” (Malachi 2:16).

Babylonian Talmud, Sanhedrin 6bAs the lawgiver, the one who received Torah from God at Sinai and gave it to Israel, Moses becomes the paradigmatic judge. As the one who chases peace and loves peace, Aaron, Moses’ brother, becomes the paradigmatic mediator. Moses declares, “Let judgment pierce the mountain.” For Moses, it appears, strict judgment—judgment that is strong enough to cut through even a mountain—is the ideal. Aaron’s view is quite different. According to the Talmudic commentator Rashi, when Aaron would hear two people arguing, he would chase after them to put peace between them before they came to court. For Aaron, mediation required his active intervention in people’s disputes.

The imagery of “let justice pierce the mountain” might lead us to say that Moses’ way, to move through whatever is in his path, is the way of truth. The goal of mediation, on the other hand, is peace, an agreement which may come at the expense of truth. However, the Talmudic passage belies this claim. For it concludes by quoting a verse from the prophet Malachi that reads truth into Aaron’s actions: “The teaching of truth was on his mouth.” Truth, the Talmud teaches us, does not necessarily lie in some absolute calculation of right and wrong or blame and innocence. Rather, the process of meditation, of seeking peace between two people, is itself a path and process of truth. Truth may also lie in turning from the conflict of court and pursuing compromise. It is for this reason that another sage, Rabbi Yehoshua ben Korha declares that it is a commandment to mediate.

Jane Kanarek is Associate Professor of Rabbinics at the Rabbinical School of Hebrew College in  Newton Centre, MA.

August 7, 2018
Blessing, Curse, and the Freedom to Choose
Next Post

August 21, 2018 The Torah needs a Trigger Warning
Recent Comments
0 | Leave a Comment
"I am very sorry to mention this but there is something off with the formatting ..."
gloriamarie The Coronavirus Yahrtzeit; Turning Around the ..."
"I am very sorry to say this, but there is something off about the format ..."
gloriamarie “Return from the Place of Shattering”
"Had Social Media/Internet existed back in the 1930s the Holocaust wouldn't have happenThe basic hazmat ..."
Christian Enough is Enough
"If Jews had just become Atheists, the Holocaust would not happenJews are historically a weak ..."
Christian How Moses Comes to Terms with ..."
Browse Our Archives
get the latest from
Seventy Faces of Torah
Sign up for our newsletter
POPULAR AT PATHEOS Jewish
1