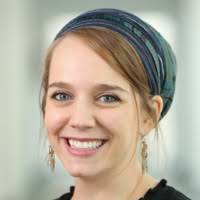 He didn’t mean to…
He wouldn’t have, if only…
There was nothing he could have done to prevent it…It only happened because she was too…

With these words, we subtly dismiss the perpetration of violence and subjugation inflicted on those least protected by our social and political systems. They all too easily roll off the tongue when we hear news of some horrific violation.

Did you hear that she had been drinking too?
He is such a nice guy, he couldn’t have possibly done that.
That’s just what happens at parties.

Perhaps we want to assume the best in people—innocent until proven guilty. Or maybe we say these words as a kind of defense mechanism, because as long as there is a “logical” explanation for such incomprehensible behavior, we can maintain the facade that we are not at risk of falling prey to it.

The instinct to shift the burden of responsibility away from the accused is deeply embedded in our broader society and within Jewish tradition itself. We want to believe that our heroes and leaders are flawed just enough to be relatable, but ultimately immune from more dangerous temptations of power and privilege, and certainly incapable of committing horrific crimes.

In parashat Lech Lecha we read of Abraham’s physical and spiritual journey away from home. As his journey takes him to Egypt, he develops a plan to ensure his good fortune and to protect himself, especially as a vulnerable foreigner. He turns to his wife, Sarah, and he says “… I know what a beautiful woman you are. If the Egyptians see you, and think, ‘She is his wife,’ they will kill me and let you live.

This is the first subtle shift of responsibility in the story. The risk to Abraham’s safety is not his own, but rather it is because of Sarah’s beauty that he will be threatened. The moral burden now rests squarely on her shoulders.

If only she had been homelier in appearance, the trauma she’s about to face would have never come to pass.

What is Abraham’s strategy to survive in Egypt: “Please say that you are my sister,” he pleads, “in order that it may go well with me because of you, and that I may remain alive thanks to you” (Gen 12: 11-13). As a result, Sarah is left with an impossible burden—a choice between her own safety and that of her husband.

We never hear from her. The cry of her silence is haunting.

As the story continues, Sarah is, in fact, taken against her will, transferred as the subject of one man (Abraham) to that of another man (Pharaoh). All the while, Abraham is celebrated, enjoying a bounty fit for a royal guest.

Just as our eyebrows begin to raise and enduring ethical questions start to formulate in our minds, Jewish commentary enters here to defend our patriarch. The RaDaK (Rabbi David Kimhi, (1160–1235) offers the following explanation:

“It is quite inconceivable that Abraham wanted to use his wife in a manner that a pimp uses a prostitute.”

“Even though Abraham experienced much financial benefit, this is something he had not counted on at all.”

“Had he not been in Pharaoh’s country and been afraid to reject these gifts, he would most certainly not have accepted them.”

And perhaps, as we read these words, we find a sense of comfort in them. They allow us to disengage from the pain that we feel when we think of the horror that must have befallen Sarah. These excuses offer us a kind of “out,” an opportunity to turn away from the pain and embarrassment of these actions with our sense of dignity intact.

But in doing so, is it really dignity that we carry with us, or willful ignorance?

It is much easier to turn away than it is to look at the disturbing scene unfolding in front of us and to truly bear witness to the pain of the subjugated and abused. And if we do address individual cases of abuse, are we willing to ask more challenging questions about the systemic roots of such violence and criminality? In a world where power is asserted through the violation of women’s bodies, are we willing to see and name the ways in which our religious, cultural, and political systems contribute to this destructive power imbalance?

Let us not turn away. Let us open our ears and hearts to Sarah’s silent cry calling to us from the void—a “still small voice” pleading to be heard, begging to be believed. As she begins to share with us the details of her trauma, may we be strong enough to resist the urge to dismiss her, refusing to be complicit in silencing her once again.

Rabbi Elizabeth Bonney-Cohen is Assistant Rabbi and Director of Outreach & Innovation at Congregation Kehillath Israel in Brookline, MA. She is a 2018 graduate of the Rabbinical School of Hebrew College in Newton Centre, MA.

October 24, 2018 The Call to Protest
Recent Comments
0 | Leave a Comment
Browse Our Archives
get the latest from
Seventy Faces of Torah
Sign up for our newsletter
POPULAR AT PATHEOS Jewish
1

Jewish
A Festival for All of Us: MLK, Inauguration,...
Seventy Faces of Torah