What My Neighbor Needs 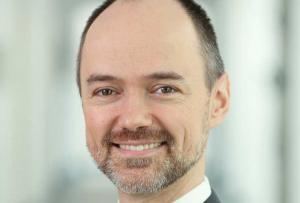 When you live in San Francisco some of your neighbors are likely to be Catholic. From the early Spanish missionaries and settlers to later Mexican and Central American immigrants, from Irish, Italian, Filipino, and Maltese immigrants to their descendants, San Francisco is a Catholic town. This might seem to contradict San Francisco’s more widely known image first as a city of libertines and later as a center for gay movements and cultures, but the two realities have long lived side by side, and often mingled with each other. Sometimes this mingling has been tense, and occasionally tragic, as when Irish Catholic Supervisor Dan White assassinated Mayor George Moscone and gay Jewish Supervisor Harvey Milk in San Francisco City Hall in 1978. Often it has been quotidian. Sometimes it has been neighborly, and occasionally truly so.

One place where these two cultures – Catholic and LGBTQ – are particularly visible as neighbors is the corner of Dolores and 16th, between the historically Latino Mission District and the famously gay Castro District (itself previously the Irish neighborhood of Eureka Valley). On one corner stands Mission Dolores Basilica, a Spanish Baroque church located next to the original Spanish mission where colonial settlement of the Bay Area began in 1776. Right across the street is Congregation Sha’ar Zahav, the City’s LGBTQ synagogue, one of the first in the world, founded nearby in 1977 and now located in this brightly-painted wooden two-story building. From the sanctuary in Sha’ar Zahav you can see the cupola of Mission Dolores through the windows just beneath the ceiling. It’s a lovely, if seemingly incongruous, view.

It was in Mission Dolores that I heard my most memorable sermon on this week’s Torah portion, Kedoshim. I was a community organizer working with several churches and synagogues throughout San Francisco, including Mission Dolores and Sha’ar Zahav, and I often found myself in services, getting to know the congregation, waiting to meet more congregants afterwards. This particular Sunday a visiting priest gave the sermon. He spoke about the commandment from our Torah portion, “Love your neighbor as yourself.” (Lev. 19:18) Or perhaps he was talking about the same commandment in the Christian Bible; no matter, Jesus was referencing Leviticus. The priest pointed out that to obey this commandment and have it mean anything, you have to first love yourself – if you do not love yourself, loving your neighbor in kind is no act of love at all. He said that you need to be able to look yourself in the mirror and truly love what you see in order to fulfill this commandment. I immediately liked this reversal of the usual way the verse is read as being only about love for the neighbor. But it was much more than a surprising twist, and even much more than a nice statement of self-love. Here, in a monumental Catholic basilica mere blocks from the center of the Castro District, a Catholic priest gave a loud, unmistakable call for unconditional self-love. For everybody. There were gay Catholics in the pews that day as there always are, and no doubt they knew he was speaking directly to them. This priest was not considering that Jews read Leviticus 19:18 in the same portion as Leviticus 20:13; when considered through a Jewish lens, the proximity of the verse he preached to the verse that has been the source of so much pain for LGBTQ people makes his message of gay self-love is even more powerful.

It was at another Catholic church in San Francisco around that time that I saw this commandment go from homiletic affirmation to love in action. It was at an interfaith clergy lunch, and among the scriptural texts under discussion was the same verse. Later in the lunch, Rabbi Camille Shira Angel from Sha’ar Zahav made a carefully crafted request of her colleagues around the table – over half of them Catholic priests – related to Proposition 8, the measure on the upcoming ballot that would outlaw same-sex marriage. She told about her Jewish wedding – not legally sanctioned – to her wife, which was followed later by a hurried civil marriage during the brief window when same-sex marriages had been legal. She shared what it meant to their daughter that her parents’ marriage lacked legal recognition, and what it meant to her congregants that they lacked the right to marry their partners. She laid bare her and her community’s aching need. Knowing that the Archdiocese was backing Prop. 8, she asked that – though they couldn’t actively oppose it – they not actively support it. A wrenching and amazing conversation ensued. One priest wondered whether later generations would universally judge him and his church as being on the wrong side of history, as it judged slave holders who had not believed themselves in the wrong. Another priest related that he had just returned from an Archdiocesan retreat where all the priests were exhorted to preach in favor of Prop. 8 from their pulpits. Now, at this table of his fellow priests and other clergy, following Rabbi Angel’s request, he asked aloud “Can I love my neighbor as myself if I deny him the ability to marry?”

I spoke to this priest the following week. He told me that the Archdiocese had sent him flyers in support of Proposition 8. He had recycled them. He did not preach in support of Proposition 8 from the pulpit. I encouraged him to call Rabbi Angel and tell her this, which he did. She reported the conversation to me and many others; she was flying high for a week. The lesbian rabbi who worked across the street from Mission Dolores had asked her neighbor to not deny her needs, to not do unto her what he would not have others do unto him.  He had responded that he would respond to her needs, he would love her, his neighbor, as himself.

I, a young Jewish organizer, learned about this commandment from two priests and a rabbi, all of them my neighbors, all of them each other’s neighbors in San Francisco’s mixed streets of Catholics and Jews, LGBTQ folks and straight folks. It was out of these and other experiences working with those churches and synagogues that I decided to become a rabbi myself.

Much earlier, another rabbi, unembarrassed, had also learned a related lesson about this commandment from some Christian neighbors:

“And you shall love your neighbor as yourself…” It is told about R. Moshe Lieb of Sasov that he used to say: I learned “Ahavat Yisrael”(Love of the People of Israel) from a certain gentile. Once I saw two gentile villagers sitting in a pub wasting time and getting drunk. As their hearts were gladdened by burnt wine, they began to kiss each other. One asked the other:

“Do you really love me?”

“Certainly,” answered the next.

“How can you tell,” asked the first, “that you love me, unless you know what I need?”

At that moment, said R. Moshe Lieb, I learned that a Jew doesn’t truly love his neighbor unless he knows what he needs.

[1] This priest served a church elsewhere in San Francisco, not Mission Dolores itself.

Rabbi Josh Weisman, a 2018 graduate of the Rabbinical School of Hebrew College in Newton, MA, is the Jewish Emergent Network Rabbinic Fellow at the Kavana Cooperative in Seattle.

May 15, 2019 Speakers of Infinity and Finitude
Recent Comments
0 | Leave a Comment
Browse Our Archives
Related posts from Seventy Faces of Torah

Jewish
Taking Hold of the Shofar: Dreams of Past...
Seventy Faces of Torah 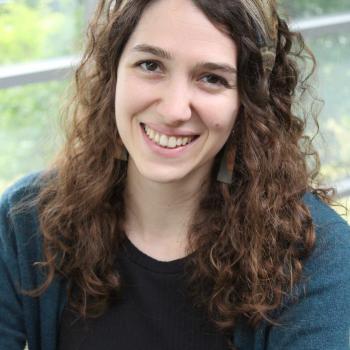 Jewish
The Mitzvah of Forgetting
Seventy Faces of Torah 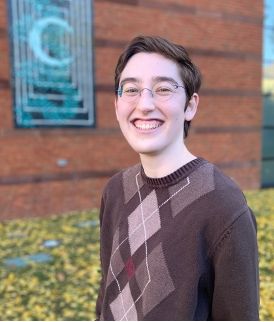