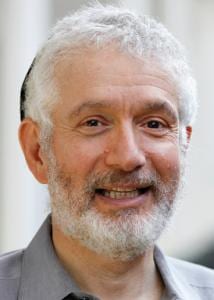 Rashi, based on early Midrash, explains this to mean that you must not use an overweight or oversize measure when you are making a purchase, thereby cheating the seller; or an underweight or undersize measure when you are making a sale, thereby cheating the purchaser. Rashi calls this deceptive practice employing “a large measure that contradicts the small one,” since each of the weights purports to be, for example, a kilogram, but one is actually above that mass and the other below. This is an early version of fair trade legislation.

One might say that such concerns were crucial back in antiquity, but we live in a country that has a Department of Weights and Standards, which enforces uniformity and honesty in such matters. However, the reality is more complicated — and more painful. It is true that when we fill up our gas tanks with fuel, we expect the government to have monitored the pump so that we receive the actual number of gallons we are paying for. But “just standards” is a much more expansive concept.

Our society has recently uncovered a number of scandals where people of wealth and power have influenced a supposedly-fair and equitable system of assessment to their advantage. One example is that of college admissions, where money has been a factor in competitive and ostensibly merit-based decisions.  The most egregious cases involve outright fraud, where applicants have misrepresented their academic or athletic achievements to the point of inventing an ideal perfect applicant, a fictional person with no basis in fact. These examples are easy to condemn, and rightly so. But other cases involve more subtle and sophisticated efforts to influence a supposedly-fair process, such as making a large financial contribution with an expectation that one application will be considered more favorably than those of other equally-worthy candidates. This kind of quid pro quo, where some applications are weighed by different criteria than others, is certainly covered by Deuteronomy 25.13-16.

Then there is another kind of weighing — the weighing of evidence in criminal legal proceedings. The criminal justice system is supposed to be blind, applying due process in all cases, and insisting on a standard of “guilt beyond a reasonable doubt” for all suspects. Sadly, however, the reality is very different. At nearly every stage, the system favors wealthy and high-status individuals, and is biased against the poor and vulnerable. Again, there are some egregious examples involving prosecutorial misconduct, fabrication of evidence, manipulation of witnesses, withholding of exculpatory information, and the like. But even without such blatantly outrageous practices, the system empowers individuals of means to hire the best attorneys and private investigators to build the best possible case, while the poor may be represented by overworked and underpaid public defenders, lacking in resources to vigorously make a case for innocence.  Under these circumstances, it is deeply troubling — but not surprising — that miscarriages of justice occur all too frequently, and innocent people languish in prison for crimes they did not commit.

The Torah tells us that when you apply just standards to all, then your days will be lengthened on the ground that the Lord your God gives you. (Deuteronomy 25.15) This can be understood in a naturalistic way: when equal standards are applied in all circumstances and to all people then society will thrive and the country will enjoy robust health and security. But when injustice and double standards prevail, the rot will eventually affect every aspect of society, corrupting it and weakening it from within.

The Torah teaches that merely to possess flawed measures in one’s home is a violation, even when they are not deployed. Double standards compromise all transactions — even the ones that are ostensibly fair and just. The only way to make sure our society thrives and continues to be secure “on the ground that we have been given” is to ensure that all of us — rich or poor, celebrity or unknown, long-time citizen or recent immigrant — are judged by the same criteria. The God of Israel demands justice: one standard for all.

Rabbi Nehemia Polen is Professor of Jewish Thought at the Rabbinical School of Hebrew College.

September 18, 2019 Telling Our Stories, Living Our Stories
Recent Comments
0 | Leave a Comment
Browse Our Archives
get the latest from
Seventy Faces of Torah
Sign up for our newsletter
POPULAR AT PATHEOS Jewish
1